Having supplied Tuesday’s session-topper, Castlehyde Stud were to the fore again at the Tattersalls Ireland September Yearling Sale when their Exceed And Excel filly was bought by Rabbah Bloodstock on Wednesday for £200,000.

It was clear to see why the filly attracted plenty of interest as she is a half-sister to this year’s Lowther and Princess Margaret Stakes heroine Zain Claudette, who is set to contest Saturday’s Group 1 Cheveley Park Stakes.

Zain Claudette’s trainer Ismali Mohammed was the one who secured the filly and said: “She is for Zain Caludette’s owner Saeed H Al Tayer. I was on the phone to the owner, he was keen to buy her, I hope she will as good. There are some similarities between the two horses.

“We thought we might buy her for £100,000, but we were keen to get her – because we have Zain Claudette, who is already a Group race winner and if she wins a Group 1, then we have the sister, too.” 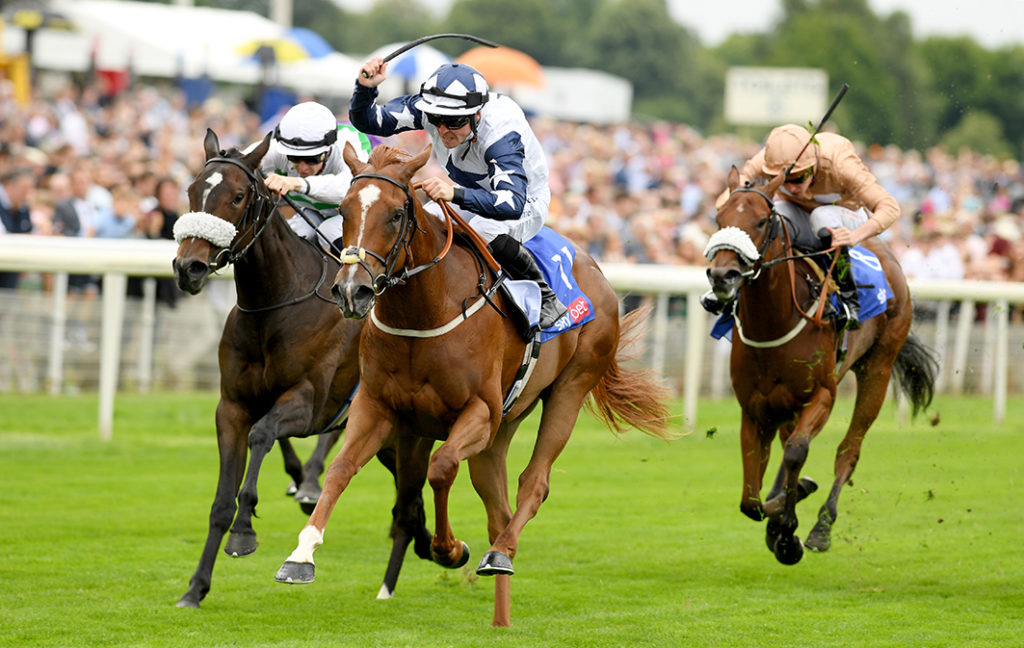 The two fillies were bred by Andriy Milovanov and the President of the Ukraine Equestrian Federation was on hand at Tattersalls to see the filly be sold.

He added: “I am very happy with the sale. Her dam [Claudette] was covered by Ten Sovereigns and maybe next year we go back to No Nay Never. I have about 16 mares and they are at Coolmore and [the] Irish National Stud.

“There was a temptation to keep this filly to race, but she has gone to good hands.”

Earlier on during Wednesday’s trade, a colt by Smooth Daddy was snapped by Charlie Johnston for £120,000.

Kildallan Farm’s offering, who consigned the colt on behalf of breeder Christopher Johnston, is the first foal out of the unraced Magician mare Silesie and his further family includes Group 1-winning two-year-old Air Force Blue.

Dermot Kilmartin of Kildallan Farm said: “The colt has been very straightforward since the day he came in for prep and this is an absolutely super result, I can’t believe it to be honest.

“Christopher was watching online and is over the moon – I am a man of few words at the moment! Listen, I have to pinch myself, it is great for Christopher and great for the sire too, it is a great advertisement for Micheal Orlandi [of Compass Stallions which stands Smooth Daddy at Starfield Stud], he is at every sale driving on.

“Being honest with you, the last couple of days he has been very busy, fair play to Mr Johnston and Mr Woods, they loved him from the time they saw him. I knew there were people on him, but I didn’t think he’d make that kind of money. Fingers crossed he goes on well on the track.”

“This is a sale that is quite close to my heart through Rose Of Kildare and this colt has cost a hell of a lot more than she did, but let’s hope he is as successful!” – Charlie Johnston pic.twitter.com/P9iFv6FOOD

Johnston added: “He’s a cracking individual. Obviously, that was a lot more than I thought he would make, but he was a real stand-out.

“This is the first one I’ve seen by the sire, but Micheal used to for us, many moons ago, so we know him well and it is a great start for his stallion. This is a sale that is quite close to my heart through Rose Of Kildare and this has cost a hell of a lot more than she did, but let’s hope he is successful!

“He was just a really lovely model, with a great walk on him. Not over big, but a real active, strong type and he looks a runner.

“We’re certainly always looking to increase the quality, but we’ll still be looking at the lower end for our syndicates as well. This is just the start of a big three or four weeks ahead so hopefully we’ll get plenty.”

Another good result for Coole House

It was a fabulous result for Mark and Barbara Dreeling of Coole House who during Tuesday’s session had sold a Fast Company colt for £90,000.

Mark said: “The last 24 hours have been phenomenal for us, the best two days of my life in the industry! My wife Barbara and I set a plan about five years ago to get a Cape Cross mare.

“We personally don’t like very big mares and the sire has a tendency to throw a big mare. It took us time to find one and we found her by chance from John Murphy. We went to the sales to see her specifically, spent ten seconds looking at her.

“I was busy with breakers at home and could not go back to the sale when the mare sold on Monday, so I said to Barbara, ‘You have one job to do, don’t go near that stable door, don’t do anything, just arrive in the morning, go to the ring and don’t come without her!’ So, it is all down to Barbara!

“We are huge fans of Footstepsinthesand – we bred Larchmont, Lexington Fury, Golden Shoe, he has been so good to us. We have supported him since his first year.

“This is a fabulous first foal out of the mare. She has an incredible Bated Breath foal, who is ten times better and will come here next year, and she is in foal to Ten Sovereigns.

“We could not be happier when do you get a day like this! Two wonderful foals, two beautiful mares. It has been a hard year for Barbara and myself, we have both had health issues. It has been rough, but we are here, and the focus was to get these two here to the sales and for me to be better to be with them.” 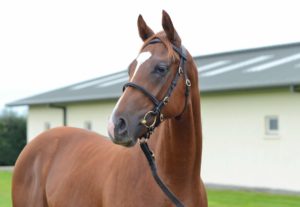