Yibir shows his class in the Princess Of Wales’s Stakes

Godolphin’s Yibir returned to something like his best with a comfortable success in the Group 2 Princess Of Wales’s Stakes (1m4f) on Newmarket’s July Course on Thursday.

The Charlie Appleby-trained four-year-old had captured the Group 3 Bahrain Trophy at this meeting a year ago and went on to take the Grade 1 Breeders’ Cup Turf at Del Mar although he had yet to score this season, having been placed on all three starts.

William Buick held Yibir up at the back of the six-runner field as stable companion Global Storm and James Doyle set the pace, tracked by the Mark Johnston-trained duo Living Legend and West End Charmer.

Asked to improve his position with two furlongs to run, Yibir began to make steady headway on the outside, hitting the front with half a furlong to run and running on strongly to defeat Living Legend by two and a quarter lengths. 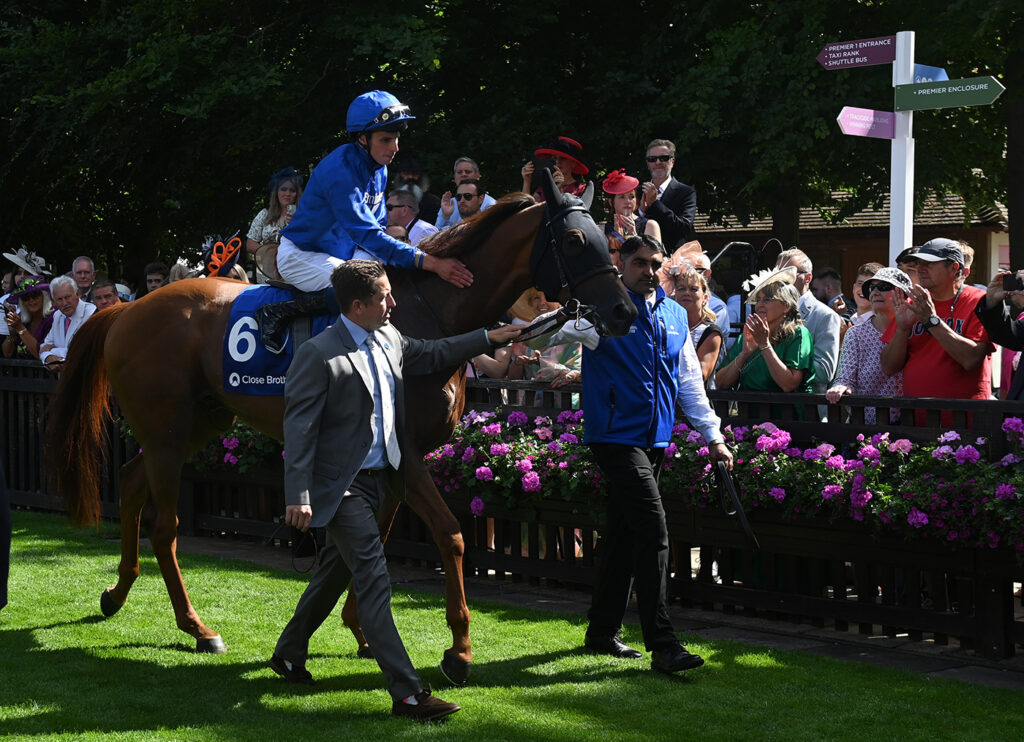 Appleby said: “Full credit must go to Shane Fetherstonhaugh who rides him at home and the team – they’ve done a great job. Shane has been saying at home over the last ten days or so that he’s as good as we’ve had him and I thought he looked a picture in the paddock. He’s been moving so well at home and as William [Buick] just said he’s a different horse when he’s got pace to run at.

“He’s just a different animal. People have possibly been scratching their heads on the outside wondering what went on at Newmarket and at Belmont but it’s just simple – he needs a gallop. He’s a big unit and if you take a pull on him he just gets a bit disorganised, and it takes him a bit to get warmed up and get going. It was a lovely ride by William and I’m pleased to get him back in front and hopefully now we’ll head to Saratoga for the Sword Dancer.

“Ultimately we’ll be looking at the Breeders’ Cup but with Keeneland at that time of year we’ll have to keep an eye on the weather. One thing he does like is to have his feet rattling so if it came up a bit slow, we’d have to question mark it. Most importantly he’s got his head back in front.”

Persian Force, runner-up to Bradsell in the Group 2 Coventry Stakes at Royal Ascot, returned to winning ways with a clear-cut success in the Group 2 July Stakes (6f).

Rossa Ryan always looked in control on Amo Racing’s exciting two-year-old and they weren’t hard pressed to see off outsider Show Respect by a length and a half.

Trainer Richard Hannon said: “I’m delighted that Rossa put the race to bed when he needed to. we deserved that. He’s done exactly the same as [sire] Mehmas in finishing second in the Coventry and then winning the July Stakes and this horse will get seven furlongs. We don’t have to go there immediately but at the end of the year he will.
“His temperament is exemplary and he behaves as very good two-year-olds do and I’m sure a step up would benefit.

“We might look at the National Stakes in Ireland and the Prix Morny next. My dad rang me after the Coventry and said he’s a Guineas horse and I thought that was a little bit out of the blue but that was the first thing he said to me – he did get very well to the line in the Coventry. If a horse has a lot of speed he doesn’t want to do that but because he’s so sensible he gives himself every chance of getting that trip.

“He has always given me a tingle, especially when he was beaten in the Coventry! He made up for it today and got his just rewards and I’m sure he’s a Group 1 winner waiting to happen. He’s an ideal horse to make a sire, he’s a gorgeous looker and has everything that good horses do have.”

Frankie Dettori teamed up with John and Thady Gosden to take the Listed Sir Henry Cecil Stakes (1m) on Saeed Suhail’s Mighty Ulysses while 55-year-old jockey Jimmy Quinn rode just his second winner of the year when guiding Lethal Levi, trained by Karl Burke for J and M Knox, to victory in the valuable six-furlong handicap. 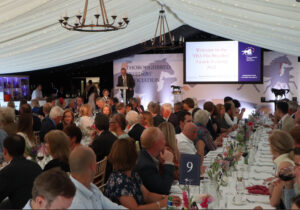 Up Next
Lloyd-Webber among recipients at TBA Flat Awards