Yearling sales on TV as new record is set

Such is the clamour surrounding Black Caviar in her native Australia that when her half-brother was offered at the Inglis Easter Sale on Tuesday, the auction was shown live on terrestrial television.

TV viewers and the huge crowd at Inglis’s Newmarket complex in Sydney were not disappointed as the Redoute’s Choice colt brought a new Australian record price for a yearling of $5 million.

Offered by Three Bridges Thoroughbreds for breeder Rick Jamieson’s Gilgai Farm, the colt out of the Desert Sun mare Helsinge was bought by BC3 Thoroughbreds, which had purchased his full-sister Belle Couture for $2.6 million at the same venue 12 months earlier.

He is not, of course, simply Black Caviar’s little brother, as another member of the family, All Too Hard, is a multiple Group 1 winner, having landed the Caulfield Guineas in October and followed up with successes in the C F Orr Stakes and Futurity Stakes, both run over seven furlongs. Belle Couture, trained in Melbourne by Danny O’Brien, is also pleasing her connections.

“As soon as Belle Couture started to show us that she wasn’t going to let the family down and that she might be pretty special herself we started to think we better have a look at this colt,” said BC3 Chairman Bill Vlahos.

“We had a bit of inside knowledge so thought we might have to use that and when John Brockleback comes back and says it’s the best yearling he has ever seen we got a bit excited. John has a great eye and he said has never seen a better yearling here or in the United States.”

There were a number of British names on the buyers’ list following the first day of the Easter Sale, with John Warren signing for two of the four seven-figure lots, both colts by Fastnet Rock. The most expensive of the pair, at $2.4 million, is a half-brother to top sprinter Starspangledbanner, while the second, out of Group 2 winner Dream Play, fetched $1.5 million. Both were marked down for Coolmore/China Horse Club. Warren later added two more colts – one by Fastnet Rock and another by Flying Spur, plus a Stratum filly, all of whom will race in Australia for the China Horse Club.

David Redvers continued a theme started last year when he purchased a quintet of well-bred fillies on behalf of Qatar Bloodstock with the intention or racing them in Australia before being added to the Al-Thani brothers’ swelling broodmare band. Added to the list this year were fillies by Redoute’s Choice and Encosta De Lago for $320,000 and $180,000 respectively. 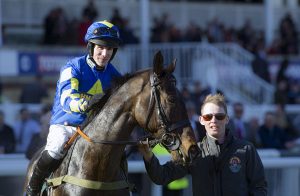 Up Next
Highs and lows