ROA member Gary White on his star Just Beautiful, who will line-up in Friday’s Falmouth Stakes at Newmarket

Trainer Ivan Furtado and owner Gary White will always remember Derby day 2021 – but it had nothing to do with Epsom. Instead, well over 400 miles north at Musselburgh, the Nottinghamshire trainer was registering his first stakes victory, having first held a licence in 2015, when Just Beautiful carried her owner’s red and white silks to success.

In winning the Listed Maggie Dickson Stakes, the three-year-old daughter of Pride Of Dubai was extending her unbeaten record to four, all at seven furlongs.

Her first three outings had been on the all-weather, two at Kempton and then Chelmsford, and it would therefore have been particularly pleasing for connections to see her transfer that form to turf under regular partner Joey Haynes.

She beat ten rivals at Musselburgh, all of whom’s owners would have been keen as mustard for the black-type, but it was the “little filly with a big heart” who kept on best over the seven furlongs to score by a length and a half.

Her trainer added: “It’s so good for the yard, we don’t get many horses like this coming through so it’s great for all her connections.”

The importance of horses like Just Beautiful to a stable not used to limelight would not be lost on their owners, who probably take as much – if not more – pleasure in what it means to the whole stable than it does to themselves.

“In winning the Listed Maggie Dickson Stakes, Just Beautiful was extending her unbeaten record to four”

It was another Gary who was part of White’s journey towards racehorse ownership, while rather unusually his interest in the breeding side of the sport was present pretty much from the word go.

He explains: “Gary Wood, one of my best friends, had a share in a horse called Dark Opal, who actually won with Joey Haynes on board, at Ayr in October 2013.

“She fractured her knee but the rest of the syndicate let Gary keep the horse as he wanted to breed from her. She was covered by Swiss Spirit, and I became interested in what Gary was doing when the foal she had was entered in the Ascot yearling sale in September 2017.

“I rang Gary and said if she does not make the £12,000 he wanted I would buy half and we would go and have some fun racing.

“We sent her to John Weymes and named her Spirit Of Opal. Phil Dennis rode her on her debut at Carlisle, and the picture I provided is of myself, Gary and Phil wearing my colours of my local football team, Middlesbrough.”

The north-east town is also the base of James Paul Services, the largest suspended and partition company in the area, and of which White is Managing Director. 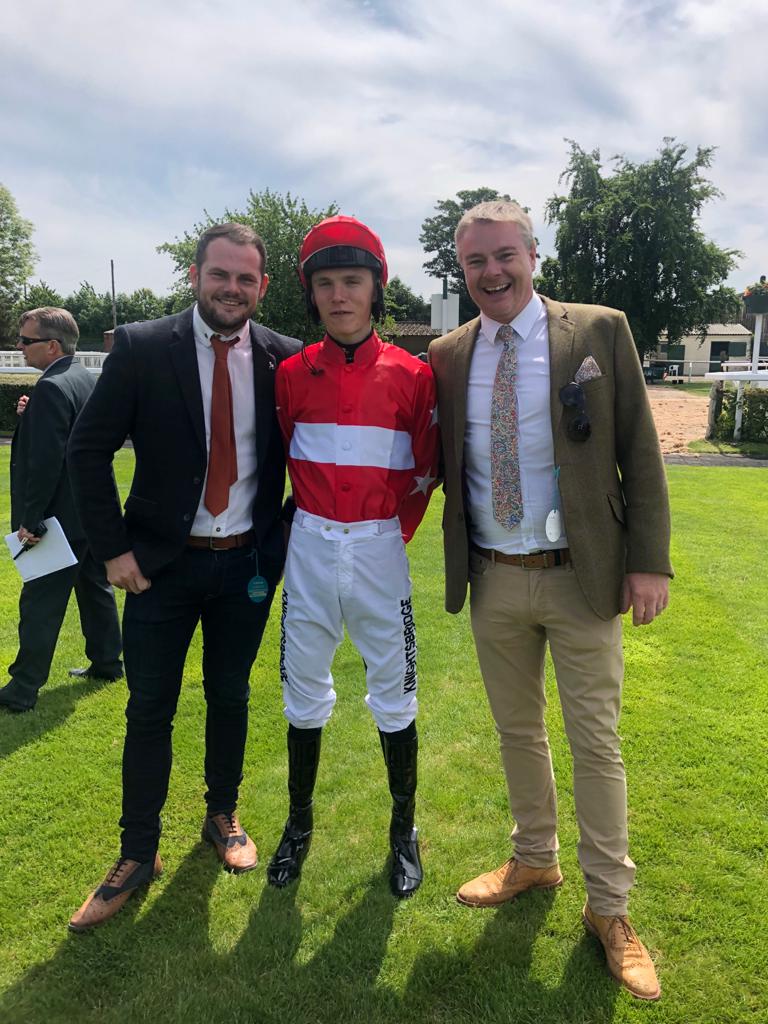 Boro have spent only one of the past dozen seasons in the Premier League, a situation White and his fellow fans will be hoping changes sooner rather than later – and up rather than down from the Championship! – and, much like with owners being able to attend racing, hopefully there is light at the end of the tunnel and supporters will be properly back next season.

White was delighted to be at Musselburgh to see Just Beautiful win her Listed race, describing it as “unreal”.

He adds: “I was there with my wife Donna and it was a fantastic day. I’ve actually missed only one of her races, at Chelmsford, as I had something on I couldn’t get out of.

“She’s been winning easing up; every time, Joey has got off and said she’s got more in hand. She’s not really felt the whip or been put under pressure yet, and she might get another furlong.”

Royal Ascot was under consideration but the filly will be given a bit more time. Connections, however, are minded to have a crack at a Group 1 this year if she continues to progress, with Royal Ascot 2022 a longer-term dream.

“We’ll do what’s in the best interests of the horse, and going to Ascot wouldn’t have been,” explains White. “She does need a bit of time between races but hopefully we could do it next year. We’ve been very patient so far and will continue to be.

“She’s been winning easing up; every time, Joey has got off and said she’s got more in hand”

“The aim this year was to get black-type on her page. She’s done that, which was also great for the profile of the yard, and the next step would be to try for Group-race black-type. We feel like we’ve got a Group horse on our hands.”

Spirit Of Opal and Just Beautiful book-end a sizeable number of horses that White has been involved with, albeit as all owners will know only too well, just getting a horse to the racecourse to carry your silks is no mean feat.

He says: “I’ve owned circa 15 to 20 in all, but obviously some don’t become racehorses, at least not for you – you do, as an owner, give away a lot of two-year-olds.”
Two of Just Beautiful’s four victories to date came as a juvenile for White and Furtado, and the owner continues: “The facilities at Ivan’s are fantastic; they have two gallops, a swimming pool, and they are very friendly and always keep you updated with videos, etc.”

For both trainer and owner, racing will always be a game in which you are frequently learning something new, and one of White’s very early lessons, while harsh at the time, has been taken on board.

Asked to provide a less than rosy example of an owner’s experience, he answers: “On Spirit Of Opal’s first run, at Carlisle, she got injured. The ground was too hard but we ran her anyway. It was a big mistake and one we have definitely learned from.”

Just Beautiful’s first four runs could hardly be a bigger contrast to the four that Spirit Of Opal had, and hopefully she can continue to carry her owner’s Middlesbrough-themed silks with distinction, perhaps all the way to the premier league of racing. 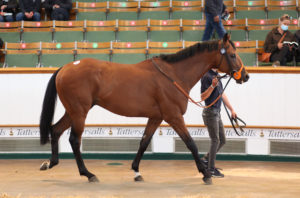