Watch Me springs a Royal surprise

There was a shock at Royal Ascot on Friday when the French-trained Watch Me lowered the colours of dual Classic heroine Hermosa to run out a ready winner of the Group 1 Coronation Stakes.

Hermosa came into the race off the back of two impressive successes in the English and Irish 1,000 Guineas while Watch Me had finished sixth in the Group 1 Poule d’Essai des Pouliches, beaten two and three-quarter lengths behind Castle Lady, again in opposition.

As the race entered its closing stages, Ryan Moore had gone for home on the Aidan O’Brien-trained Hermosa but alongside her, Watch Me had not come off the bridle and was travelling smoothly. She soon moved clear under Pierre-Charles Boudot to record a decisive one and a half length success.

Not only was Watch Me a first winner of the week for France, it was a notable first Royal Ascot success for trainer Francis-Henri Graffard, following hot on the heels of Channel landing Sunday’s Prix de Diane.

Graffard said: “It’s a week you dream of. As I was saying on Sunday, you get up every morning to do this job and to be part of the game at this level.

“That’s why I set up in Chantilly – I wanted to win Classics and big races. It happened on Sunday which was a big day for a Frenchman, in France, and I was confident today again. I trusted in my filly, and she has worked well, which gave me confidence.

“We had to put the [French] Guineas behind us, because everything went against her. It’s a fantastic result. She travelled very nicely, and while I have to watch the race again, she did it very well.”

The application of first-time blinkers for the Martyn Meade-trained Advertise, and the drop back to six furlongs, proved to be the difference in the Group 1 Commonwealth Cup as the three-year-old colt notched the second top-level win of his career.

Advertise, who is one of a number of horses owned by Phoenix Thoroughbred, led home Forever In Dreams, the Phoenix Ladies Syndicate’s first UK runner whom they had purchased privately for £430,000 at the Goffs London Sale on Monday evening.

Frankie Dettori partnered Advertise to Commonwealth Cup success and in the process notched his seventh winner of the 2019 Royal meeting. 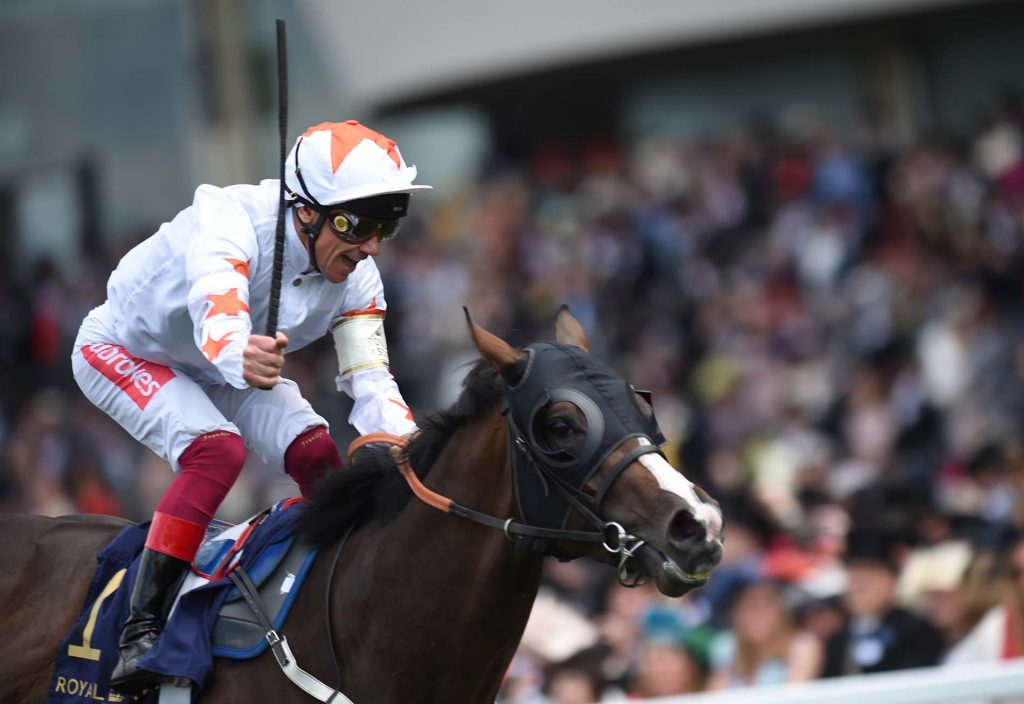 “I’m so pleased for Martyn, he has been having a tough time,” said Dettori. “Advertise ran a stinker in the Guineas and he decided to close his stables for a month as he knew his horses weren’t right. It’s paid dividends.”

Meade, who was recording a first Royal winner, said: “Advertise was pretty special over six furlongs last year, but the problem was I had trained him to run the mile and getting him switched off we thought how do we jazz him up again? So, we put the blinds on, just so he knows he has to sprint.

“Luckily, it did the job as he jumped and went. Clearly that demonstrates that this is his distance. The win shows we are back! It’s a huge elation – to win a Group 1 at Royal Ascot, it doesn’t get much better than that – but there is certainly relief because the horses have been a little under par.”

Young jockey David Egan continued his rise through the ranks on Friday when he partnered his first Royal Ascot winner in the shape of the Roger Varian-trained Daahyeh in the Group 3 Albany Stakes.

Egan had positioned his mount towards the middle of the track in the opening stages and as the race progressed, the favourite always looked comfortable despite the challenge of Celtic Beauty in the final stages. Ultimately, the two-year-old filly held on to win by one and a half lengths.

“I’d like to thank everyone who has helped me get to this point; it’s a big step in my career”, said Egan. “Everyone has worked hard for me through my whole life and it’s great to thank them on these big days. I followed my dad’s footsteps and he’s been a huge influence on my career.”

Daahyeh’s victory is the second Albany success for Varian having also scored in 2014 with Cursory Glance, who used as that as a springboard to claim the Group 1 Moyglare Stud Stakes on what turned out to be the final start of her career.

Varian said: “Daahyeh has always worked like a horse who could be quite nice. It was lovely to see her do it like that. She is promising looking ahead to the future and it looks like she’ll stay seven furlongs on the back of that.

“David is making good strides, has a good head on his shoulders and is one of the best young riders around. He is not the finished article yet, but he has not done much wrong today.

“The owners have been loyal to David as he rode the horse first time out. David will get his chances throughout the year and he took one of them today.”

Japan followed in the footsteps of stablemate Circus Maximus, victorious in Tuesday’s St James’s Palace Stakes, in providing a boost to this year’s Derby form.

O’Brien, who has now trained 70 winners at the Royal meeting, said: “The Derby was a very good race, I don’t think anyone realised what a good race it was – they were all there together and it was a very high-class race.

“Japan is a very smart horse and he is coming forward all the time. He had a lovely run in the Dante, and he was just ready to go again, and came forward for the Derby. Wayne was delighted with him in the Derby, Wayne rides him in all his work. Everything has been right with him all the time and progressing all the time.”

Japan was bred by Newsells Park Stud out of the Danehill mare Shastye, making him a brother to Secret Gesture and Sir Isaac Newton, who was successful in the Listed Wolferton Handicap at Royal Ascot in 2016.

The wait is over

Thirty-two years after Gay Kelleway became the first female jockey to ride a Royal Ascot winner, Hayley Turner doubled that tally when partnering the Charlie Fellowes-trained Thanks Be to success in the Sandringham Stakes.

It was a fantastic ride from Turner, who guided Thanks Be through various gaps in the final stages as other horses and their challenge faltered, defeating the Queen’s Magnetic Charm by a neck.

Baghdad does it again

Successful in the King George V Handicap at the Royal meeting last year, the Mark Johnston-trained Baghdad, under Ryan Moore, secured the Duke of Edinburgh Stakes from the fast finishing Ben Vrackie and Frankie Dettori.

Baghdad came into this race off the back of a 1m4f handicap victory at Newmarket and despite Dettori looking as though he was going to produce another magical moment on the Berkshire track, the four-year-old held on to win by a short-head. 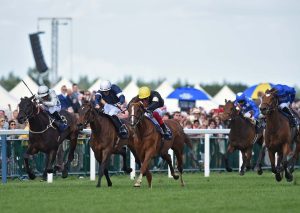