Go behind the scenes in association with GBRI

There was more success for graduates of Bearstone Stud on the track last week as Royal Ascot winner Motakhayyel took the Bunbury Cup at Newmarket.

The son of Heeraat was bred by Mike and Tina Bullock of Crossfields Bloodstock, who began breeding thoroughbreds in 2006. They have been responsible for producing the other stakes performers Tis Marvellous and Well Done Fox.

At last month’s Royal Ascot, Crossfields Bloodstock was also represented by runners at the meeting in the shape of Ventura Rebel and the aforementioned Tis Marvellous and Well Done Fox. All four of the runners were sold as foals by Bearstone Stud.

In association with GBRI, we visited Bearstone Stud to find out more about the dams of Crossfields Bloodstock’s recent Royal Ascot winners as well as finding more about Bearstone’s stallions, Washington DC and Fountain Of Youth. 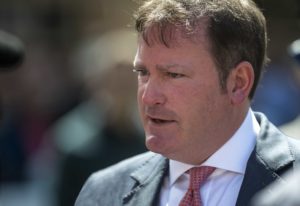 Up Next
Ed Vaughan to cease training later this year