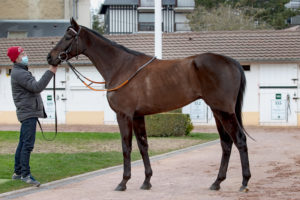 Promising jumper Hardi Du Mesnil is set to carry the colours of Robert Waley-Cohen after heading the first session of the Arqana February Sale in Deauville on Monday on a bid of €250,000.

David Powell of Highflyer Bloodstock signed for the four-year-old son of Masterstroke, who was catalogued as a supplementary entry by trainer Matthieu Palussiere following his winning debut over jumps at Pau last month. Also successful in an AQPS bumper last July at Vittel, Hardi Du Mesnil boasts a significant pedigree update as a half-brother to Gaillard Du Mesnil, the recent winner of the Grade 1 Nathaniel Lacy & Partners Solicitors Novice Hurdle at Leopardston.

“I bought him for Robert Waley-Cohen,” said Powell. “He’s a horse that deserved to be fought over a bit. We are going to let him rest a little so that he will gain strength.”

Three months after failing to sell at the Keeneland November Sale in Kentucky, Grade 3 winner Lady Paname found greater favour in Normandy, selling for €120,000 out of the La Motteraye consignment to Chauvigny Global Equine.

The seven-year-old daughter of Soldier Of Fortune won three races in France and the US, including the Grade 3 Long Island Handicap at Aqueduct, and was stakes-placed on another four occasions. 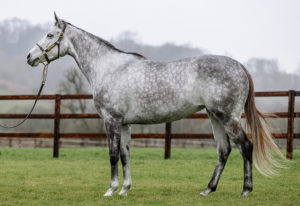 Lady Paname: set to visit No Risk At All. Photo – Zuzanna Lupa

“We bought her for an association between Ecurie Drost and Ecurie Tygaly,” said Sébastien Desmontils of Chauvigny Global Equine, who was bidding alongside Pierric Rouxel. “We’re delighted as she’s a mare we’ve been coveting for a while. She’ll be sent to No Risk At All.”

Lady Paname is the best foal out of Business Class, a winning Aussie Rules half-sister to Listed winners Inside Man and American Trilogy.

Also popular was the well-related mare Oh Beautiful, a Listed-winning Galileo member of the flourishing Cassandra Go family for whom agent Chris Richner paid €85,000. The 12-year-old mare is the dam of three winners and was sold by Haras du Quesnay in foal to Shalaa.

“I’ve bought her for Sage Stud in Austria,” said Richner. “They’ve been breeding for over 30 years and have recently bought this stud and entirely renovated it.” 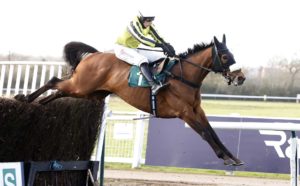 Up Next
Allmankind reigns in Kingmaker for Skelton