Willie Musson saddled his last runner at Chelmsford this week

After more than 40 years with a licence, Willie Musson has retired from the training ranks, his last ever runner coming at Chelmsford yesterday evening.

One of the most respected figures in Newmarket, the 67-year-old started training in 1976 in Bramley, just outside Guildford, a stone’s throw from his birthplace in Rudgwick.

In 1980 Musson made the move to Flat racing’s headquarters in Newmarket, where he was first based at Phantom House Stables before switching to his current yard at Saville House stables.

Over four decades Musson has sent out over 500 winners but realises now is the right time to stop.

“I’m of an age where I should be taking life a bit easier,” the handler explained. “Training as a small trainer is quite hard work, you are on the go seven days a week and we’ve got grandchildren now.”

One of his biggest days came with Ore, who won the Henry II Stakes en route to finishing runner-up to Gildoran in the 1984 Gold Cup at Ascot with Lester Piggott in the saddle.

Other memorable moments include a Group 3 win in Germany with Roaring Riva in the late 80s and in the early 2000s with a sprinter called Feet So Fast, winner of three valuable handicaps for the stable before being sold to Dubai.

“It was a really good time, we have had a few decent horses but I think nowadays you have to have the better class of horses to make training pay,” said Musson.

He saddled his last ever runner on Thursday evening in a one-mile handicap at Chelmsford. The horse, Broughton’s Vision, who finished sixth, is owned and bred by one of the stable’s longest supporters in the shape of Michael Broughton, and has turned out to be Musson’s last winner when he scored at Kempton back in August.

Broughton had his first horse with the stable in 1989 and has been the biggest supporter of the yard ever since. He has developed his bloodstock business alongside his string of horses, which Musson will continue to be a key part of, with Stud Manager David Barker making up the triumvirate.

Training as a small trainer is quite hard work, you are on the go seven days a week

His ten horses will remain at Saville House but will be trained by its new tenant, Henry Spiller.

Only two years into his training career and having struck with a winner only last week, Musson feels his successor has all the qualities to prosper.

Musson said: “Given the opportunities I’m sure he’ll do well. He reserves his time with good people and his family have been involved with racing his whole life.

“He’s young and keen and I want him to do well.” 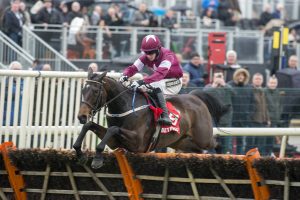 Up Next
Gigginstown remove string from Mullins