Vadeni announced himself as a top-notch middle-distance performer – and a likely worthy adversary for Epsom Derby hero Desert Crown – with a facile success in the Group 1 Prix du Jockey Club at Chantilly on Sunday.

The Jean-Claude Rouget-trained colt, racing in the famous green and red silks of the Aga Khan, was stepping up to an extended ten furlongs after an easy victory last time out in the Group 3 Prix de Guiche over nine furlongs and the son of Churchill looked to relish the extra distance.

Turning into the home straight, Modern Games and Yoozuna were still leading the field as Soumillon eased Vadeni to the outside for a clear run. When Soumillon pushed the button 300 metres out the result was impressive, unleashing Vadeni’s turn of foot which quickly carried him to the front and clear of his toiling rivals. 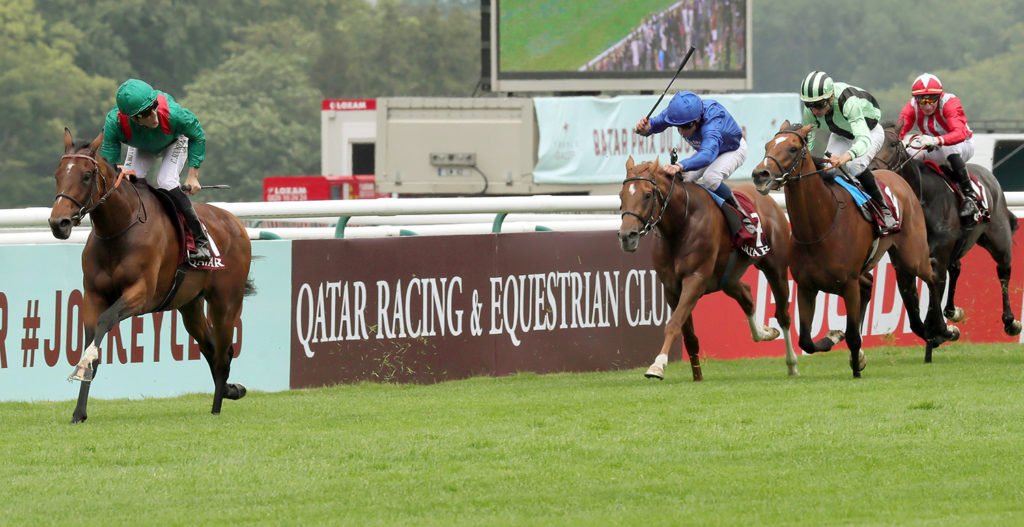 With nothing emerging from the pack behind, Soumillon was able to ease Vadeni right down inside the final furlong, taking in the cheers of the crowd as he cruised to a five-length triumph over El Bodegon, who kept on pluckily to just deny Modern Games of the runner-up spot.

Vadeni is from the first crop of Coolmore sire Churchill, a dual Guineas winner in 2017, becoming his first Group 1 and Classic scorer.

Earlier on the card, the Andre Fabre-trained Mare Australis record a comfortable success in the Group 2 Grand Prix de Chantilly (1m4f) under Olivier Peslier while there was also Group 2 glory for the Irish stable of Joseph O’Brien after three-year-old Brostaigh defeated his elders in the Prix du Gros-Chene (5f), a notable success for young rider Dylan Browne McMonagle. 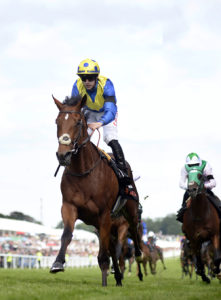