“To win the Eclipse for me was a real challenge”

In a race that will live long in the memory, the Aga Khan’s French raider Vadeni came out on top in a thrilling finish to the Eclipse Stakes at Sandown Park on Saturday.

Only six runners went to post but it was a cast of the highest quality, featuring a mouth-watering clash between the older horses Bay Bridge, Lord North, Mishriff and Alenquer and three-year-olds Native Trail and Vadeni – in receipt of a handy weight for age allowance – to set the scene for a memorable renewal. And so it proved.

Alenquer, bounced out by Tom Marquand, set out to make all the running, closely attended by the 9/4 favourite Bay Bridge. As the tightly packed field entered the home straight, every runner still held a chance. Alenquer attempted to slip the field with Bay Bridge in pursuit. Meanwhile, Native Trail was being wound up by William Buick on his outer as Vadeni started to stay on for pressure under Christophe Soumillon from his position at the back of the field. Mishriff was still travelling well just off the leaders but was in a pocket under David Egan, something that was to cost him dearly at the finish.

A furlong and a half out and there were still five stretched across the track before Alenquer began to weaken, leaving Vadeni on the outer to seemingly fight it out with Native Trail and Lord North, who was making his move between horses under new pilot James Doyle. With a half furlong to go, Vadeni had wrestled the lead off Native Trail, only for him to then face a strong challenge from Mishriff, who had been extricated for his run on the outside. Mishriff closed the deficit in game fashion but it wasn’t enough, with a head verdict allowing Vadeni to become the first French-trained winner of the race in 62 years. 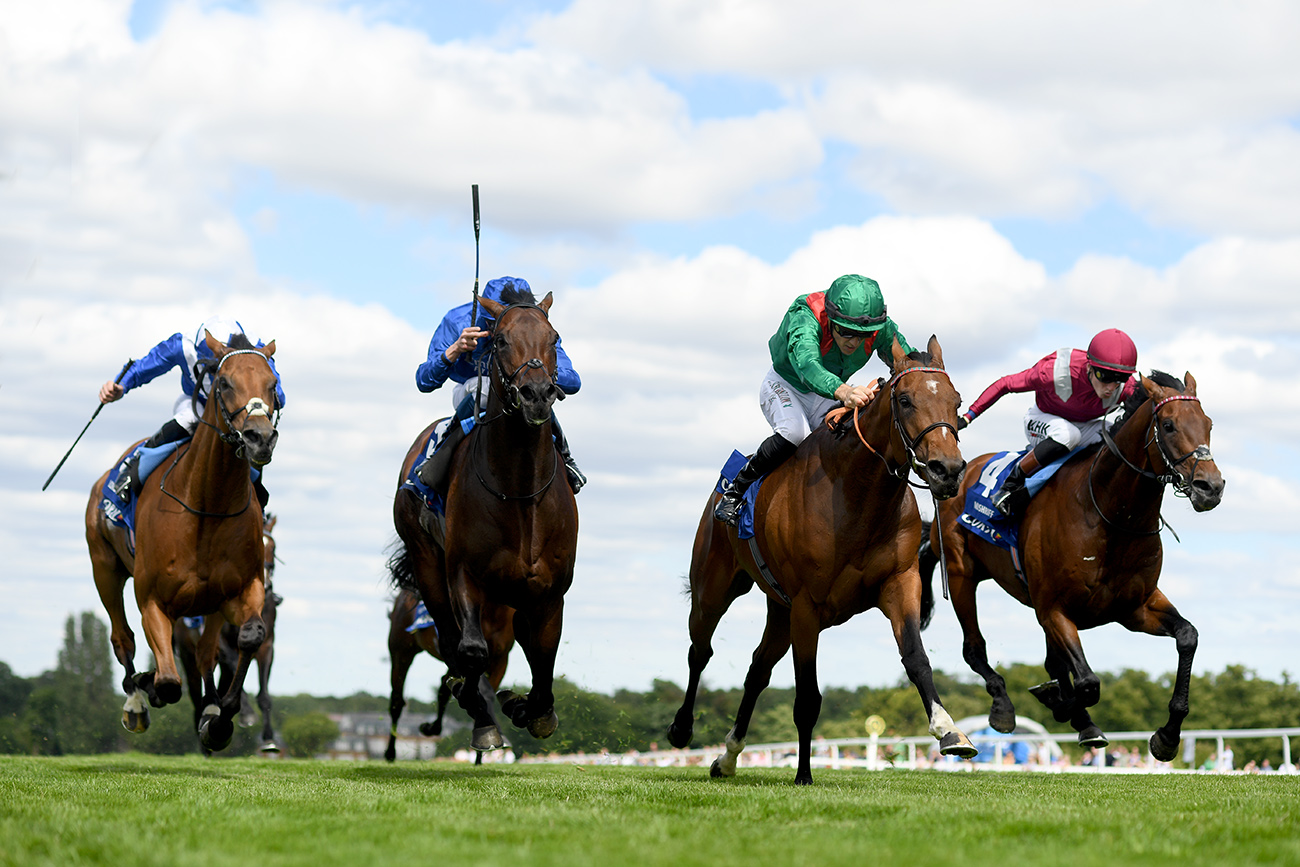 Vadeni had been supplemented into the race by his owner-breeder, the Aga Khan, at a cost of £50,000 following his wide-margin win in the Prix du Jockey Club and his trainer Jean-Claude Rouget was quick to compare the colt with another former star, Almanzor.

“If I decide to supplement a horse like that, it’s my basic instinct, so I was confident,” he said. “I have 43 years of training in my legs, so I know it’s always difficult to win.

“To win the Eclipse for me was a real challenge, like when Almanzor won the Irish Champion Stakes. I hope this horse will also win the Irish Champion and that will be his next race. They are two champions. The change of foot of this one is terribly good and what we saw in the Prix du Jockey Club.”

Now the winner of five of seven starts, Vadeni boasts the distinction of being the star performer from Churchill’s first crop. The Coolmore stallion, himself the winner of four Group 1 races including the Newmarket and Irish 2,000 Guineas, is the sire of five stakes winners overall.

The colt is out of the winning Monsun mare Vaderana, also dam of the Listed-placed Vadsena, and a grandson of the Aga Khan’s Prix Saint-Alary heroine Vadawina. This is a family that has served the breeder well over the past 15 years, notably as the source of another Prix Saint-Alary winner in Vazira (a half-sister to Vadawina) and Group 2 scorer Vadamar (out of Vadawina). However, it also owes much of its success to the cultivation of Jean-Luc Lagardere, whose stock was incorporated into the Aga Khan’s fold in March 2005. 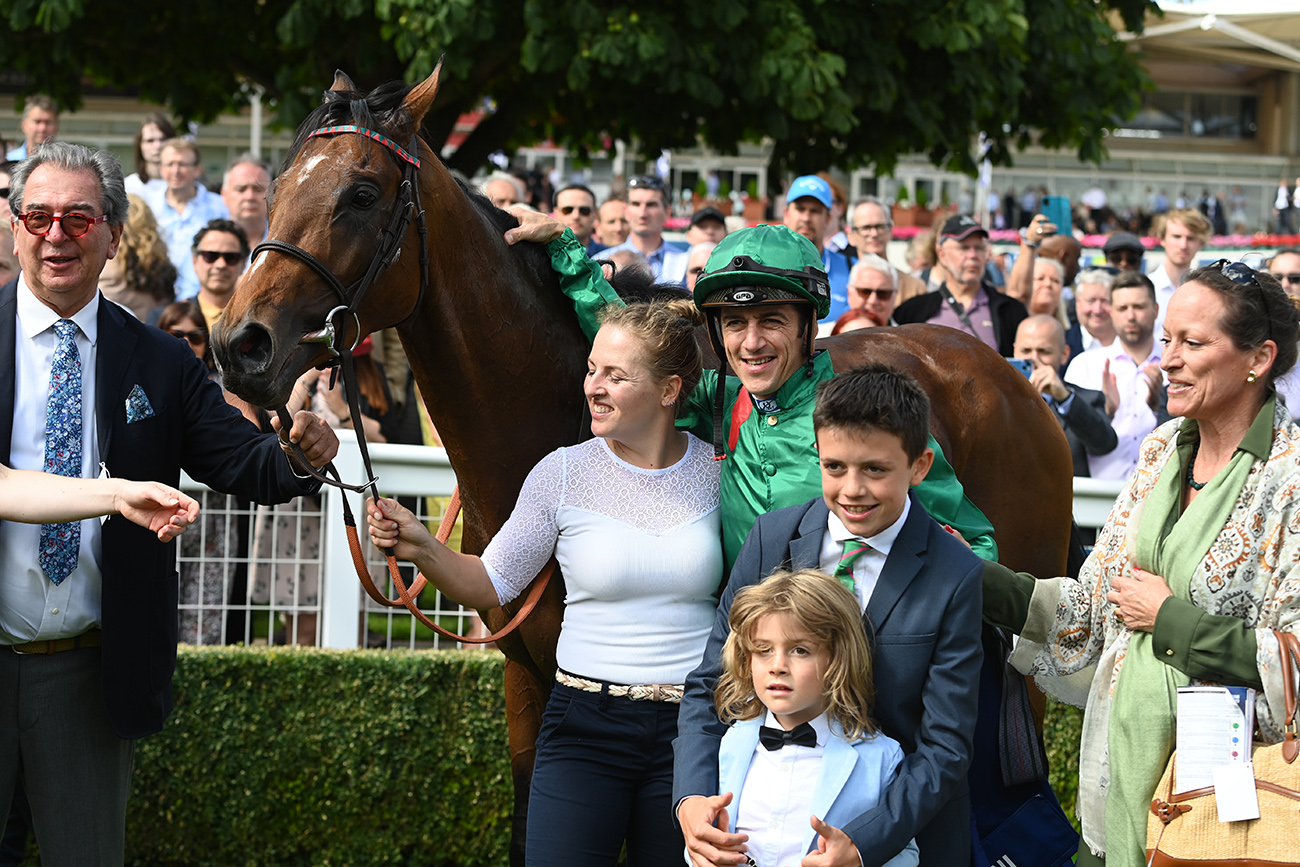 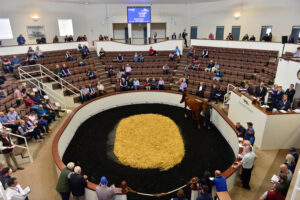