Three years on from his first success in Australia’s showpiece horse race, trainer Joseph O’Brien was toasting yet another win in the Melbourne Cup as Twilight Payment hung on to capture the Group 1 at Flemington on Tuesday.

As with his win in 2017, O’Brien denied his father Aidan in the contest as the fast-finishing Tiger Moth was unable to overturn the lead that Twilight Payment had built from the front to win by half a length.

The gallant Prince Of Arran was another to produce a late burst of speed in the closing stages but he was unable to get there in time and could only finish third for trainer Charlie Fellowes and owner Saeed Bel Obaida. It is the third year in a row that the seven-year-old has finished in the frame in the two-mile prize.

This year’s edition of the race was sadly marred by the death of last year’s Derby winner Anthony Van Dyck after the four-year-old fractured a fetlock.

Twilight Payment was guided to victory by Jye McNeil, who was having his first ride in the race, and the jockey said: “There’s too many emotions, it’s a very big moment. I’m not worried about the [empty] grandstands at all, just to be able to get the opportunity from the Williams family and from Joseph O’Brien to partner Twilight Payment, it’s very overwhelming.

“It was always the plan to be forward, obviously with where he was in the market, I wasn’t feeling a lot of pressure, but when you have got to go forward like that there is some pressure to get it right. Thankfully it all came together.

“I was trying to use my voice to encourage him as much as possible. It was a matter of hanging on and he was very tough.”

O’Brien, who watched the race from home, added: “Jye gave the horse a fantastic ride. All credit goes to the team of lads we have down there in Australia for the last month or so. They have done a fantastic job with the horses; they have all run with credit. This is the icing on the cake for them.

“This was his first year with a full preparation with us. He came to us halfway through last season. He ran a couple of huge races at the Curragh. I was a little bit worried today he might have got a little bit of pressure for the lead a bit more than what we had hoped but the horse has got incredible heart and Jye gave him a fantastic ride and he kept fighting all the way to the line.

“I can’t thank Lloyd and Nick Williams enough for everything they do for me. They are both incredible and this is a fantastic result for them also.

“I am hugely privileged to train for the people I train for and the horses that we have. I really appreciate the support and the success when it comes, but it is a tough game as everybody knows, and it is a very fine line from the top to the bottom and we are very appreciative.”

Twilight Payment is yet another Group 1 winner to have been bred by legendary Irish handler Jim Bolger and follows the recent successes of Mac Swiney in the Vertem Futurity Trophy and Gear Up in the Criterium de Saint-Cloud.

By Bolger’s homebred Group 1 winner Teofilo, Twilight Payment is out of the Oasis Dream mare Dream On Buddy, herself a half-sister to Ribblesdale Stakes heroine Banimpire, and is a half-brother to Debutante Stakes runner-up Bandiuc Eile. This is the further family of Prix de l’Arc de Triomphe winners Carnegie and Detroit. 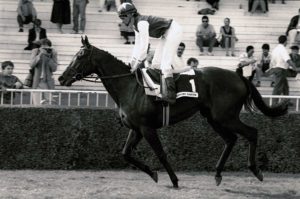