All The Queen's Horses - part 2
Stories

A thrilling renewal of the Group 1 Cazoo Oaks at Epsom on Friday saw Tuesday deny favourite Emily Upjohn by a short-head in a pulsating finish, with the latter looking a somewhat unlucky loser having forfeited plenty of ground after slipping exiting the stalls.

Ryan Moore settled Tuesday towards the rear on the inside of the 11-runner field while Frankie Dettori was forced into riding a waiting race on Emily Upjohn after their awkward start, as Tuesday’s stablemate Thoughts Of June and Wayne Lordan set the fractions, tracked by With The Moonlight, Tranquil Lady and Moon De Vega.

Lordan asked Thoughts Of June to quicken the tempo after negotiating Tattenham Corner as the runners raced towards the centre of the track. Tuesday and Moore made their bid for glory on the inside while on the opposite flank, Dettori and Emily Upjohn were winding up for their big challenge under the nearside rail.

Tuesday struck for home with two furlongs to run and though Emily Upjohn ran on strongly, she couldn’t quite reel in Tuesday, who held on to score by a short-head as the two fillies flashed past the post together, three-and-a-quarter lengths clear of Nashwa and Hollie Doyle. 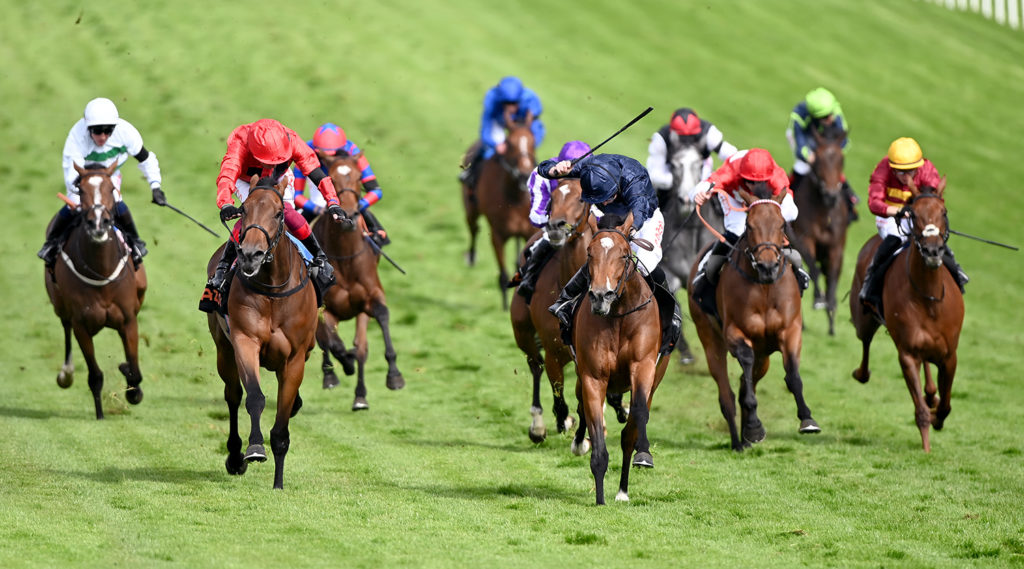 Moore said after the race: “I always thought I was going to win. She was a bit idle and changed her lead late on. I had to get her balanced. She has an awful lot of class. The family keeps producing. I always thought she would be a Classic filly and it’s great she’s gone and done it today.

“Aidan is incredible; we always use these terms like genius, but he goes into so much detail. What he’s done – we‘ve never seen the like of it and probably won’t again.”

The victory of Tuesday, a daughter of Galileo owned by the Coolmore partnership of Sue Magnier, Michael Tabor and Derrick Smith and Westerberg, paid a huge tribute to Homeless Songs, who had dispatched Tuesday by five-and-a-half lengths in the Irish 1,000 Guineas last month.

Earlier on the card Shadwell’s Hukum posted a most impressive victory in the Dahlbury Coronation Cup (1m4f) under Jim Crowley to give trainer Owen Burrows his first Group 1 success.

The pace was somewhat sedate in the early stages as first Manobo under William Buick then 2021 winner Pyledriver and Frankie Dettori took the field along.

Crowley moved Hukum up on the outside of Pyledriver after three furlongs and the pair were still travelling well turning into the home straight. Pyledriver was asked for more by Dettori with half a mile to run but Crowley oozed confidence on Hukum.

Given the office to put his seal on matters with two furlongs to run, Hukum galloped right away from his rivals to record an easy four-and-a-quarter length victory over Pyledriver, with High Definition half a length further back in third. 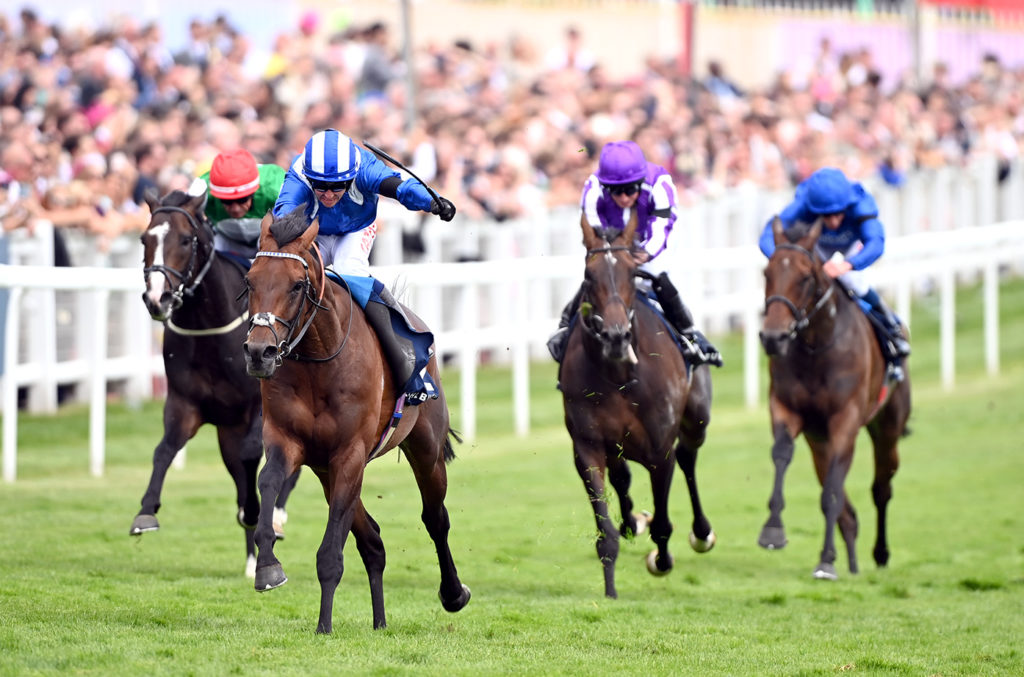 Burrows said: “I’m speechless. It’s a wonderful feeling. What a star of a horse he is. I’ve said this horse has a lot of speed. He travelled great and Jim knows what he’s doing. Didn’t he pick up [well]?”

A trip to Ascot for the King George VI and Queen Elizabeth Stakes on Saturday, July 23 is reportedly the next stop for the five-year-old son of Sea The Stars.

The Sixties Icon colt Legend Of Xanadu – named after the song by Dave Dee, Dozy, Beaky, Mick & Tich, a number one hit in March 1968 – captured the opening Listed Cazoo Woodcote British EBF Stakes (6f). The Mick Channon-trained two-year-old, owned by Box 41, defeated Self Praise by a length and a quarter under William Buick.

Danny Tudhope, who has his first ride in the Derby on Saturday aboard Grand Alliance, partnered the Hugo Palmer-trained Ever Given to victory in the Listed Poundland Surrey Stakes (7f) for owner the Dandy Boys.

Up Next
All The Queen's Horses - part 2