Stamina was at a premium in the two-and-a-half mile contest run on testing ground, conditions that favoured the Alan King-trained Trueshan under James Doyle, deputising for the suspended Hollie Doyle.

Alkuin and Bubble Smart soon established a clear lead as their 11 rivals were happy to sit off the pace, with Trueshan, owned by the Singula Partnership, and Stradivarius racing close to each other in the chasing pack.

As the frontrunners dropped back approaching the home straight, Trueshan and Stradivarius made their bid for glory and while it looked briefly like turning into a tight tussle, the former asserted inside the final furlong to record a comfortable four-and-a-half length victory over Bjorn Nielsen’s stayer.

It proved to be wonderful afternoon for James Doyle, who enjoyed a superb treble. The first leg came courtesy of Godolphin’s Manobo for trainer Charlie Appleby, maintaining his unbeaten record to make it four wins from four starts in the Group 2 Prix Chaudenay (1m7f), defeating stable companion Kemari by three quarters of a length.

Doyle’s third winner on the day came when the highly progressive Dubai Honour ran on strongly to claim the Prix Dollar (1m2f). The winner, trained by William Haggas for Mohamed Obaida, whose silks were carried by that wonderful filly Sayyedati, was recording his second straight Group 2 win in France, having captured the Prix Guillaume d’Ornano at Deauville in August.

He may have been defeated on Stradivarius but Frankie Dettori is still the man to follow in the big international races and the Italian was twice in the winner’s enclosure on Saturday. 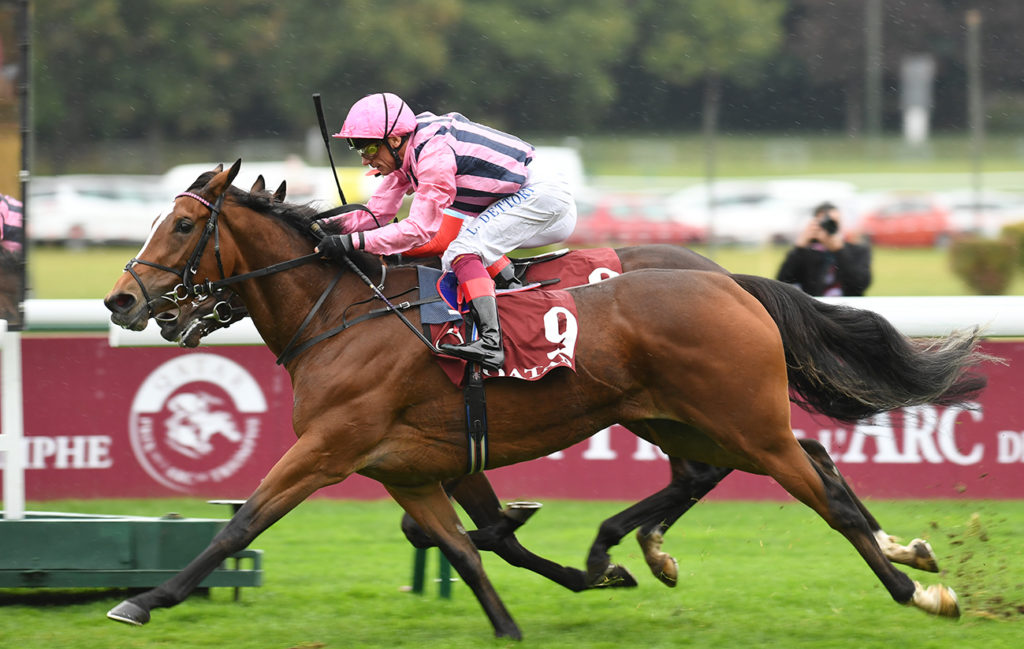 It was a case of the old firm teaming up again as Dettori sported the Godolphin blue on the Saeed bin Suroor-trained Real World, who just held off the fast-finishing mud lover The Revenant to claim the Group 2 Prix Daniel Wildenstein (1m).

Dettori’s double arrived in the shape of the John and Thady Gosden-trained Loving Dream, winner of the Ribblesdale Stakes at Royal Ascot in June, in the Group 1 Prix de Royallieu (1m6f). It was another immensely close finish as the homebred daughter of Gleneagles, racing for Lordship Stud, rallied to overhaul Believe In Love and Andrea Atzeni to gain the day by a short-neck.

William Buick made every yard of the running on Saffron Beach to defeat favourite Mother Earth by a comfortable three lengths.

Neil Callan, back riding in Britain after his spell in Hong Kong, enjoyed a high-profile winner aboard the Marco Botti-trained Tatsumaki in the £150,000 Tattersalls October Auction Stakes. The son of Charming Thought, owned by Ahmed Bintooq & Partner, is now unbeaten in three races and looks potentially Group-class after his five-length romp.

Shadwell’s Hukum enjoyed the prevailing soft ground at Ascot to record an impressive six-and-a-half length success under Jim Crowley in the Group 3 Cumberland Lodge Stakes for trainer Owen Burrows while the Charlie Fellowes-trained Vadream ran on best to land the Group 3 Bengough Stakes with David Egan in the saddle.

Apprentice jockey Adam Farragher is starting to make a name for himself in Britain having developed a fine partnership with trainer William Haggas and the five-pound claimer enjoyed a superb afternoon at Chester on Saturday with a fabulous four-timer aboard Mayaas, Flying West, Gaassee and Skytree.

The Listed William Hill Two Year Old Trophy at Redcar offered £85,000 to the winner and the Eve Johnson Houghton-trained Chipotle took the valuable prize for owners The Woodway 20, finishing well to edge out Last Crusader under Charlie Bishop. 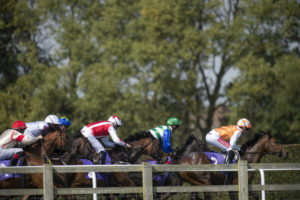