Examples of horses who can show top-class form over both hurdles and fences have always been fewer than one might expect. Dawn Run remains the only Champion Hurdler to go on to win a Cheltenham Gold Cup, although Night Nurse came close to doing so when finishing second in the 1981 Gold Cup, four years after his second Champion Hurdle victory.

Even more surprising is that fact that no horse has ever completed the Champion Hurdle/Queen Mother Champion Chase double. (Bizarrely, the horse to have come closest do doing so, Flyingbolt, did so in the same year, finishing third in the 1966 Champion Hurdle, beaten only three and three-quarter lengths, the day after winning the two-mile Champion Chase by a wide margin).

However, rare though horses who can truly excel in both disciplines might be, we have recently seen three top-class hurdlers making winning debuts over fences in styles which suggest that that they might reach the very top as steeplechasers.

The first of this trio was last season’s Champion Hurdle runner-up Peddlers Cross. The Donald McCain-trained six-year-old put in a flawless display of jumping when strolling home on his steeplechasing debut at Bangor last Wednesday, easily justifying 1/8 favouritism in the Golden Bear Beginners’ Chase.

This performance was followed two days later by a similarly promising start over fences for Grands Crus, the brave grey who made Big Buck’s pull out all the stops in last season’s Ladbrokes World Hurdle. Grands Crus’ jumping was immaculate when winning the Steel Plate And Sections Novices’ Chase on Friday, and he appears likely to be a future Gold Cup contender.

The Independent Newspaper Novices’ Chase, run on the Sunday of Cheltenham’s Open Meeting, then saw the unveiling of the latest top-class hurdler to make a winning debut over fences. Al Ferof, winner of last season’s Supreme Novices’ Hurdle in the John Hales colours made famous by One Man and Azertyiuop, put in some fine leaps on his way to a facile seven-length victory, thus stamping himself as a live prospect for the Arkle Chase at this season’s Festival.

Racing is built on hope – and when top-class hurdlers can begin their chasing careers with the elan shown by these three mighty geldings, race-goers can continue to dream of the delights which might lie ahead. 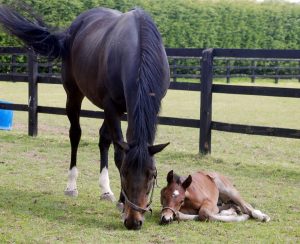