Irishman Jim Bolger was honoured with the Cartier/Daily Telegraph Award of Merit for his outstanding success in his often combined roles as trainer, owner and breeder, through stars of the track such as the homebreds Teofilo and Dawn Approach, plus New Approach, Lush Lashes and Finsceal Beo. Bolger’s role in nurturing people as well as horses was noted with his former employees Aidan O’Brien and AP McCoy among those to pay tribute to his talents.

Treve saw off strong opposition in the Cartier Horse of the Year category from Sky Lantern, Novellist, Al Kazeem and Moonlight Cloud, but there was compensation for connections of the latter when the Freddy Head-trained six-time Group 1 winner was named Cartier Older Horse of the Year, with her American owner/breeder George Strawbridge in the UK to collect the award.

There was stiff competition in the Cartier Three-Year-Old Colt category, with the honours going to Irish 2,000 Guineas and Breeders’ Cup Turf winner Magician, who saw off fellow Classic winners Dawn Approach, Trading Leather and Ruler Of The World, as well as Sussex Stakes winner Toronado.

The 330 invited guests at the Dorchester were also treated to footage of Cartier’s Executive Chairman Arnaud Bamberger and Harry Herbert presenting the Cartier Stayer award to the Queen at Buckingham Palace on Monday. The prize was given for Her Majesty’s Ascot Gold Cup winner Estimate, who provided the highlight of the 2013 Royal Ascot meeting. 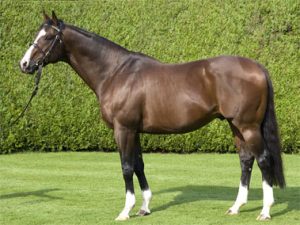 Up Next
Zamindar pensioned at 19