Trempolino, winner of the 1987 Prix de l’Arc de Triomphe, has been retired from covering duties at the age of 28.

The chesnut son of Sharpen Up will remain at Haras du Mézéray in Normandy, which has been his home since being moved from Gainesway Farm in Kentucky, where he started his stud career.

Bred in America by Paul de Moussac’s Marystead Farm, Trempolino is out of Trephine, a daughter of the Northern Dancer stallion Viceregal. Trained by Andre Fabre, he was placed in the Criterium de Maisons-Laffitte at two, and went on to win the Prix Niel en route to his most famous success at Longchamp. He retired with a Timeform rating of 135, having won four of his 11 starts.

Top-rated among his offspring is the Lagardere-bred dual Group 1 winner Valixir, who landed the Prix d’Ispahan and Queen Anne Stakes for the Aga Khan in 2005. Other top-class performers include Grosser Preis Von Baden winner Germany, Mill Reef Stakes winner Arkadian Hero, and Snow Polina, winner of the Beverly D Stakes for Bill Mott in 2000.

Confirming his retirement during the recent ‘Route des Etalons’ weekend, Mézéray’s Christine Dutertre, said: “He covered 11 mares last season and got nine of them in foal but he’s 28 now and, even though he is still in good health, it’s time for him to stop.” 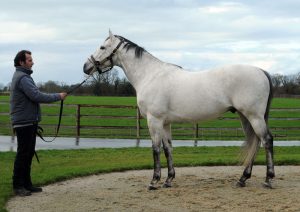 Up Next
Kendargent flying high with bumper book