By The Owner Breeder staff 25 September 2012

Marchand d’Or, the best son of Marchand de Sable, has been retired from racing at the age of nine. The grey gelding won 12 of his 40 starts, including five in Group 1 company, and was named Europe’s champion sprinter of 2008.

During that outstanding season he won the Group 2 Prix du Gros-Chene by a neck from Equiano on his seasonal debut in June followed by three consecutive Group 1 contests, the July Cup, Prix Maurice de Gheest and Prix de l’Abbaye.

With his victory in the Maurice de Gheest that year, Marchand d’Or achieved the unprecedented feat of three consecutive wins in the race for trainer Freddy Head but, following a winless 2009, he was switched to the stable of fellow Chantilly trainer Mikel Delzangles, for whom he added the Prix de Saint-Georges and Prix de Meautry to his tally of Group victories.

Homebred in France by Jean-Louis and Carla Giral, Marchand d’Or was the first foal of the Kendor mare Fedora. He retires, with career earnings of £1,065, 209, to a paddock alongside his dam at Haras de Sou. 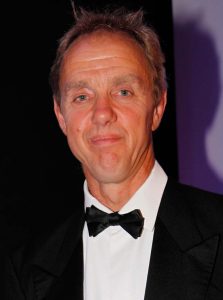 Up Next
Two new members for TBA Committee