By The Owner Breeder staff 15 September 2014

Two rising stars of the British training ranks enjoyed a memorable weekend in which they each bagged a brace of top-level wins.

Roger Varian secured his first Classic victory with Kingston Hill in the St Leger on Saturday before also making his mark on the inaugural Irish Champions Weekend at the Curragh.

The Newmarket trainer sent his Royal Ascot-winning juvenile Cursory Glance for her first attempt at Group 1 level in the Moyglare Stud Stakes, in which she had to battle hard to win by a neck from Godolphin’s Lucida.

Andrea Atzeni, who was recently signed up as retained jockey for Qatar Racing and is enjoying his best season to date with a strike rate of 18%, was in the saddle for both wins.

David Simcock travelled father afield in search of big-race glory and was handsomely rewarded at Woodbine in Toronto where his two raiders each landed Grade 1 contests.

Sheikhzayedroad became the first win at the highest level for jockey Martin Lane in the Northern Dancer Turf Stakes, while Jamie Spencer will have enjoyed partnering Trade Storm for his boss Sheikh Fahad Al Thani in his last season of riding.

The six-year-old British-bred gelding came with a late run to land the Woodbine Mile Stakes for the sixth success of his career, taking his earnings to just shy of £900,000. 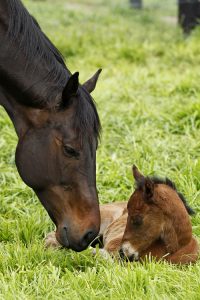 Up Next
First foal for Black Caviar