Trainer Edward Lynam has retired his star sprinter Sole Power at the veteran stage of his racing career as a ten-year-old.

The son of Kyllachy first emerged onto Group 1 sprinting scene when running out a surprise 100/1 winner of the Nunthorpe Stakes at York under Wayne Lordan.

Since then he went on to continue racing at the highest mainly over five furlongs in France, Ireland, Britain and Dubai.

The last destination he visited for the past five years and last months run in behind Ertijaal in the Group 3 Meydan Sprint turned out to be his final appearance.

“He’s been a wonderful horse and he’s going out on his own term as he’s totally sound,” said Lynam.

“His form up to 2015 had been at a very high level, but his form has dipped in recent years as, like all of us, he’s got slower as he’s got older.”

He won four other Group 1s, all coming at the minimum trip and displaying a potent turn of foot in the closing stages.

Those victories included two King’s Stand Stakes wins and another Nunthorpe when he was ridden by Richard Hughes who developed a fine relationship with him.

The last, however, came at Meydan in 2015 when he took the Al Quoz Sprint again in the hands of Hughes.

A winner of 12 of his 65 lifetime starts, Sole Power accrued well over £2 million in prize money for his connections.

Lynam continued: “I’ve never trained a more genuine, happier and sounder horse than Sole Power. I’ve been training since I was 21 and I’m 55 now. I was a nobody until he came around and he’s taken me to places I never felt were possible to go to.

“His CV was always strong, but, on top of that, he was a really popular horse.” 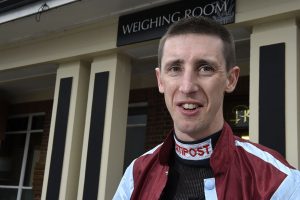 Up Next
Baker stable after St Moritz fall