Sales company, the brainchild of Will Kinsey and Ross Alberto, will host first online event on Sunday

Fledgling sales company ThoroughBid will break new ground on Sunday when it hosts its inaugural auction, an online event consisting of a varied collection of entries that should cater for a range of tastes.

The idea of trading horses online has long been a far-fetched notion against the industry’s firm tradition of selling at public auction. However, the concept has taken flight over the past 18 months, its popularity driven by a need borne out of Covid. Over that period, Tattersalls, Goffs UK, Goffs and Arqana have each accelerated their online presence, in particular Tattersalls which is now in the habit of staging monthly online events. In addition, private online sales sites such as Auctav and I Want The Winner have also been launched in France.

Enter ThoroughBid, the brainchild of Will Kinsey and Ross Alberto. Launched in July, ThoroughBid is a British-based sales company that places an emphasis on transparency, flexibility and convenience. As James Richardson, Head of Consignment, says: “You could be racing a horse one weekend and selling it the next.”

Lots are catalogued on the company’s site, thoroughbid.co.uk, alongside a range of handy information – such as race form, sales history, trainers and progeny ratings – that would otherwise take time for the potential buyer to compile. The horse’s owner is also disclosed alongside its veterinary certificates and notification of any vices.

“As Ross says, ‘it has all of the convenience of a private sale but with the credibility and confidence of a public auction’,” says Richardson.

Founders Will Kinsey and Ross Alberto came into the sport via different routes. Kinsey, a former trainer and amateur jockey, runs Peel Bloodstock and is based in Cheshire at Peel Hall Stud, which is home to the durable Grade 1-winning jumps stallion Frammassone. Alberto, meanwhile, is an enthusiastic follower of the sport who met Kinsey while the pair were involved in syndicate horses with Ben Pauling.

“Will and Ross went out to buy some horses for a syndicate,” says Richardson. “They attended the sales and Ross turned to Will and said ‘there must be some easier way to do this’. Will said ‘well this is the way we’ve always done it’. But when you sit down and think about it, why isn’t it an option?

“Then Covid happened, when Tattersalls and Goffs were having to conduct sales online, and that franked the idea.”

The inaugural catalogue has attracted 18 lots who are currently based in Britain, Ireland and France.

“Yes, we’re delighted with the catalogue,” says Richardson. “Especially attracting horses from Britain, Ireland and France. That illustrates exactly what we wanted to show – that you can trade anywhere to anyone.”

The sale kicks off with Beauty Stone, a five-time winning Australia filly rated 84. Once sold for €475,000 as a yearling to Godolphin and now in training with Tom Ward, she boasts the additional allure of being a close relation to Grade 1 winner Debussy.

In Lot 8, there is the opportunity to purchase a half-sister to none other than Poetic Flare. The mare in question, Mariora, is a daughter of Teofilo and therefore bred along the same Galileo lines as her celebrated younger sibling (by Dawn Approach), whose stellar three-year-old campaign already includes victories in the 2,000 Guineas and St James’s Palace Stakes. Also placed in the Irish 2,000 Guineas, Sussex Stakes and Prix Jacques les Marois, Poetic Flare appeals as a likely candidate to strike again at the top level before the year is out. 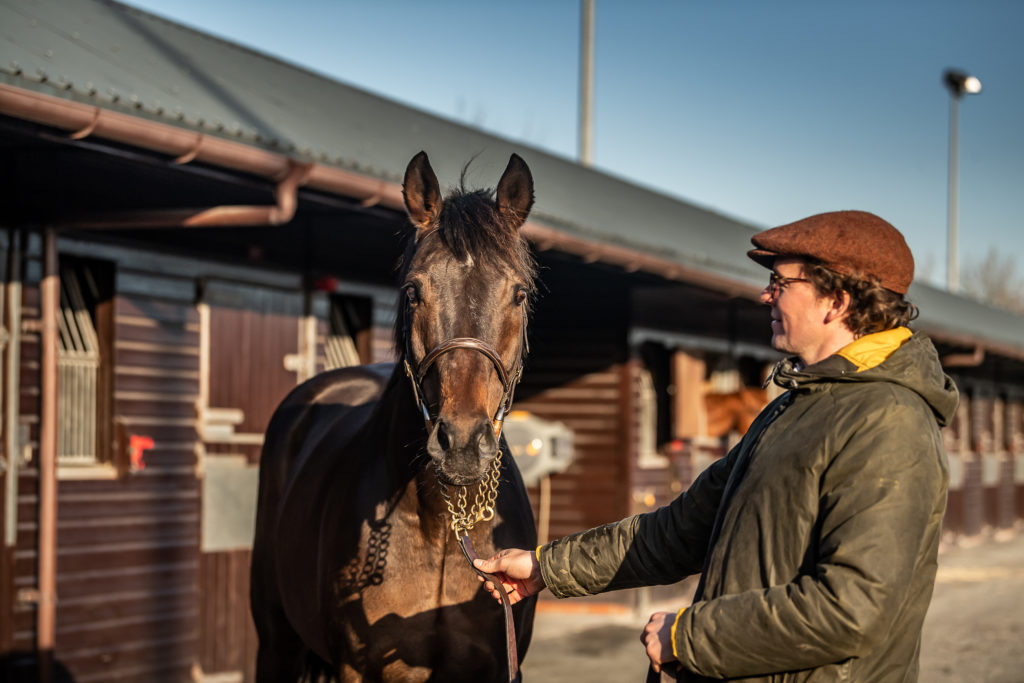 Mariora is also a half-sister to the Listed winner Glamorous Approach and from the further family of Teofilo himself, making her inbred 3×3 to Jim Bolger’s influential producer Saviour.

Meanwhile, Lot 6, Jolie Comtesse, is another to own very current connections as an Evasive half-sister to top stayer Trueshan, whose eight victories for Alan King include the Goodwood Cup and British Champions Long Distance Cup. Eight-year-old Jolie Comtesse, who also hails from the family of the Irish St Leger hero Flag Of Honour, is offered in foal to Trueshan’s sire Planteur.

Spanish champion and stakes producer Synergy is catalogued as Lot 9 in foal to young sire-of-the-moment Time Test while the horses in training section includes the stakes-placed pair Imperial Force (11) and Demonstration (14), a well-connected daughter of Areion.

Leading Theatre (12), a daughter of Leading Light, takes the eye among the jumpers, having won both her starts in Worcester bumpers – the latter by over six lengths – for Fergal O’Brien.

There is also the chance to purchase a 40% share in Just A Deal (15), the 19-length winner of his most recent start, a handicap hurdle at Southwell, for Caroline Bailey.

In-foal to Planteur and going under our online hammer THIS SUNDAY!

A collection of Wild Card entries will also be announced later this week.

“Bidding opens at 10am on Sunday and closes at 6pm onwards at two-minute intervals,” explains Richardson. “With our anti-snipe technology, anyone placing a bid in the last minute of the auction will cause the auction to extend by a further two minutes. We’re looking to offer smaller, regular catalogues with the idea that if you’re a buyer, you will know exactly when to log on.”

He adds: “We’re also conscious of the speed of transaction – funds will be available from within seven working days.”

The company’s ambition has been finely illustrated in recent weeks by its presence within the Racing League via Team ThoroughBid, which had horses trained by Andrew Balding and Richard Hannon running under its umbrella.

From a sales perspective, it hopes to assume a regular presence on the circuit with auctions staged at monthly intervals. The team have chosen run its sales on a Sunday in order to instill a consistency that it will see it clash with few sales throughout the year.

“The beauty of it is that it’s just as easy to put on a 40-horse sale as it is a one-horse sale,” says Richardson. “The key for us is transparency. We’re here to work for all the stakeholders in the industry and hopefully we will be of some benefit to them.” 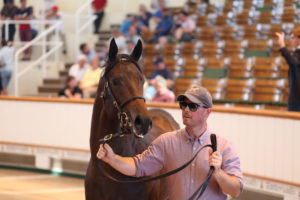