Outstanding mare in best form ever ahead of third Arc bid

By The Owner Breeder staff 29 September 2015

Thierry Jarnet says superstar Treve is in the form of her life ahead of their date with destiny in Sunday’s Prix de l’Arc de Triomphe.

The Criquette Head-Maarek-trained five-year-old, owned by Al Shaqab Racing, has looked imperious in her three races this season, most recently slamming her opponents in the Prix Vermeille by six lengths, and is odds-on with most firms to claim her third Arc.

Jarnet said: “When I rode Treve at the end of August she felt exceptional. But in her Arc prep race, the Vermeille, she was even better. She was fresh, so I had to keep a strong hold of her, but her acceleration was fabulous. I believe she is better than she has ever been – better than when she won her two Arcs.

“Treve has filled out, is stronger and, incredibly for a five-year-old, still maturing. She has a very good brain, takes her work very seriously and is a true professional in everything she does. If any horse deserves to be the first to win three Arcs, it is Treve.

“Her acceleration sets her apart from any other horse I have ridden. If she wins a third Arc she will become part of racing legend.”

Treve’s rivals in the Paris showpiece will include Prix du Jockey-Club victor New Bay, who posted a most impressive performance in his prep race in the Prix Niel, and the Aidan O’Brien-trained Found, runner-up to Golden Horn in the Irish Champion Stakes. A dry forecast could also see Golden Horn take his chance in the Arc. 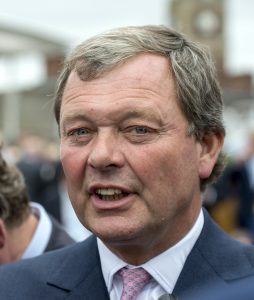 Up Next
Queen’s Recorder to miss rest of season