The racing industry must not miss deadline

The racing industry is challenged with a very tight timeframe to comply with the government’s requirement to establish a charity by March in order to receive a percentage of the first of five tranches of £10 million each in net proceeds from the sale of the Tote. I wish the BHA every success in meeting this deadline.

With the exception of the obvious financial year end, one wonders why the notice period given by the Department of Culture, Media and Sport is so short, when the same department extended, on more than one occasion, the procedure for managing the sale of the Tote.

The TBA Board has offered the TBA’s charitable status, which allows it to collect and distribute funding to the same recipient profile (those associated with horseracing, breeding, veterinary science and welfare), as a distribution vehicle should the BHA’s own new Racing Foundation Charity fail to meet this deadline. Naturally, the preferred route must be for the BHA to establish its own charity, but from experience of the TBA’s own recent restructuring, this can be a far longer process than originally imagined.

Surely, after the far from satisfactory outcome of the Tote sale, racing must mobilise itself to ensure that we do not score another own-goal, albeit of the government’s making, by missing the deadline for creating a charity through which to distribute funds. If we lose the opportunity to secure the first release of funds in 2012 as a result of bureaucratic requirements, this would be a disaster, not only financially but also for the BHA’s reputation.

It is essential that the process for inviting and processing grant applications for the charitable funds is dealt with in a transparent and timely manner. The TBA intends to submit an application for charitable funding in support of the thoroughbred and would, naturally, like to see support for a number of deserving causes, not least for welfare, training and veterinary research.

However, there is a need to ensure that while the process of providing new support for racing’s charities is most welcome, this short-term gain does not compromise the longer-term future of other levy expenditure headings. This includes veterinary research and training, which rely on the Levy Board’s support. It is not a case of simply removing them from the list of Levy Board obligations in order to strengthen its contribution to prize-money. We must put safeguards in place to ensure that these vital services continue to receive direct attention and are not compromised by the attraction of new short-term funding.

In the inevitable surge of interest in securing new charitable funds, one issue that must not be allowed to escape our gaze is who are the likely recipients of the non-charitable element and what percentage of the £10m per annum release will be allocated to this sector?

The potential for conflicts of interest for the trustees is not inconsiderable and, on careful examination of the criteria for grant applicants for the non-charitable awards, there is potential for this funding also to provide direct benefit to members of the Horsemen’s Group. Of course, the picture could be different if the levy replacement discussions with the same government department proceed apace. But who within the racing and the bookmaking industries will have an appetite to ensure the son of levy will inherit the rightful responsibilities of its father?

One thing is for sure, we need to protect the interest of the horse throughout these negotiations and the TBA, through the Horsemen’s Group’s rightful influence in these negotiations, will be minded to follow this closely. The horsemen have an important role to play. Our members provide the racing product and, crucially, the Horsemen’s Group’s co-operation will be essential for the levy replacement discussions to come to fruition.

My name has been submitted for consideration for one of the trustee’s positions on the eventual Racing Foundation Charity. If appointed, my priorities will focus on working to ensure that the horse, and those that care and nurture him, are the real beneficiaries of this exercise. 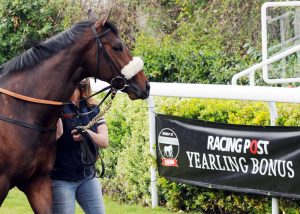 Up Next
Yearling Bonus Scheme to be reviewed