The quest for the perfect jumper

In recent years, the Cheltenham has welcomed many French-breds – but top-class National Hunt horses emerge from anywhere

It won’t just be Cheltenham’s racegoers travelling from far and wide on their annual pilgrimage to Gloucestershire this month, many of the equine stars can boast equally eclectic backgrounds.

Competition among owners large and small to acquire a Festival contender is as strong as ever and the big-race hopes have been acquired from many different beginnings. It is a marketplace that has changed in many respects over recent seasons, meaning that runners in this year’s feature events have often travelled a more divergent route to Prestbury Park than their counterparts did a couple of decades ago.

Back then, the 1995 Gold Cup went to Master Oats, a failed point-to-pointer transformed by Kim Bailey; one-time modest Irish Flat performer Viking Flagship took the Champion Chase; while Alderbrook – a Group 3 winner on the level – won the Champion Hurdle. All three were British-bred.

Most star jumpers those days were bought by patient owners as stores and then, as now, Irish point-to-pointers had a strong appeal, with successful graduates in 1995 including Stayers’ Hurdle winner Dorans Pride.

Unusually, that year’s Arkle winner Klairon Davis began his racing career across the Channel, but otherwise the handful of French-bred top-level runners were either sent over to Cheltenham by Francois Doumen, like 1994 Gold Cup hero The Fellow, or trained by Martin Pipe, once again ahead of his contemporaries as a convert to Gallic jumpers.

Now the competition for a nice prospect is forcing us to make a decision after one or two runs, you are doing it on much less evidence

It was shortly afterwards that a young agent working with David Minton, Anthony Bromley, began investigating the French market and he has scarcely looked back, bringing over the likes of Kauto Star, Master Minded, Big Buck’s, Long Run and Binocular to excel at Cheltenham.

“It’s a tougher game than it was ten to 15 years ago,” says Bromley, a partner in Newmarket-based Highflyer Bloodstock. “A lot of people are after French horses because when you look at the Saturdays and the big festivals it is invariably those horses who are coming through. About 70% of our Highflyer-bought Graded and Listed winners this season have come from France. 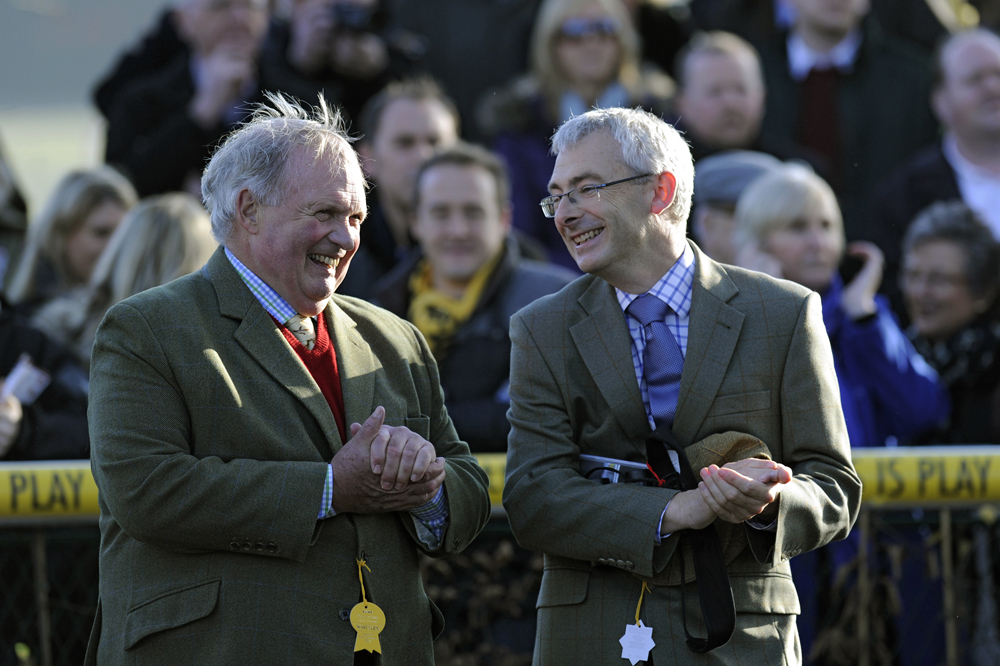 “Now the competition for a nice prospect is forcing us to make a decision after one or two runs, you are doing it on much less evidence. A decade ago you had the luxury of seeing a horse go through maidens, into Graded races and then you could make a firm assessment.

“You can’t wait for a horse like Kauto Star, Big Buck’s and Master Minded to get a level of form in graded races now before you step in. They were expensive horses but you knew they were of a certain level.

“I’m not actually paying more money now than I was back then, but just doing it on less evidence. There’s still okay value to be had but you have to find angles. You have to be quick but you also have to do due diligence. There’s a number I have missed, I had to let them go at the money they were talking. You see some that have worked out for other people and some that don’t. This year I’ve been lucky, but I can’t rest on my laurels.”

Peace And Co, one of Simon Munir and Isaac Souede’s formidable juvenile hurdling team, had enjoyed a jumping win before any of his Triumph rivals, scoring at Clairefontaine in June for trainer Christian Scandella.

French agent David Powell, who has worked exclusively with Highflyer for 19 years, was at the Normandy course and acted quickly.

Bromley adds: “A debutants’ race at Clairefontaine in June isn’t normally where you’d find a Triumph Hurdle horse so he’s been a surprise package. The form worked out well subsequently, but I didn’t know that at the time. It was speculative. He was just a nice prospect that you thought might mature into something.”

Faugheen was one of four Grade 1-winning Irish point-to-pointers at last year’s Cheltenham Festival and with a roll of honour that includes Gold Cup winners Best Mate, Denman, War Of Attrition, Kicking King and Imperial Commander, they remain a happy hunting ground for many. Whereas most of those changed hands privately after their pointing starts, one of the great changes in recent years has been the rise of the boutique sales. Cheltenham’s auctions, which began only in 2004, turned over more than £12 million for Brightwells last year. There was also a good trade at DBS’ Newbury auction and the Goffs Punchestown sale.

But such is the auction market for ex- point-to-pointers that some, like agent Tom Malone, find the horses increasingly hard to buy away from the sale ring.

The buying strength of the major Irish owners has prompted Malone to look further afield for value, including to Germany, where he found leading hurdler Irving.

He reveals: “Up until the last 18 months, 90% of my horses came from Ireland, but since then it has become 65% Ireland and 35% France and Germany. The good horses are still coming from Ireland but it’s so difficult to buy against the powerhouses of JP McManus, Gigginstown House Stud and Barry Connell. Their purchases stay with the trainer, who understandably doesn’t want to lose the horse so will sell to JP or one of the others even if he’s getting £50,000 less.”

Although Larkhill winner Bitofapuzzle looks to have a real chance in the OLBG Mares’ Hurdle, the marketplace for British point-to-pointers is still limited.

You go with £100,000 to spend privately on a pointer and you’ll be doing a lot of looking and driving around

“There aren’t enough in English point-to-points taking each other on so all you learn is that a horse jumped round and that its wind was okay,” adds Malone. “The system isn’t geared towards producing young horses and the problem is that you have all-age maidens. If a four- or five-year-old is going to be any good you’d expect them to beat a seven-year-old maiden first time out. And if he does it then he’s only doing what he’s supposed to do.

“I’d like to see four- and five-year-old maidens at places like Larkhill or Barbury Castle. If they had eight nice runners from good producers it would make my job a lot easier to watch a race like that off level weights.”

A major fillip this year will be a DBS-backed £10,000 bumper at Aintree on May 15 for graduates of British point-to-points.

“That race is going to be a big boost to everybody, the winner will get a wildcard to the Doncaster May Sale,” says Minton. “We have some at home to try and qualify for it and it should be a big boost to pointing in the UK.”

Irish point-to-point vendors restocking have contributed to a revival in the store market, which was hit harder than most by the recession, and Minton, who picked up Bobs Worth for £20,000 and The New One for €25,000 in that sphere, feels there is still value to be had.

“The store market’s come back, it’s like it used to be,” he says. “It’s boosted by the strength of the Irish point-to-point market, the boys have made good money and upped their stakes. Form horses are making so much that owners are keen to buy stores, you can still get a good one for £25,000 to £30,000. But the owners crack on with them now, they won’t give them 18 months off like they once did.

“There’s also good demand for younger horses, most of the top foals at Fairyhouse in November are bought to race and won’t be reoffered, and we actually bought Many Clouds at that sale for €6,000 for Trevor Hemmings as a foal.”

Whereas it was once not unusual to see a Group Flat performer such as Alderbrook switch to hurdling, demand for the same type of horse from overseas mean that fewer now end up jumping.

“I feel the juvenile division has suffered from ten to 15 years ago,” adds Malone. “You see a lot of 65-rated Flat horses winning juvenile races, whereas there were once some really smart types running in such races.

“We can’t afford to buy them. The overseas markets are so strong, including the Middle East and Hong Kong, but more than ever it is Australia now. They want ten- to 12-furlong performers rated 75 upwards and big, strong, good-limbed horses – exactly what we want to go jumping.

“It’s very hard to compete with the money they offer but, having said that, I’ve still managed to sneak the likes of Dodging Bullets, Third Intention and Irving off the Flat so it can be done.”

Just as those four days at Cheltenham are sacred for many racing enthusiasts, they can mark the culmination of many years’ scouting for those buying the horse.

“Cheltenham becomes a major part of your life when you work in this business and we’ve a heck of a team going this year – it will be about 70 runners,” says Minton. “It’s hectic but I love it. I haven’t missed a day there since 1973.” 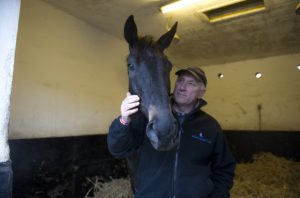 Up Next
Oliver’s hungry for more