By The Owner Breeder staff 07 September 2015

Exciting two-year-old Recorder, who carried the Queen’s silks to an impressive victory in the Group 3 Acomb Stakes at York in August, will miss the rest of the season through injury.

The son of Galileo, who was being considered for a tilt at the Group 1 National Stakes at the Curragh on September 13, will have a Classic campaign in 2016.

Trainer William Haggas said: “He had a setback after York and is off games with an injury for the rest of the season. However I hope very much to have him back next year for the 2,000 Guineas and hopefully the Derby as well.”

Recorder’s dam, Memory, showed plenty of talent and temperament during her career, scoring at Group 2 level as a juvenile but failing to sparkle at three, when she refused to race on her final outing.

“I didn’t train the dam but I have no doubt that Recorder will train on,” Haggas added. 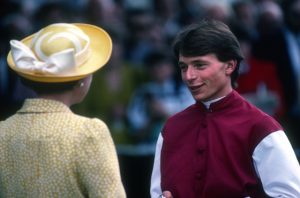 Up Next
The Kentucky Kid still Oh So Sharp