The Queen to add lustre to meeting

By The Owner Breeder staff 21 September 2011

The Queen will attend the inaugural Champions’ Day

Frankel may be set to be the equine star of the show at the new QIPCO-sponsored Champions’ Day at Ascot, but the meeting has also been given the royal seal of approval with the news that Her Majesty The Queen will be in attendance.

Britain’s richest raceday, which is on Saturday, October 15, has the Champion Stakes and the Queen Elizabeth II Stakes as the two major races of the meeting, and the Queen will present the trophy to the winning owner of the race named in her honour, which is worth £1,000,000 in prize-money.

An owner/breeder herself, The Queen has enjoyed a successful 2011 Flat season to date. Tactician won the Listed Silver Cup at York in July, while Carlton House won the Dante Stakes before finishing third in the Derby.

My Kingdom Of Fife, who was bred by the Queen and sold to Australia last year, has subsequently won the Group 1 Queen Elizabeth Stakes and Group 2 A D Hollindale Stakes in his adopted country. 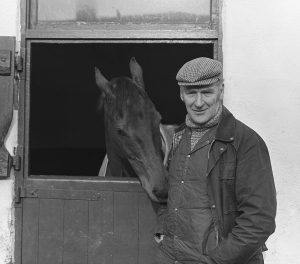 Up Next
Racing mourns the loss of two greats