Amid the sub-plots and background stories running obliquely through this year’s Royal Ascot was one that reached a perfect ending in the final race.

Frankie Dettori had run off with the show long before the Royal procession on that Saturday afternoon, Ryan Moore was relentlessly stalking him in trademark, steely-faced determination, and Blue Point was about to land a Group 1 sprint double. Yet for every front-of-house highlight there were dozens of might-have-beens for owners, trainers, grooms, racing managers and bloodstock agents.

In that category, until the fifth day’s closing race, you could find King Power Racing, trainer Andrew Balding and agent Alastair Donald, a triumvirate suffering with near-miss syndrome, until, finally, Cleonte came good and pulled clear to win the Queen Alexandra Stakes.

Donald says the victory was “as good as a Group 1 win”, which, given that the contest is a conditions race of extreme length and popular with jump trainers, is an insight to agent pressure. Never more so, given the turmoil experienced within the King Power Racing camp following the death in October of its founder and chairman Vichai Srivaddhanaprabha.

“Royal Ascot started off great when Beat The Bank was second in the Queen Anne, because the horse was very close to the family’s hearts,” says Donald. “He was the first flagship horse owned by King Power Racing and the chairman loved him.

“However, after that good opening we kept hitting the bar – the horses were running well, but we lacked a bit of luck. We had seconds and fourths, and then it rained and we had soft ground when we wanted fast ground. Then it dried up when our soft-ground horses were about to run. It was becoming very frustrating, and I remember thinking, ‘Please, can we have a winner – they [the Srivaddhanaprabha family] so deserve it’.

“When Cleonte won the final race it was a huge relief. It felt way better than a Group 1 winner, and we’ve had plenty of those. I was so pleased for the family, and it was hugely important for King Power Racing.”

Sitting in his Hungerford office, Donald comes across as a content and happy man again, far removed from the wounded figure who attended last year’s Tattersalls Autumn Horses-in-Training Sale just a few days after Vichai’s death.

“I had made lists of horses to buy, but I couldn’t bother the family with that,” he says. “Everyone [at the sale] was very sympathetic, but I did try to avoid the press, because it was one of those occasions when you really didn’t know what to say.”

Reflecting on the moment when he first heard that Vichai’s private helicopter had crashed after taking off from Leicester City’s football ground, Donald says: “I was at home with the kids when Andrew rang and said, ‘Something awful has happened – you had better turn on the television’. I switched on Sky News and thought, ‘Oh my God,’ because he was bound to be on that chopper, and then I wondered who else would have been on the flight with him. Every time he came racing there were always pilots, assistants, family and friends.

“It was a one in a million accident – there was a fault with the foot cable to the rear propeller, and if the helicopter had been flying forward it would have auto-rotated down, but they didn’t have forward momentum and weren’t high enough.

“It was obvious we couldn’t contact the family to discuss what they wanted for the horses, and we had to wait for them to call us – a few days later we were asked not to run anything for a week, and from there on we just managed things without bothering them.

“I thought a dispersal was unlikely, and when his son [Aiyawatt, also known as ‘Top’ and now King Power’s CEO and Chairman] spoke of keeping his father’s legacy going with Leicester City I felt that was encouraging, although we didn’t know for sure.”

Donald says the financial impact of a dispersal never entered his head. He says: “I had other business and clients, but it would have been devastating to lose the opportunity of buying that calibre of horse, and to think that a good one would come along and they wouldn’t be around to see it. It would have been awful if it was all very short-lived.” 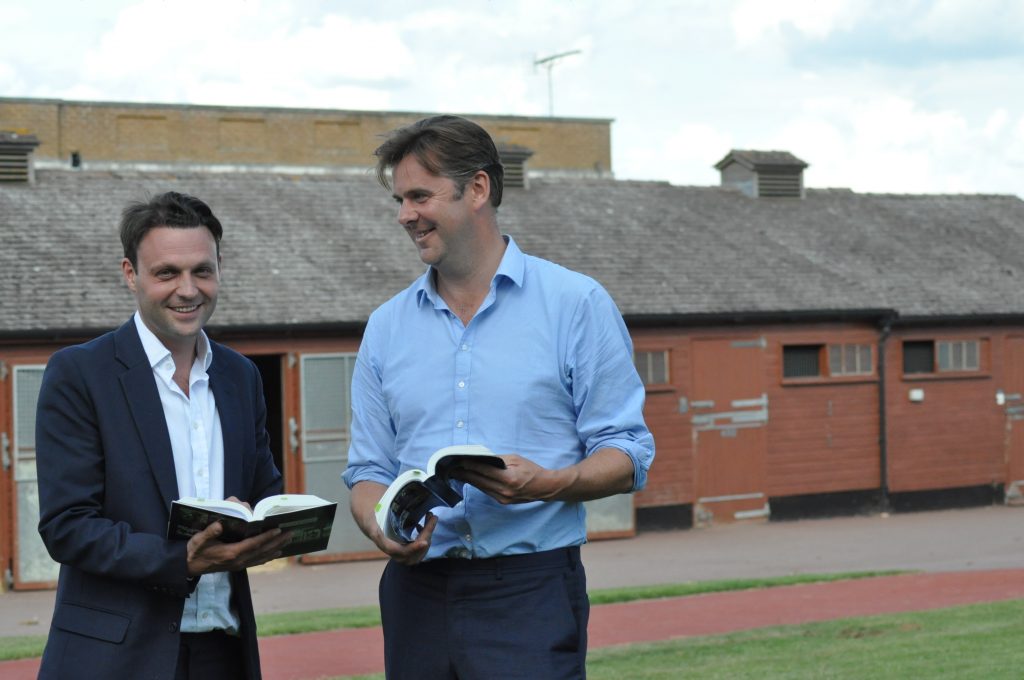 The evolution of an agency

Donald is one half of SackvilleDonald, an agency created in 2011 with Ed Sackville. The two men met while working for Luke Lillingston’s Kern Lillingston agency, and complement each other through sharing ideas but focusing on different areas of the market. It is Donald’s remit to work on horses in training, while Sackville handles the buying of breeding stock – they come together to buy yearlings, yet work for their own clients.

Asked how the agency has developed, Donald says: “It has grown in terms of number of clients and through our own realisation of the areas and clients on which we wish to concentrate. I don’t waste as much time chasing a horse only to find we can’t get the job done, but that has come with experience. You learn to see opportunities which can come to fruition, while avoiding those that are unlikely to succeed.

“The other key change has been the availability of race replays through the internet, which means you have to react much faster. As a result the proven-horse market is now far more competitive. In the past you would have a few days to consider a race before offering a horse to Hong Kong, but now you have to be on the phone within hours and have an offer ready to go the next day. We used to Fed-ex DVDs and it would take a week for an offer to come in.

Given his agency’s involvement with Hong Kong he would appear to be nicely positioned should racing in China become more commercial and accepting of betting.

If breaking into China resembles a closed door it is no more difficult than dealing with a European trainer who loathes agent approaches to buy horses in their yard.

Donald says: “Trainers who have emerged in the last 15 years are much more commercially minded and willing to sell horses. They realise the importance of turning horses over, while in the past many trainers hated selling horses. Today, if a horse has done well and can be sold for a good price it could pay for an owner’s racing for several years. A lot of trainers now plan a horse’s career around their value.”

Power in the sport of Kings

King Power had an affinity with sport through interests in football – including ownership of Leicester City FC – and high-goal polo before making its entrée to British racing in 2017.

In that year eight wins and ten places from 48 runs was a satisfactory start on the racecourse, but the organisation’s buying impact, both privately and at public auction, was more significant.

Seeking horses that could provide instant action, Donald picked up some breezers in the spring of 2017 and bought proven horses privately, acquiring such good performers as the ill-fated Beat The Bank, Cleonte and Donjuan Triumphant.

At Goffs’ London Sale he and Sackville purchased six lots for £2 million, and they combined their yearling buying experience to gain further purchases that autumn. Chief among a swathe of King Power acquisitions at Tattersalls’ Book 1 was a Dubawi filly later named Tuk Power, and a Frankel three-parts sister to Oaks winner Talent who was given the name King Power. She was subsequently third in this year’s Listed Lingfield Oaks Trial.

Factoring in purchases for other clients, SackvilleDonald bought 32 lots for just over 13 million guineas at that auction, while at the Goffs Orby Sale the agency gained 21 yearlings for more than €3 million. This buying spree continued at the horses-in-training sales, where purchases included Morando, who was to win this year’s Ormonde Stakes.

Further acquisitions came at the 2018 breeze-up sales, at the London Sale where another six lots cost slightly more than £2m, and there were further big-money buys at the yearling sales, a few weeks before tragedy struck.

Reflecting on his introduction to Vichai Srivaddhanaprabha, Donald says: “King Power had done the rounds of various trainers and chose Andrew Balding [as its first trainer]. Andrew felt it was an organisation that would need some help with managing its plans, and put my name forward. In year one we worked with Andrew, but he and I soon realised it was growing pretty quickly and he [Vichai] could not have all his eggs in one basket, so recommended some other trainers. Andrew was part of that process.

“Before then we would go to Book 1 and the Orby, and, after looking at every horse, would knock a load off the list because we knew we couldn’t afford them.” 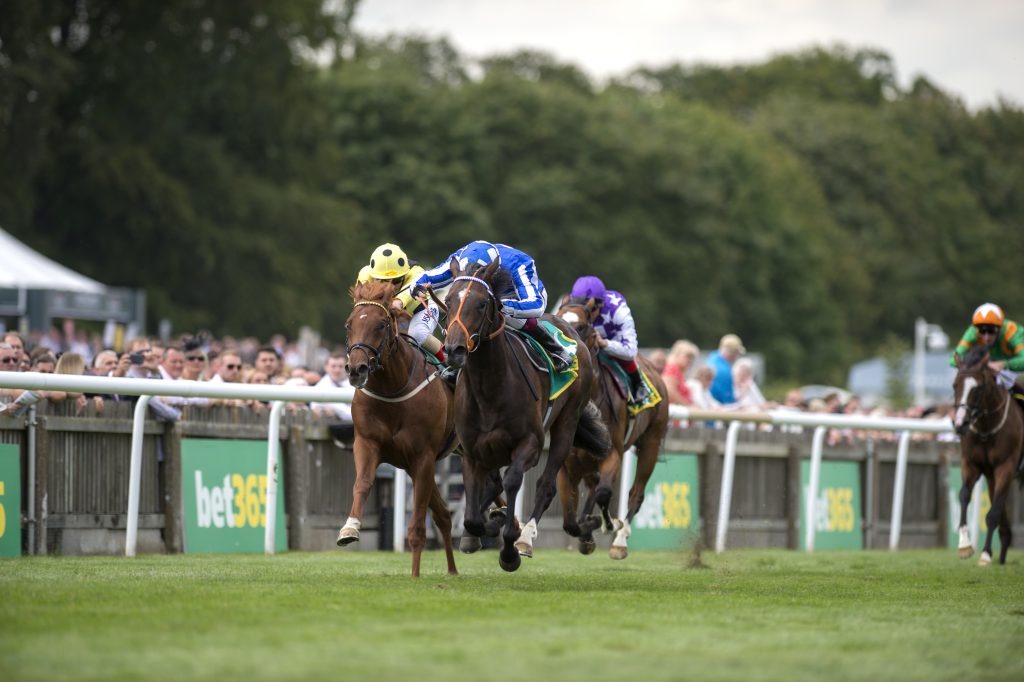 One of the first big names to carry the blue and white silks was popular campaigner Beat The Bank. Widely credited as a horse pivotal to King Power’s growth, Beat The Bank won the bet365 Mile upon his return to action this year and then the Summer Mile at Ascot, only to sadly suffer a serious and ultimately fatal leg injury in the race’s closing stages. It struck a tragic note on a tumultous afternoon for King Power who only minutes before had celebrated the victories of Pivoine in York’s John Smith’s Cup and Mystery Power in the Superlative Stakes at Newmarket.

Since the Chairman’s death there has been a breeze-up purchase and a few private purchases, but Donald stresses the reduction in spending is because King Power is happy with the number of horses currently in its ownership. He says: “In the past we were working towards a five-year strategy to build up to 100 horses in training, and to keep it there with an approximate 25 in and 25 out each year. We haven’t had to buy many horses [since the Chairman’s death] because we have a good team in place, and enjoyed a good start to the season.

“Every indication is that they [Vichai’s family] want to keep his legacy going and they are enjoying it, so I would be pretty confident that we will stick to his plan.”

Oohs and ouchs around the world

If Cleonte’s Royal Ascot win will remain a personal favourite of Donald’s, it has not been the only success for his agency.

Stormy Antarctic, who he bought as a breezer, won Group races in Germany and Italy in the spring, and Donald says: “He’s been a bit of a legend. Horses like him who stay around for a long time are wonderful – he’s won Group races in Germany, Italy, France, England, and been placed in Ireland and the US. It would be great for [trainer] Ed Walker if the horse won a Group 1, and I’m sure he’ll find one abroad.”

Amade, who is trained by Alessandro Botti in France, won the Belmont Gold Cup after SackvilleDonald bought 50% of him for OTI Racing. Donald says: “He might run next in the Prix Kergorlay and he could be a runner in the Melbourne Cup.”

Less high-profile, but memorably quirky and rewarding, was a Group 3 race in Hong Kong in which Donald purchases filled the first five places, headed by Simply Brilliant, who was known as Senator when he raced in Europe.

Near misses include three runner-up spots at Royal Ascot with Beat The Bank (Queen Anne Stakes), Fox Chairman (Hampton Court Stakes) and Bangkok (King Edward VII Stakes), and second place in the Hong Kong Derby with Waikuku. Donald says: “We’ve won three Hong Kong Derbys, but it would have been particularly rewarding to do so for Mr Siu, who owns Waikuku and Stormy Antarctic.” 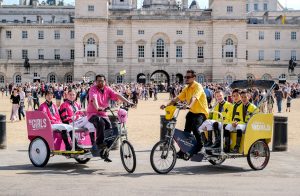 Up Next
Ho looking forward to Shergar Cup challenge