The Owner Breeder will join the rest of the racing world in standing alongside the sporting community by supporting a social media boycott to highlight the issue of social media abuse and racism suffered by participants.

Following a planned commemoration of the life of Lorna Brooke, we will join racing’s boycott of Facebook, Instagram and Twitter from 9pm on Friday evening until 11:59 pm on Monday, May 3.

The boycott takes place during the weekend that features the first two British Classics of the season, the QIPCO 2,000 Guineas and the QIPCO 1,000 Guineas at Newmarket.

The Jockey Club, which owns Newmarket, is among the bodies in racing who will be taking part in the blackout.

“We believe sports competitors and officials deserve respect and that social media should not be a hostile environment for those trying their best to compete and provide entertainment for the public.

“I am grateful to everyone in the sport who takes part in this boycott to help spread this clear message of solidarity to social media companies and say that enough is enough, and change is needed.”

Paul Struthers, Chief Executive of the Professional Jockeys Association, added: “Our members receive vile abuse on a daily basis. We are sick and tired of it and the lack of action by social media companies.

“We and our members stand shoulder to shoulder with other sports in sending a united message that online hate and discriminatory abuse is totally unacceptable and needs to be eliminated.” 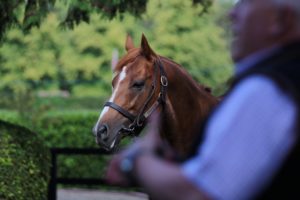