The name’s the same

By The Owner Breeder staff 05 September 2011 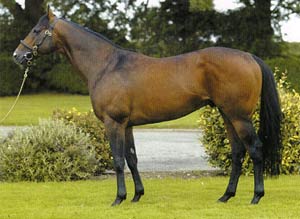 An inevitable consequence of the fact that each racing nation keeps its own log of names is that the same names can crop up in different countries at the same time.

Obviously, as only a very small percentage of horses graduate to the higher levels, instances of a name being shared by high-profile horses in two countries are rare. They are not, however, unknown – and there seems to a rash of duplications at present.

Recent Grade 1 results in America might cause European racegoers to do a double-take. Acclamation, winner of the Diadem Stakes at Ascot in 2003 and currently one of Europe’s most in-form sprinting sires, appears to be one of this season’s stars in California, a US-bred five-year-old of the same name having won three consecutive Grade 1 races including most recently the Pacific Classic at Del Mar.

Farther east, any European visitor to Saratoga might have been taken aback to see the winner of one of America’s premier two-year-old races, the Grade One Hopeful Stakes, sired by High Cotton. This, of course, is the former Todd Pletcher-trained Grade Three-winning son Dixie Union, rather than the High Cotton who built up a following in Britain in the early years of this century when he joined the list of high-achieving maidens.

Having raced in the Desert Orchid colours of Richard Burridge, High Cotton retired in 2008 as a 13-year-old maiden after a 42-race career which had seen him reach the unsaddling enclosure at the Cheltenham Festival twice (when finishing fourth in the National Hunt Chase in both 2003 and 2007) as well as finishing second in the Eider Chase, third in the Reynoldstown Novice Chase, third in the Northumberland National and ninth of 23 in Hot Weld’s Scottish National in 2007.

Even more confusing might be this year’s Melbourne Cup, which could be contested by two horses named Harris Tweed: the consistent William Haggas-trained four-year-old stayer, most recently third in the September Stakes at Kempton, shares his name with the NZ-bred son of Montjeu whose form includes second placings in both the 2009 Australian Derby and 2010 Caulfield Cup. 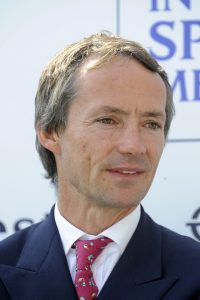 Up Next
Walter Swinburn to quit training