Do the figures add up?
Stories

The man on a golden run

It’s been quite a 12 months for your breeding operation with full siblings Ladies Are Forever and Hoof It winning big prizes. Which result has given you most pleasure?

It’s been a very good time, starting in October when Ladies Are Forever won the Redcar Two-Year-Old Trophy and Gilt Edge Girl (by Monsieur Bond) the Prix de l’Abbaye at Longchamp, all the way through to Hoof It’s fantastic victories at York and Goodwood. Of course, they were all special to me. But I always say I get the most pleasure from my last winner.

I was asked this question the day after Lady Royale had won a small handicap at Ripon and I nominated her. After all, she will be going to the paddocks and will be another important part of the team.

You keep your broodmares at Yapham Mill Stud – how many do you currently have and how do you decide which progeny to race and which to sell?

We have 12 broodmares. We tend to buy a filly for speed and if she is successful will retire her to the stud, where we will breed speed to speed with one of our stallions, Monsieur Bond at Norton Grove Stud, Misu Bond at Hedgeholme Stud or Captain Gerrard at Mickley Stud.

Captain Gerrard had to be sold to Mickley Stud after I had endured a bad year; they offered me a good price and we needed the pennies. We usually sell the colts.

Does Forever Bond, the dam of Ladies Are Forever and Hoof It, have other progeny on the ground?

We have a full sister to Hoof It and Ladies Are Forever going to the Doncaster Premier Sale this month (September) and we have had a lot of phone calls inquiring about the filly. She is very nice and we think she is like the rest of the family – tough. The first out of the mare, Forever’s Girl, is blind in her right eye and has won seven races even though she has been cast three times, on one occasion suffering a badly swollen knee; she virtually runs on three legs.

But she is toughness personified, like the rest of the family. I received a big offer from abroad for Forever Bond two days after Hoof It’s Stewards’ Cup. But you never sell your best player, unless it’s a price that would keep the wife and our four children for the rest of their lives. 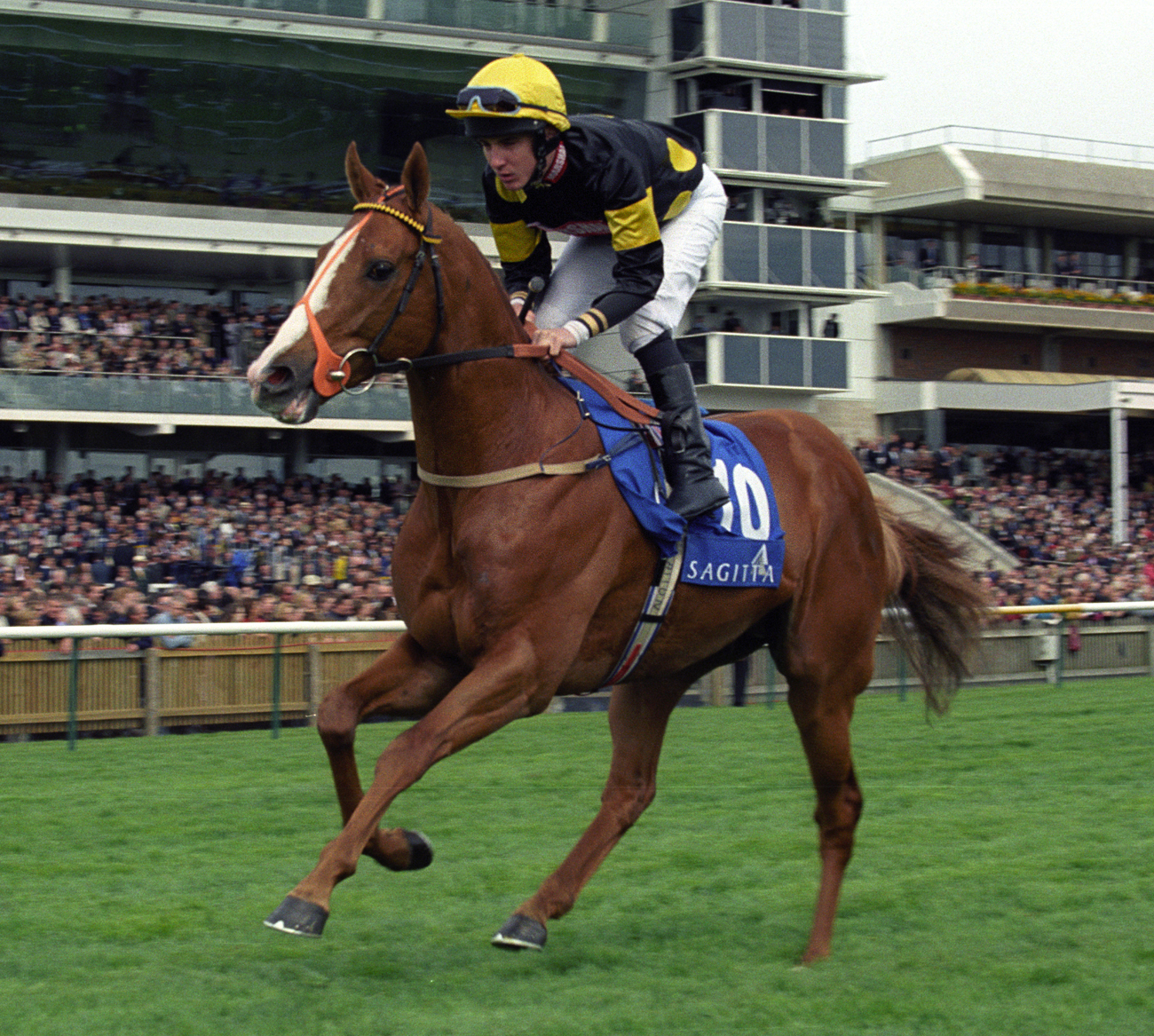 Has the success of Hoof It and Ladies Are Forever resulted in an increased demand for your stallion Monsieur Bond?

This season he covered 120 mares, compared with 20-30 in previous seasons. We started him at £2,000 and then raised him to £3,000. For a stallion responsible for a Group 1 winner he is at the right end of the market. He has done so well physically at Norton Grove Stud that we don’t recognise him from his racing days! Maggie Lingwood, wife of the stud manager, goes out and gives him extra carrots every time he has a winner.

At the end of his racing career we sold half of him to Whitsbury Manor Stud, where he stood for two years, and it was the team at Whitsbury who were responsible for Gilt Edge Girl. We then bought out Whitsbury’s half share and brought him back to Malton.

Since setting out in 2000 you have shown a marked preference for buying and breeding sprinters. Why?

When I first went into racing I realised that I would never win Derbys or the top middle distance races because I can’t compete with the Arabs and Coolmore. So I decided to focus on sprinters and that’s where we are, with an interest in three particular stallions. Besides, I get bored watching races that last much longer than a minute! It’s all about speed for me.

You started with just two horses and one of them, Bond Boy, won the Stewards’ Cup. That must have whetted your appetite …

It was absolutely brilliant. He was a big horse and Bryan [Smart] said he had speed to burn, but he didn’t win at two. The next season he won his maiden at Beverley by a short head but he was getting better with age and ended up winning about 11 races for us, including the Stewards’ Cup at Goodwood.

He now stands in his own five-acre paddock here overlooking all the children in the other paddocks. He loves watching them playing around.

Having enjoyed so much success with Bryan Smart, why did you decide to set up Geoff Oldroyd as your private trainer?

Cost, basically. Bryan was very good to the Bond family and they were very good for him. He was in Lambourn and it was taking me five hours from Yorkshire to see my horses gallop. I’m a businessman; it didn’t make economic sense with all that wasted time sitting in the car. Then one day at York Bryan bumped into Les Eyre, who said he was moving to Spain and wondered if Bryan wanted to buy his stables at Hambleton.

Bryan did and continued to train for me, but Geoff Oldroyd, who worked for me as a wagon driver after he’d finished riding, asked if I could help him set up as a trainer. It ended up with Geoff starting off with some fillies and the colts staying with Bryan, who still has about half a dozen for me.

Your working life has revolved round the tyre distribution business. How did you get involved with horses and racing?

It all came about as the result of a business relationship with Wayne Clifford, of Bathwick Tyres. He invited me to a corporate day at Bath, where we all got excited by the victory of his horse Bathwick. Wayne then had a runner at York and we were standing by the champagne bar when Wayne’s trainer Bryan Smart joined us.

By the end of the day Bryan was on the lookout for a couple of horses for us and one of them turned out to be Bond Boy. 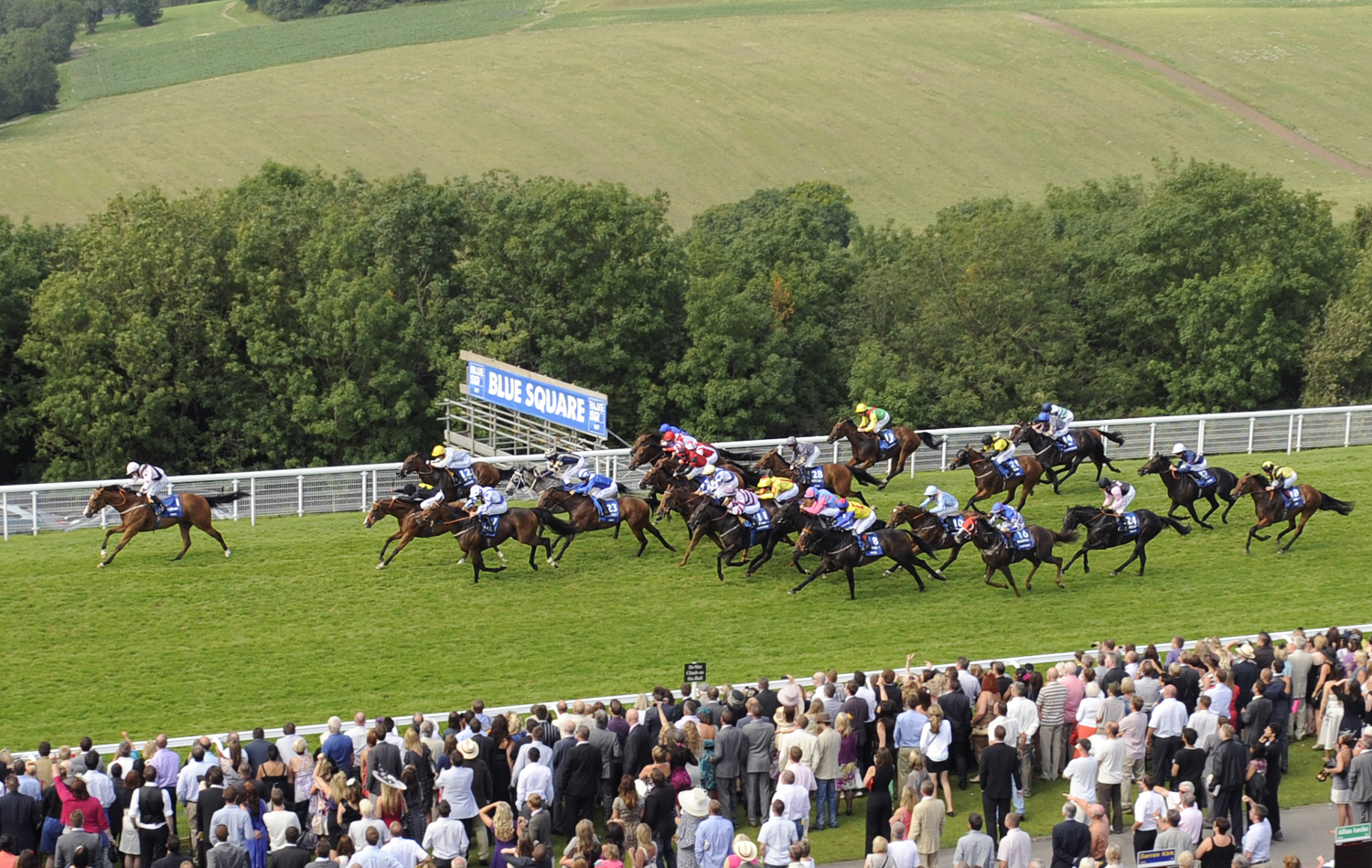 The Goodwood Cup has been upgraded to Group 1 status

As a successful businessman do you find it exasperating racing for such paltry prize-money?

Take a look at the racing pages; they are filled with bookmakers’ advertisements. There are certain people taking an awful lot of money out of the racing industry and not putting enough back. That’s the bookmakers. I haven’t read the detail of the Horsemen’s Tariff so I can’t comment further on that. I’m too busy travelling with my business all round the world, including Singapore, where I have just opened an office, and China.

I have been invited to go racing in Singapore and could get involved there and possibly in China too. My UK operation won’t get any bigger. Lack of prize-money is the reason; take Ladies Are Forever’s win in the Summer Stakes at York in July. She picked up just short of £30,000, peanuts for a Group 3. The race should have been worth nearer £60,000 or £70,000.

Recession hit the racing and breeding industries hard – did it affect you?

We had to work harder and harder and make more money by expanding my tyre business, Bond International. In 2010 the company turned over £92 million; this year we’re looking at £105m. We also have a new venture, our website, tyregiant.com, which should increase turnover by a further £20m.

With the values in prize-money declining, shortfalls in the sport need to be met by further success in our business.

Most of your horses carry the name Bond. Why?

Bond is a very good name. If I go to China and book into my hotel they love greeting you with, ‘Welcome, Mr Bond’, followed by a chuckle. It all goes back to the James Bond films, I suppose. I was trading on the fame of the name, Bond, and thought it sounded good when applied to my horses.

We started out calling them all Bond of some sort, but then it became a bit confusing and now we tend to use ‘Lady’ in many of the fillies’ names.

Are you superstitious? Do you bet?

What sponsorships do you have?

I did a deal with Beverley, sponsoring the stalls for the year with the aim of brightening up the start. I bought jackets for the stalls handlers in my racing colours, with yellow caps and the Bond motif. I took boards on the boundary in the five one-day cricket matches between England and Sri Lanka and that worked well.

If I expand the sponsorship in racing it will be through tyregiant.com. I also take the Royal Box at York, where I entertain 35 clients on each day’s racing and have been setting up syndicates for some of them.

Which racecourses look after owners well and which could do better?

York is very good, so is Beverley, and most of the Yorkshire courses. Royal Ascot could do better. After Ladies Are Forever finished third in the Queen Mary I was leading her into the unsaddling enclosure when a man in a bowler hat tried to stop me, saying I wasn’t allowed in. That took the edge off the occasion for me.

You must have a favourite horse…

Bond Boy. He was the first one and is the darling of the family. He is 14 now, looks after himself and is very well. We call him George and he just loves being in his own paddock overseeing all the others. He box-walked from day one. It was a trait that didn’t do him any harm; in fact, it probably got him fit!

Who is your big hope for the future?

Ladies Are Forever may have one more run this season, perhaps in France. She was a May foal, like most of Forever Bond’s offspring, and isn’t mature yet. She should develop more at four, even five.

How did the discovery of a brain tumour last year affect you?

It was very difficult. One day last summer at 3am my wife Betty woke me up in bed because I was having a fit. I was taken into York Hospital and after tests was told I had a brain tumour. My immediate reaction was to ask, ‘What does that mean?’

I was told there were four categories: one and two can be cured, but three and four are incurable. I was moved to Hull for the operation and within five days I was walking out of hospital. I never had a headache, but was told that my tumour was in category three, which meant they could prolong my life for up to ten years. So I have ten years to breed and own a Group 1 winner.

Up Next
Do the figures add up?