The heat is on

Summer’s here but it’s no holiday on the sales circuit, where from August the serious business of yearling trade begins

For those on the sales beat, August brings not only the start of the yearling sales but a frighteningly rapid countdown to Christmas as the charabanc moves from one auction house to the next and yearlings lead into horses in training then mares and foals.

We’re broken in gently, however, with the delights of Deauville in high summer, a classy curtain-up for the season in a swanky seaside resort which offsets plenty of long, cold days as the season marches on.

While mid-August may still be silly season in politics, in the racing world it’s deadly serious. France’s yearling season starts on a high with the routinely successful Arqana August Sale, which last year saw record turnover just shy of €43 million for 265 yearlings sold at an average price of €163,292. The 2015 sale-topper – a €2.6m son of Dubawi from leading vendor Ecurie des Monceaux – is now named Parabellum and is in training in France with Andre Fabre for Godolphin.

There’s only one Dubawi on offer this time around, a filly out of the Group 3-winning Orpen mare Gracefully and thus a half-sister to Group 1 Falmouth Stakes winner Giofra. She too hails from Monceaux and could provide an early highlight, selling as lot 25 on the first night.

The sale starts a day later than in previous years, with the first of two evening sessions forming Part I of the August Sale starting after racing on Sunday, while Tuesday afternoon is devoted to Part 2 and Wednesday sees the fourth edition of the rising v.2 Yearling Sale.

The Elie de Brignac complex was the scene of a sales-topping Frankel filly for Arqana’s Breeze-up Sale in May on the weekend that the Juddmonte star sired his first winner, Cunco. After a breathtaking start with his first runners, Frankel has the chance to shine again in Deauville, with nine yearlings catalogued for August.

The 2014 August Sale was headed by Fadillah, a Monsun filly out of Sasuela, from the family of German Derby winners Samum, Schiaparelli and Sea The Moon, who sold to Tony Nerses for €1.2m. Sasuela’s current yearling is another by Frankel and is slated as lot 113, selling through Monceaux.

Lest we forget, Frankel’s sire Galileo is also represented, his five yearling fillies including a half-sister to Irish Oaks winner Chicquita (lot 97), out of Prudenzia whose Invincible Spirit colt, the dual winner Craven’s Legend, fetched €1.1m in the same ring in 2014. A half-sister to another Irish Oaks winner, Covert Love, is offered (lot 147) by Haras de Loges and is a daughter of Al Shaqab’s Classic-winning freshman Style Vendome.

The August catalogue is bursting with well-related individuals by the elite of the European stallion ranks, as well as a smattering of desirable American sires, including Kitten’s Joy, Scat Daddy, Smart Strike and More Than Ready.

A quintet of Oasis Dream yearlings in the sale includes Haras du Buff’s filly out of the 1,000 Guineas winner Virginia Waters (lot 142), while a Nathaniel half-brother to dual Group 1 winner Belardo will make his presence felt early when offered as lot 2 from Ballylinch Stud.

The Crimbourne Stud matriarch Jessica’s Dream, whose Group 1-winning son Havana Gold has his first crop of yearlings selling this year, appears in the catalogue as the dam of lot 34, a Sea The Stars filly selling through Coulonces Consignment, which also offers the full-brother to this season’s dual French Classic victrix La Cressonniere (lot 154) on behalf of Haras de la Cauviniere.

After a breathtaking start, Frankel has the chance to shine again in Deauville with nine yearlings

Another fancy brother is lot 22, Horse Park Stud’s full-sibling to young Darley stallion Slade Power, and Haras de Montaigu consigns a brother to the dual Group 1 winner and their new sire Prince Gibraltar. He is lot 95, the first yearling into the ring on Monday evening.

Among the stand-outs in the Monceaux draft, it’s hard to look past the brother to treble Group 1 winner Charm Spirit (lot 44), one of 11 yearlings by Invincible Spirit at Deauville. Eleven is also the number catalogued by Australian champion sire Redoute’s Choice, whose first French crop of yearlings proved popular at Arqana last year, with ten sold at an average price of €366,500. Highlights this year include lot 10, a half-brother to this season’s Group 3 Prix de Royaumont winner The Juliet Rose.

Also with a good recent update to his page is lot 116, La Motteraye Consignment’s half-brother to Group 3 Prix Djebel winner Cheikeljack, one of seven Zoffany yearlings in the catalogue.

This year marks the final batch of yearlings by Coolmore’s High Chaparral and the six to be offered in France include Haras de la Louviere’s colt out of Lawless Lady, a winning sister to Lawman (lot 51).

Now established as leading lights of the French stallions ranks, Siyouni and Le Havre feature prominently at Arqana, with 15 and 13 yearlings apiece, while the country’s rising star, Wootton Bassett, sire of Prix du Jockey Club victor Almanzor and currently second in the European second-crop sires’ table, has five to be offered.

The names of Scat Daddy and Kitten’s Joy could not have escaped the notice of European breeders this season, with Scat Daddy, who died prematurely last December, notching a Group-race double at Royal Ascot with Lady Aurelia and Caravaggio, while Kitten’s Joy’s major breakthrough outside America came with Hawkbill in the Group 1 Eclipse Stakes.

The American duo has a brace of yearlings each in Deauville, with Kitten’s Joy’s two (lots 12 and 130) being sold by Ted Voute of Voute Sales and the Scat Daddy pair (lots 53 and 65) offered by Newsells Park Stud and Ecurie des Monceaux respectively.

The Goffs UK Premier Sale catalogue was unavailable for scrutiny at the time of writing but one new name that will appear on the list of vendors this year is Anna Drion’s Coulonces Consignment.

For anyone who is a regular at Arqana, this isn’t a new name at all but the three yearlings being consigned by the Swedish-born Drion at Doncaster represent a foray into previously untried grounds.

“I’ve been looking at this sale for a while in order to take another step forward,” says Drion, who, chiefly in association with her parents Jan and Maja Sundstrom of Team Hogdala, is a successful breeder as well as sale consignor. Together the family operation, which is now assisted by Anna’s teenage daughter Moa, bred Le Havre, winner of the Prix du Jockey Club and now one of the most sought-after stallions in France. Fittingly, one of the trio coming to Doncaster is by the Haras de la Cauviniere resident. 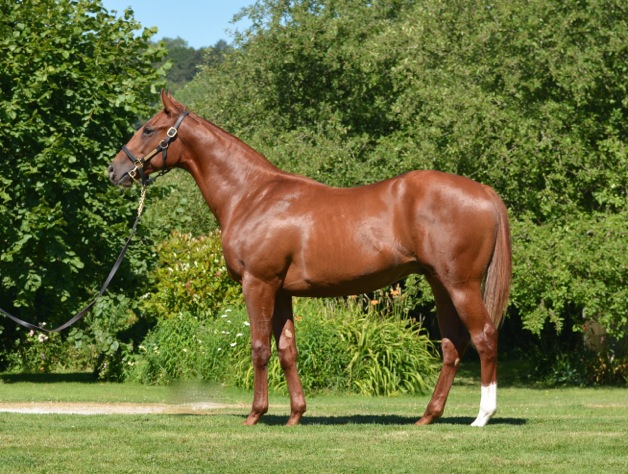 Choisir colt to be offered at Goffs is out of Gone West winning mare, Almogia

More recently, the Sundstroms have also been responsible for breeding Peace Envoy, the first Group winner for Coolmore freshman, Power. The colt’s three victories include the Group 3 Anglesey Stakes.

“I am bringing colts by Choisir and Le Havre, both of which have been bred by my parents, one in partnership with Charlotte Hutchinson. It’s great for me to be able to say to prospective buyers that they are from the breeders of Le Havre and Peace Envoy. And the Le Havre thread continues to the Siyouni filly I am consigning – the only one in the sale – who was bred by Francois Mathet, who also bred the grandam of Le Havre.”

The sale’s reputation as one where yearlings are judged first and foremost as individuals has appeal to Drion, who adds, “It’s important to find the right sale for the right horse, and really finding the right buyer is more important to us than getting a good price. We need the results on the track.

“I’ve looked closely at the results from Doncaster and it seems to be a real trainers’ sale. It has a lot to do with the specific individual and to me that’s the perfect way to sell a horse.”

The Choisir colt to be offered is the third foal of the winning Gone West mare Almogia, whose 2015 yearling by Helmet sold for €120,000 at Arqana’s August Sale, where Drion once again has a large draft in store, with 27 yearlings to sell.

“Being in Doncaster will almost be like a little holiday for me,” she admits. “It’s a luxury to just be able to concentrate on the three. It’s a trial really but I feel very comfortable with presenting the yearlings there and it’s good to have a new challenge.” 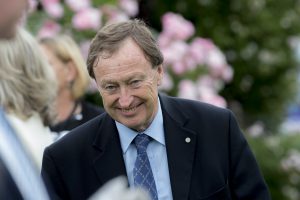 Up Next
Red and white flying high