The Gurkha claims gold in Sussex

In what was built as a renewal of the battle of the three Guineas winners – the Group 1 Qatar Sussex Stakes – served up one of the most exciting finishes in recent memory. The Aidan O’Brien-trained three-year-old The Gurkha, was to gain revenge on his nearest adversary to triumph for a second time at the highest level.

From the starting gate, the St James’s Palace Stakes winner Galileo Gold was taken to the front by Frankie Dettori setting an even pace.

The Gurkha – who was stepping down a furlong from his run in the Coral Eclipse – quickly positioned himself in the slipstream of the Hugo Palmer-trained stable star, while Awtaad was ridden in a close second on the leader’s quarters.

Dettori wound the pace up into the home straight and kicked for home with two furlongs to go. As Awtaad struggled to get on terms with Galileo Gold, Ryan Moore eventually found a gap on the The Gurkha just over a furlong out, and the son of Galileo displayed a good turn of foot to win by a neck.

As well as holding off the long time leader, the favourite fended off the late strong challenge of Ribchester who was in front a few strides past the post.

Fresh on the back of a King George VI and Elizabeth Stakes success, Moore experiences the Sussex Stakes for a first time in his career. The contest has an impressive roll of honour including the stable’s former multiple Group 1-winner Henrythenavigator and the mighty Frankel who claimed back-to-back successes in 2011 and 2012.

“He’s a really good colt we think a lot of him, he showed that at Deauville,” reflected Moore.

“I was always very happy because he travels so well and I knew as soon as one horse folded he would be able to find room, and I’m just delighted with him today.”

Ballydoyle’s dominance in Group 1 races this season continues and the team enjoyed their fifth triumph in the mile contest, their last coming with Rip Van Winkle in 2009. The Gurkha himself was unraced as a two-year-old and only tasted racecourse action for the first time back in April.

Since then, he has gone from strength-to-strength, including a comprehensive win the French 2,000 Guineas.

“Sandown on the soft ground just dragged him a bit but Ryan gave him a masterful ride.”

Bouncing back from his disappointment in the Epsom Derby, the three-year-old colt was held up in the early stages under Andrea Atzeni.

He came through with a strong challenge in the final furlong to win by half-a-length from long time leader The Major General, who battled on tenaciously for Seamie Heffernan.

The Group race action was rounded off by the Mark Johnston-trained Yalta in the Molecomb Stakes who made all under James Doyle. The two-year-old son of Exceed and Excel ran out an impressive three length winner and in the process broke the track record. 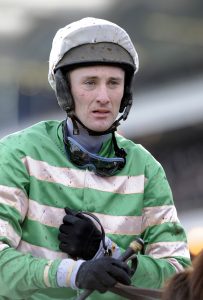 Up Next
Inspirational JT McNamara passes away