The flair of Mike Ryan

There was almost a sense of inevitability as Arlington Million day unfolded last month.

Aim, fire, celebrate; that rang very true that afternoon in Chicago as trainer Chad Brown swept each of the Grade 1 events run on Arlington’s most prestigious card.

Arlington Million hero Bricks And Mortar, now the winner of four Grade 1 races this year and close to $5 million in prize-money, and Peter Brant’s wonderful mare Sistercharlie, the first horse to register back-to-back wins in the Grade 1 Beverly D Stakes, are living proof of how Brown has an uncanny knack of keeping his stable stars at the top of their game for an extended period of time. All of which makes the emergence of the unbeaten Valid Point, a lightly-raced three-year-old who completed Brown’s Grade 1 Saturday trifecta in the Secretariat Stakes, all the more exciting for those involved.

Over 800 miles away that day in New York, bloodstock agent Mike Ryan was preparing for the Fasig-Tipton New York Bred Yearling Sale in Saratoga. Rarely does an American sale pass by without some kind of presence from Mike Ryan Bloodstock and with the likes of Brown, Bob Edwards of e Five Racing, Seth Klarman of Klaravich Stables and Peter Brant among his client list, Ryan was able to revel in the events playing out at Arlington, not least because he had sourced both Bricks And Mortar and Valid Point.

Not only that, Ryan also races the unbeaten Valid Point, a member of the last crop of Scat Daddy, with Edwards.

“They were both very impressive, particularly Valid Point,” says Ryan. “He’s still a lightly-raced horse and to go from an allowance to winning a Grade 1 on only his third start was very impressive. The turn of foot he showed down the stretch was devastating, and I don’t think [jockey] Javier Castellano ever hit him.

“And Bricks And Mortar is one of those rare horses. He really should be unbeaten but in those two starts, when he was third [in the Grade 3 Hill Prince and Saranac Stakes], he had traffic trouble. He’s a very genuine horse, his consistency is remarkable and that is a testament to Chad and his team.”

As impressive as that Grade 1 sweep might have been, the world of Chad Brown and his associates is dictated by standards of the highest degree. The Brown barn, for instance, is also home to the British-bred Newspaperofrecord, last year’s brilliant Breeders’ Cup Juvenile Turf heroine who led the way among a successful first draft of purchases out of the Tattersalls October Sale.

In what turned out to be an exceptional group of horses, that first buying foray to Park Paddocks also yielded the Graded stakes winners Demarchelier and Digital Age. The latter ran second in the inaugural $1 million Saratoga Derby Invitational Stakes at Saratoga only the week before Arlington Million day. And the winner that day? Fellow Mike Ryan purchase A Thread Of Blue.

In the process, he joined a list of Ryan-sourced high-flyers that also includes the likes of Nyquist, Rushing Fall, Good  Magic, New Money Honey, Kurofune, Saint Liam and Palace Malice, to name but a few. 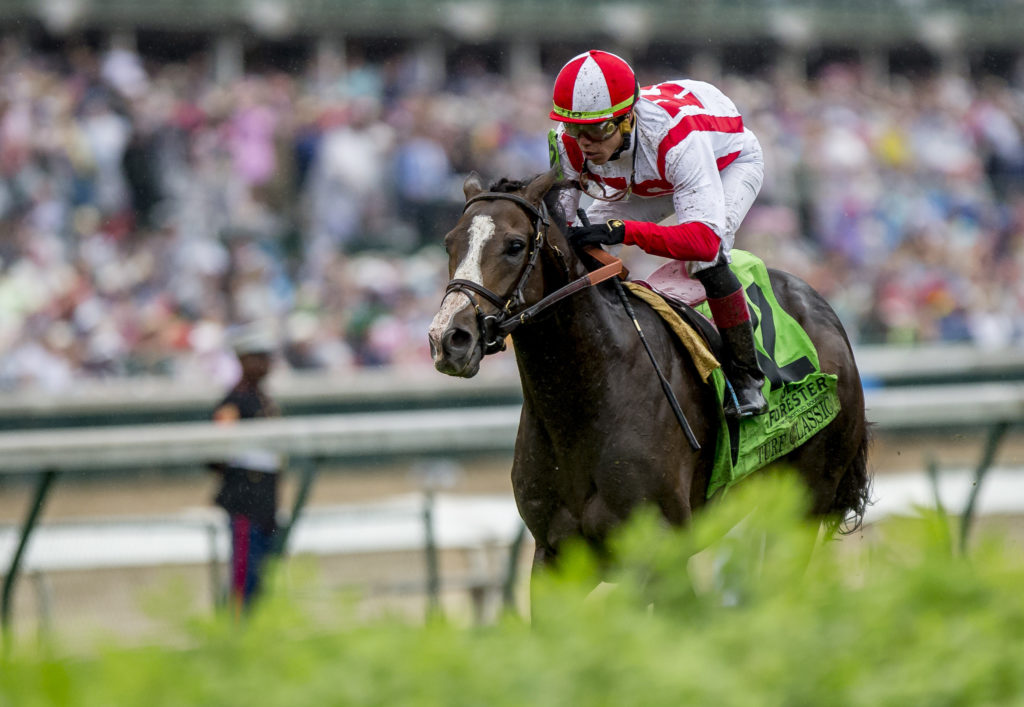 Bricks And Mortar: Arlington Million hero was bought for $200,000 as a yearling – Photo: PA

The agent also bred the 2017 Kentucky Derby winner Always Dreaming in partnership with Gerry Dilger – his Classic victory came in the same year that Cloud Computing, another bought by Ryan, struck in the Preakness Stakes.

By Ryan’s own admission, he was always destined to become a horseman. Born and raised in County Meath, his father Con Ryan stood the 1960 Middle Park Stakes winner Skymaster, a successful stallion son of Golden Cloud, at their Dolly’s Grove, Dunboyne. The Ryans also bred 1978 2,000 Guineas winner Roland Gardens.

“I was bitten from a young age,” he says. “Skymaster sired a lot of winners and we would go over to Newmarket to sell yearlings at the Houghton Sale. I was following it on a daily basis – The Irish Field and Sporting Life were never far away.”

A stint in France followed at Haras de la Verrerie, the home of successful stallions Jim French and Baldric, before Ryan switched his attention to North America.

“I was watching all these horses come over from America for Vincent O’Brien, the likes of Nijinsky and Sir Ivor,” he says, “and they were doing so well, winning all the big races. And in Britain at that time, there was also Mill Reef. I couldn’t believe how superior they were to our horses.

“That sparked an interest in me in American horses and so I decided that going out there and learning about American breeding was the thing to do.

“George Blackwell was a great friend of my father’s and he helped me get a job at Windfields Farm in Canada.”

Of course, the legendary Canadian operation was at that time home to Northern Dancer, the iconic influence of the 20th century stud book. Ryan worked his way up to foreman at Windfields before joining the North American Bloodstock Agency in Toronto. It was after that 12-month stint that he took the plunge and struck out as an agent of his own accord.

“The first yearling I bought was a filly from Robert Clay,” Ryan says of the meeting with the former owner of Three Chimneys Farm, who was then just getting going himself. “We ended up opening an agency together, Top Yield Bloodstock. We had that for five to six years and then I went out on my own in around 1987.”

The haul of Grade 1 winners bearing the Ryan stamp sits at around 50. Included in that total are eight Breeders’ Cup winners. 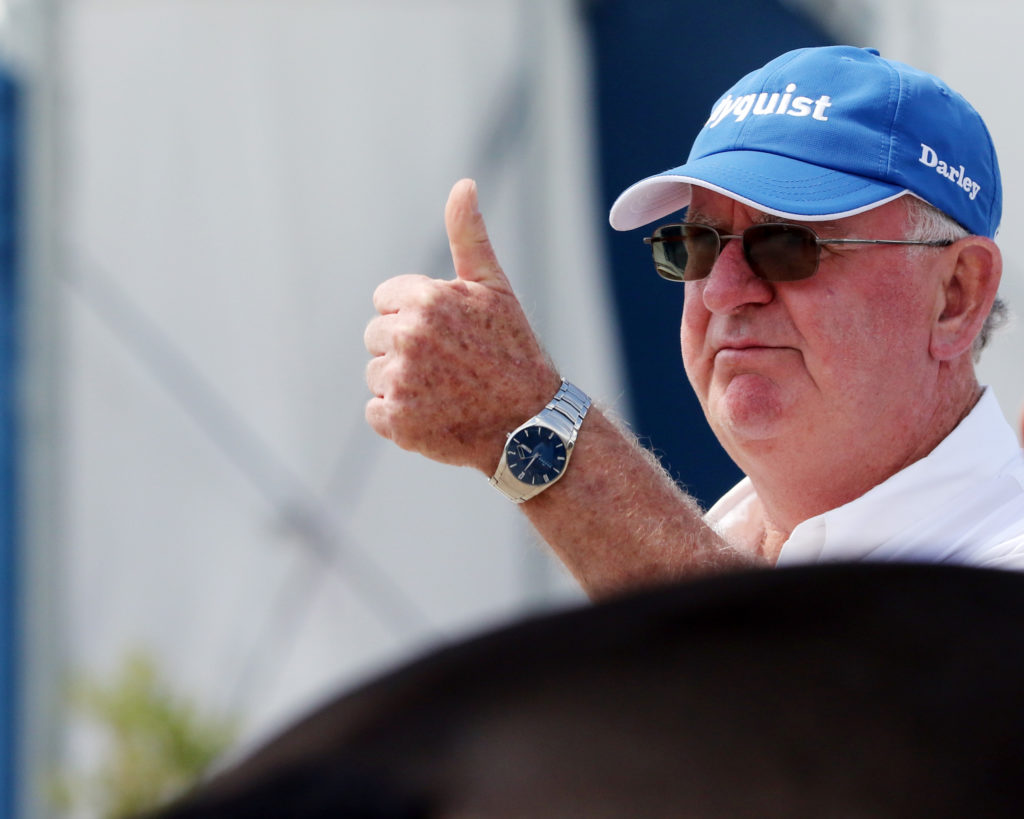 “The first Breeders’ Cup winner was Fly So Free,” Ryan says of the 1990 Breeders’ Cup Juvenile hero, a son of Time For A Change and an $80,000 Keeneland July yearling purchase who won 12 races for Tommy Valando. He later wound up as a Three Chimneys stallion, where he sired Dubai World Cup winner Captain Steve. “He was a big liver chestnut, and a very sound, imposing horse. He won over all kinds of distances and ended up earning $3.2 million, which was a lot back then. He was special.”

Fly So Free was followed in later years by Horse of the Year Saint Liam, a $130,000 yearling purchase who crowned an outstanding season for Richard Dutrow in 2005 with victory in the Breeders’ Cup Classic.

“More Than Real won her first start at Saratoga for us, after which we sold her to Bobby Flay,” he says. “It was a great thrill when she won the Breeders’ Cup because we still had the mare, Miss Seffens, and had got a fair price for the filly, and so it was great to see her do well for other connections.

“Caressing [winner of the 2000 Breeders’ Cup Juvenile Fillies] was also special as I bought her for a great friend, Carl Pollard, for $180,000 and now she is the dam of [multiple Grade 1 winner] West Coast.”

More recently, a flurry of Breeders’ Cup winners have come via his association with Bob Edwards’ e Five Racing and the Brown barn, as Ryan explains.

While Rushing Fall remains in training as the winner of four Grade 1 races, champion two-year-old Good Magic, a $1 million yearling, went on to land the Grade 1 Haskell Invitational and run second to Justify in the Kentucky Derby. The son of Curlin has just completed his first season at Hill ’n’ Dale Farm in Kentucky, where he stands for $35,000.

It’s now 14 years since Saint Liam wrapped up his five-year-old season with Horse of the Year honours, and the chances are another accolade of similar weight is forthcoming for Bricks And Mortar. By Giant’s Causeway, the five-year-old was bred by George Strawbridge and plucked by Ryan under the name Oaks Bluff Partners for $200,000 out of the Stone Farm draft at the 2015 Keeneland September Sale.

What has made the horse’s story all the more remarkable has been his comeback from a career-threatening injury; Bricks And Mortar was afflicted with a case of stringhalt midway through his three-year-old season so severe that it necessitated surgery from Dr. Larry Bramlage and an absence of 440 days.

Since returning to the track, however, he has carried all before him for Klaravich and William Lawrence, winning the Grade 1 Pegasus World Cup Turf Invitational, Old Forester Turf Classic and Manhattan Stakes in addition to the Million. Such a resume attracted the attention of the Yoshida family’s Shadai Farm, which purchased the stud rights for the horse not long before his Arlington victory.

“I had seen Bricks And Mortar at Stone Farm before the sale,” says Ryan. “He impressed me tremendously at the farm. He has the most gorgeous head on him and a great aura. I saw him again at Keeneland and again he impressed me.

“He’s a particularly handsome Giant’s Causeway. I actually see Storm Bird coming through because he’s a little bit more refined – of course, he’s inbred to Storm Bird being out of an Ocean Crest mare.”

Valid Point also has his connections particularly excited. “Chad is very high on him,” he says. “He’s a magnificent individual. He’s big but very good looking, he has a tremendous head, just an imposing, masculine horse.

“He’s from the last crop of Scat Daddy and was sold at the time when everybody wanted one. We honestly couldn’t believe that we got him for $140,000. The only explanation we could think of was that the mare, Goldbud, had produced several foals by that stage of little consequence.”

Ryan had a successful Fasig-Tipton Saratoga Sale last month, purchasing eight yearlings during the ‘crazy strong’ two-day Select Sale. Attention now turns to the Keeneland September Sale. At 4,644-head spread across 13 days and six books, it is not for the faint hearted but as the likes of Bricks And Mortar, Valid Point and A Thread Of Blue prove, plenty of gems are there to be found.

“We participate as a breeder, owner and seller, and we are lucky enough to work for very good clients,” he says.

“It all comes down to working for good clients with the capital to compete with elite horses. Saying that, we’ve also done very well buying within a lesser range.

“It’s a very humbling game and you have to embrace the good times and the big wins when they come.” 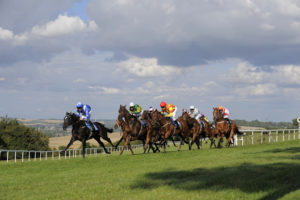