The Finish Line with Terry Warner

Terry Warner has been a familiar face on the racecourse for more than half a century – this year is his 50th as an ROA member – and at the age of 89 he remains as passionate about our sport as ever.

Relic’s Son, bought for just £1,000 with two friends, got him going as an owner by winning eight races in little more than a year and he calculates he’s now been involved in more than 370 winners. Some of them have been in small partnerships, like Kibreet, who gave Sir Anthony McCoy his first Festival winner in the 1996 Grand Annual, while others have been in sole ownership, like Rooster Booster, Detroit City, Oiseau De Nuit and Elixir De Nutz. Though jumping is his first love he has also had plenty of winners on the Flat, including two strikes in the Cesarewitch.

I’m a farmer’s son, but farming wasn’t for me. My business was in sports shops; I started with one in Gloucester and ended up with 22, before selling up after I had a heart attack at Uttoxeter about 25 years ago. Heart attacks were a bit more serious then than they are now, but mine wasn’t that bad luckily, as I was only in hospital for a week or so, and I’ve had no after effects. We met some lovely people as we were building up the business, and we did a lot of travelling too as buyers, so it was a great life. Then when we sold up we did very well out of it.

Every year I have seven or eight horses, probably half on my own and half in partnership. If I’m in a partnership, it’s seldom one of more than three people and I prefer it that way. Partnerships work well socially and of course they share the expense. Currently we’ve got four of our own and four in half shares. We used to have them nearly all with Philip Hobbs, who won a lot of races for us, but I spread them around now and I have one with Philip, two with Fergal O’Brien, one with Olly Murphy, one with Tom George and three with the Tizzards. That way if a stable is having a bad run you’ve got a chance of a winner with one of the others.

I saw Rooster Booster run third in a novice hurdle at Chepstow for Richard Mitchell and his daughter Sophie and said to a farmer next to me that I wouldn’t mind buying him. So, I tapped the trainer on the shoulder and we did a deal. It was quite a lot of money at the time; I tried a bit of bargaining, but I ended up paying the asking price and I’m very glad I did. He never stopped improving, winning nine races including a County Hurdle, a Greatwood, a Bula and a Champion Hurdle. He liked to be dropped out last, as he loved to overtake horses, and coming down the hill in the Champion Hurdle he was going so easily that Richard Johnson had to take a pull on him! 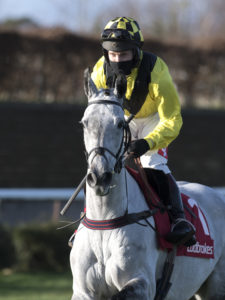 Not long after Rooster Booster I had Detroit City. He would have been one of the best I’ve ever had but sadly he had a fatal heart attack at Ascot. He was still only five, but I think he won eight races on the trot after we first bought him from Jeremy Noseda, including the Triumph and the four-year-old hurdle at Aintree, and then the Cesarewitch, the Greatwood and the International Hurdle the following autumn. Both he and Rooster Booster were greys, and they’ve been lucky for me. I now get offered them all of the time.

Trainers hate it, as they think it reflects on their ability, but I like to move my horses around from time to time as I think they can do well for a change. If horses go up the same bit of track two or three times every day they can get bored, as we would. I have no doubt that a change of routine can freshen them up, and I never fall out with a trainer over it. After I moved Gumball from Philip Hobbs to Fergal O’Brien he won first time out at York, and Philip was the first on the phone to say well done. Gumball had won on the Flat before but he’d been mainly chasing recently and going back on the Flat at York was Fergal’s idea.

Jumping has always come first but I can enjoy a day on the Flat. We were in the Royal Ascot Racing Club for quite a while so we went to Epsom when Motivator won the Derby. I’ve been lucky enough to have quite a few dual-purpose horses and both Detroit City and Big Easy were established as hurdlers by the time they won the Cesarewitch. Gumball, who we’ve already spoken about, is another, and we made a weekend of it when he won up at York, getting our son-in-law to drive us up there and staying the night before and the night after. At 89 that’s how I like to do it now if they are running far away.

Prize-money is very disappointing nowadays and I can understand why people complain so much about it. We know what the situation is when we go into ownership, so it’s no surprise, but it needs to improve if we are to keep bringing more new owners in. Racing is my pleasure, and I can indulge myself, but despite averaging seven or eight winners a year, I’ve probably covered my costs only about three times in 50-odd years.

I love the Cheltenham Festival and I’ve been lucky enough to have had nine winners there. I went for many years when it was just a three-day Festival and I liked it like that. I wasn’t in favour of a fourth day but it’s actually worked out fine. We like to go every day and, while we are only 15 miles away, I think five days would be too much. It’s bound to come, though. It’s all about money, isn’t it?

I’ve had good winners at Aintree too and we go to the Grand National most years. I had a share in Ultragold who jumped round those fences six times, winning the Topham twice, but when we ran him in the National he didn’t get the trip. A Grand National horse would be lovely, but winners at Cheltenham are always special. I’d love another one there. 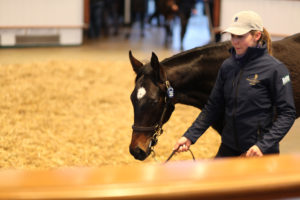