In 2015 Sir Anthony McCoy called time on a riding career that had yielded 20 consecutive jockeys’ titles and well over 4,300 winners.

AP was never going to settle for a ‘pipe and slippers’ retirement and adjusting has taken time. However, he nowadays cuts a far more comfortable and relaxed figure, both at home and at work.

In September, he returned to the saddle for a one-off ride in a charity race to support Pat Smullen and cancer trials in Ireland, which, of course, he won.

Life got a bit busier than usual while I was getting fit for Pat Smullen’s charity race, as I was doing a lot of riding out, which I enjoyed.

I rode out for Jonjo [O’Neill], Nicky [Henderson] and also at Harry Fry’s, and did a bit at Richard Hughes’, as the Flat horses are doing a bit more work than jumpers. I also rode out a lot at home. I was 10st 2lb the day I retired and I was 12st 9lb during Cheltenham [this year].

I got down to 12 stone for the charity race, but it was hard work. Pat is a special person and a great friend to us all. I said I’d never ride in a horserace again – and I genuinely meant it – but I’m glad I did. It was a tough and emotional day.

I wouldn’t necessarily say I feel healthier for my change of lifestyle and putting on weight.

When I was riding, I was never ever sick, but now I get coughs and colds all the time. Maybe I’m just getting soft, but I think my immune system was working better when I wasn’t eating, which isn’t what you would expect. I’m not actually fat though!

The pre-training business wasn’t always the plan, but it’s evolved into a satisfying part of my life.

It’s good not being totally tied down to it like a trainer. I can be at other training establishments, or over in Ireland seeing JP [McManus], or else playing golf perhaps. It started when I was seeking planning permission to build my house and said I wanted a training establishment there as I might train when I finished riding.

That didn’t materialise, strangely enough, but I had to build the training complex and we have everything there now, with 32 stables at the moment, plus gallops, horse walkers, stalls and so on.

Cieran O’Brien, who was Alan King’s head lad, runs it and I basically work for him when I’m allowed. He’s just what I need; he’s fussy and he’s got some really good riders working for him.

I help Frank [Berry] to manage JP’s horses in England, and perhaps I wasn’t pulling my weight to begin with.

But I’m putting more into that now. I like going to all the different yards and seeing the way trainers do the job. How busy I am at home varies according to the time of year, but we might have 50-odd horses in the summer, and then there’s a transition period when the jumpers go back into training and we wait for the yearlings.

We normally break all of Jim Hay’s, and Alan King and Jonjo usually have a few horses with us, too. Then there are plenty of JP’s which come and go. 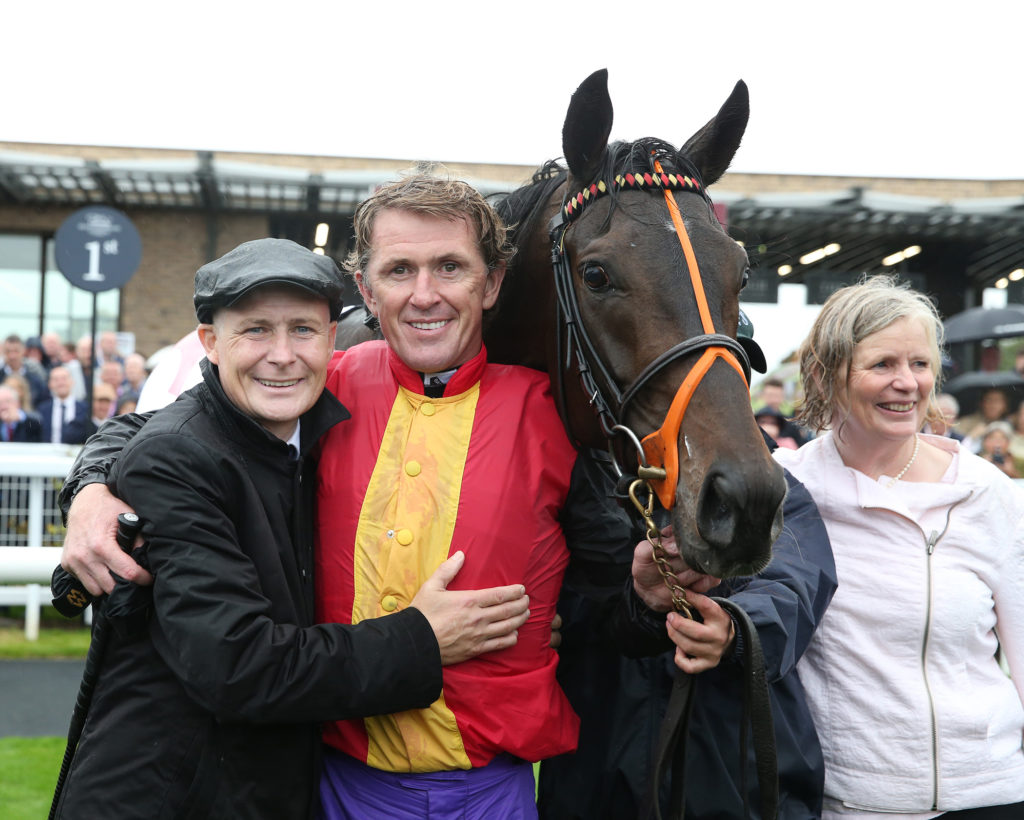 The Injured Jockeys’ Fund costs £3.5 million a year to keep going, so I try to do what I can for it.

I’ve been playing a lot of golf because a lot of kind people have golf days in aid of the IJF. Supporting those days to help raise money is not a chore, but frustratingly I’m not mentally strong enough to be a really good golfer and my handicap is still 12.

The opening of Peter O’Sullevan House on October 11 will be a big day for the IJF. Oaksey House and Jack Berry House have been huge assets to the sport and I don’t know how Newmarket has managed for so long without a similar facility. Sir Peter would be really proud of it.

The horse I’m looking forward to most is Champ – I’d nearly come out of retirement for the chance to ride him, if they’d let me.

He’s my son Archie’s favourite horse, so when he came back in, we went down to Nicky’s together to see him. He looks an absolute beast and if you were looking to buy the perfect horse for jumping, there wouldn’t be many you would put in front of him.

When I first saw him at Nicky’s I told JP we had to have him. For a horse that had never run he wasn’t cheap, and in giving him the name Champ, JP made sure that if he didn’t work out, we wouldn’t forget whose idea it was!

He’s going straight over fences and there’s no reason he won’t be good.

JP likes competition and it’s disappointing for racing as a whole, particularly in Ireland, that Gigginstown is scaling down.

Some say it might give the smaller trainers more chance, as Michael O’Leary had nearly all of his concentrated with two or three trainers, unlike JP, but it’s a big loss for Irish racing however you look at it.

I can understand him wanting to spend more time with the kids but I’d be surprised if he were to disappear from racing. I think those colours will still be around in ten years.

Talking of kids, my daughter Eve, who is 11, is mad into showjumping. It’s not a cheap hobby, and with the price ponies are now I could do with winning the Euro Millions.

Her brother Archie is six and doesn’t know if he wants to be Tiger Woods or Cristiano Ronaldo at the moment. He definitely doesn’t want to be AP McCoy, but he can ride too, to be fair, and that might change. At least he’s an Arsenal fan! 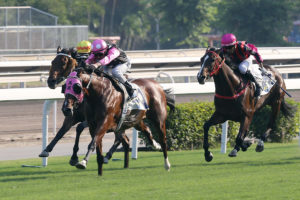