The Finish Line with Richard Hannon

Richard Hannon enjoyed advantages not open to most new trainers when he took over the thriving operation built up over more than four decades by his father, Richard senior, but following a famous father can brings its own pressures.

In this case the transition was seamless, and little more than five years on he celebrated his 1,000th winner on Derby day when Anna Nerium won the Group 3 Princess Elizabeth Stakes.

It would have been crazy to go it alone, though, and when the time came in 2014 I was very lucky that dad was still there to work with me and to act as a sounding board. We’ve had our rows of course, but never anything major. He’s been a great rock, and the owners love being around him as he’s got such wisdom and such good tales to tell. Some of them would sooner have five words from him than 20 minutes with me!

The owners are a massive part of the whole set-up and we are lucky that many of them have become good friends.

Anna Nerium’s owner Jeanette McCreery and Julie Wood are among those who have been with us for many years, and we are lucky to have some of the biggest owners, but we have to keep attracting new owners, too. King Power Racing have 20 with me now and are very good news as they are buying the sort of horses that can compete at the highest level.

Not long after that my first Classic runner was a winner too, when Night Of Thunder won the 2,000 Guineas, and only two weeks after that Olympic Glory won the Lockinge. The following month Toronado won the Queen Anne, and it was also the year of Tiggy Wiggy and Kool Kompany and other good horses like Estidhkaar and Ivawood. It was an unbelievable first year and I ended up champion trainer.

I must admit I didn’t see Night Of Thunder’s 2,000 Guineas coming at all.

I didn’t see Billesdon Brook’s 1,000 Guineas coming either, to be honest, so I’m not much of a judge obviously! Night Of Thunder was a complete shock and I wasn’t ready for it, but it was unbelievable, especially as he beat Kingman in a good Guineas. His first crop of two-year-olds are winning now, so that’s good to see. Billesdon Brook belonged to a lot of lovely people and it was probably life-changing for some of them. 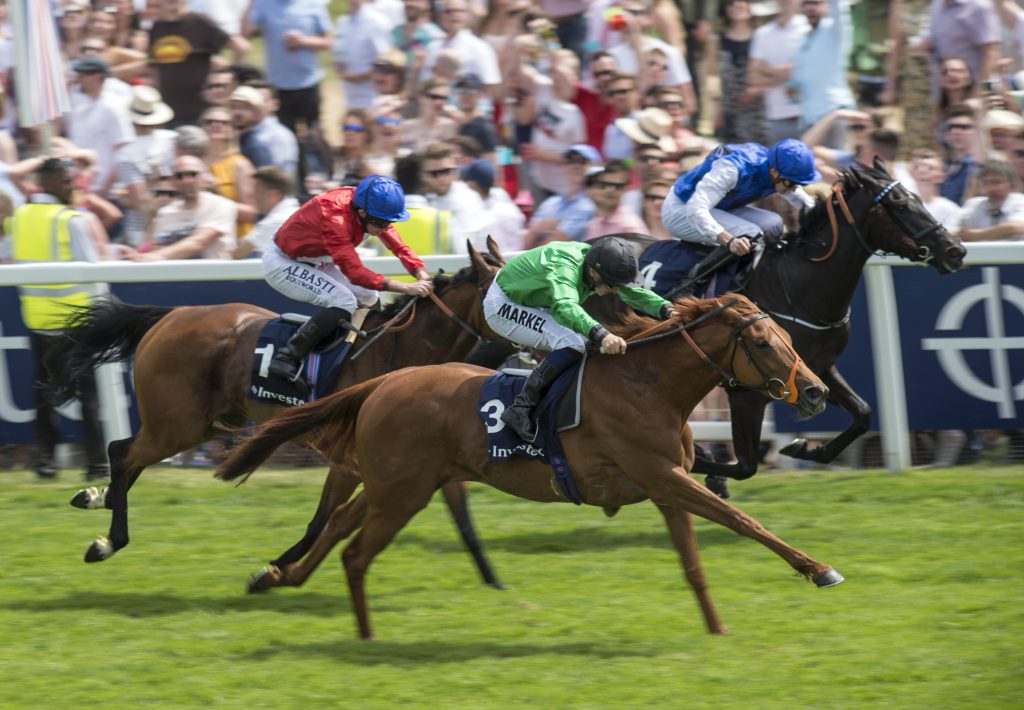 I had a massive head start and we’ve got a great team here. I’ve been lucky enough to train some great names for a lot of lovely people and I’m thoroughly enjoying it, but I think we’ve done well to maintain the pace we started out at in a sport that is ever changing, and changing fast.

It’s very competitive now, but I think that on the whole we’ve been pretty consistent.

We’ve had Group 1 winners every year and ten of them in total. I’m told there have been 54 at Group level all told, and we’ve had five or six winners at Royal Ascot. We aren’t looking to expand any further in numbers, but we are making improvements to the set- up all the time – building a new barn, so we no longer have to rent boxes, installing a water treadmill, making improvements to the office and to staff accommodation, and so on.

The emphasis in racing is no longer on fast two-year-olds and it now seems to be on mile, and mile and a quarter horses.

We’ve had to shift with that. We’ve been placed in more or less every Guineas we’ve run in and we’ve already had two Classic winners, and been second in three. We’ve had a second in a St Leger with Ventura Storm and aGroup1winatamileandahalfwith Pether’s Moon in the Coronation Cup, so that shows how we are adapting.

Dad had more than 4,200 winners and I think he started with only a dozen or so; I’ve been incredibly lucky by comparison.

I hope that one day I might match his total if things continue to go well, but I don’t know about matching his four championships. I’d love to win another, and you have a chance while you can still get hold of some of those top horses, but it’s getting harder all the time.

I can’t be with the kids as much as I would like, but I go to their school events whenever I can.

They are understanding about it, as is my wife Jemima, who is heavily involved in the set-up herself. Richard Hannon Racing has always been a very sociable set-up with pretty much an open house for any of our owners. It’s a good environment for the kids to grow up in, and the owners enjoy it that way too. Jack is five now and Eliza, who is mad about horses, is seven. I’d love to think they would follow me into racing, but I hope they won’t be waiting as long as I did to take over. I’d be in my mid-70s! 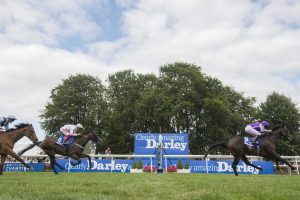 Up Next
Breeding angles from the July Festival