A cornerstone of the West Country jumping scene, he has enjoyed many successes

I was very pleased with Clan Des Obeaux finishing second at Down Royal although he was beaten fair and square, because a lot of Paul’s horses were just needing a run.

When he came home, he came over and talked to me and wanted a cuddle, but then 12 hours later he wasn’t quite so keen on me! Then within a day he didn’t really want to talk to me, because he’d recovered all of his energy. He’s that sort of horse.

We’ll wait for the King George now, and he should have just as good a chance as last year. I don’t think he’ll be 16-1, though.

This season we are sadly without RSA Chase winner Topofthegame, but he’s going to be fired and all being well he’ll be back in training in July.

We still have hopes he’ll be a Gold Cup horse one day. I’ve not got that many horses these days, but I have half shares in about six.

I’ve got quite a good one in Ask For Glory, who has a lot of ability but didn’t do himself justice in the bumper at Cheltenham and has had a wind operation since.

Another is Dan McGrue, who was dreadful last season but won at Plumpton at the beginning of November. I don’t think I’ve ever known a horse so transformed by a wind operation.

My first good horse was Artifice, who won 21 races and was placed twice behind the remarkable Badsworth Boy in the Champion Chase.

Then after Paul started I had quite a few good horses, including See More Indians, See More Business and Call Equiname before Denman came along. I’ve been very lucky over the years and I do enjoy them – but I never back them.

In the early days my horses all used to run in my own name and I would insure them, but I never got on very well when something went wrong.

I stopped insuring them and instead went in to shared ownership, so that if anything went wrong I had only half. Apart from reducing the risk, the social side of shared ownership is part of the fun and so it works well for me.

When I was in partnership with Harry Findlay in Denman, people often referred to us as ‘the odd couple’ and I didn’t mind that at all – it was a very good description!

I’d sit down and work things out, and never have a bet, whereas I once watched Harry lose £2.5 million on a game of rugby. I still speak to Harry occasionally. We never fell out, and he came up to see us last year. 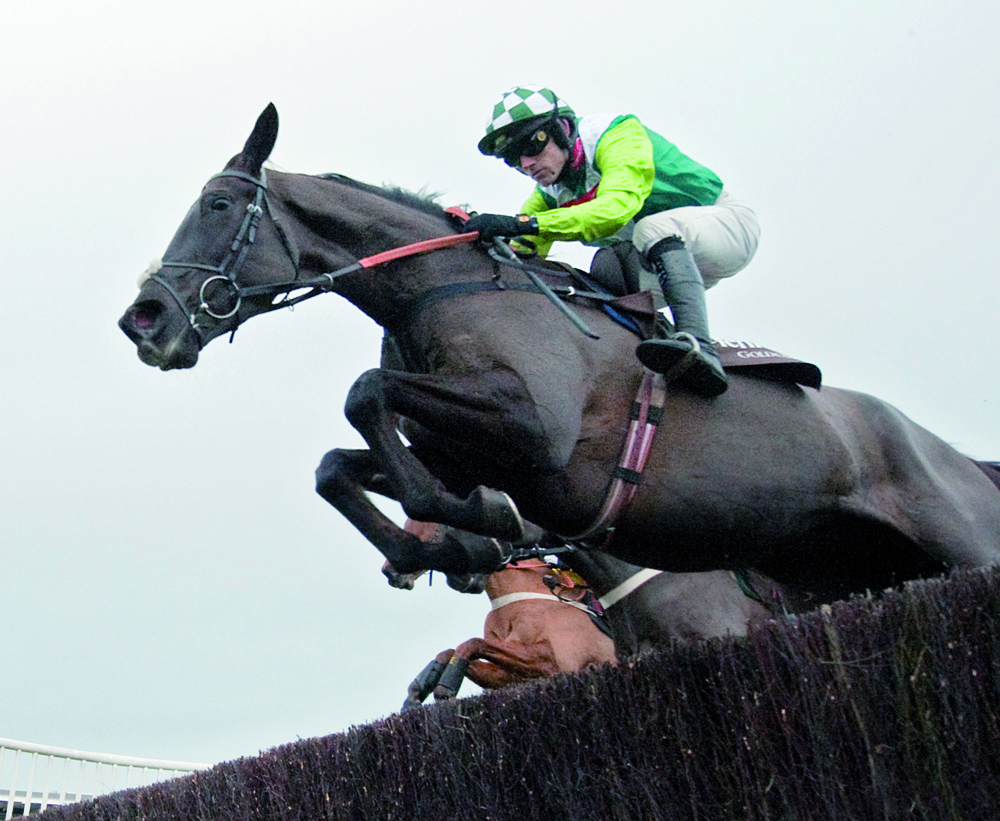 Denman is commemorated at Newbury in the form of the ‘Denman Gates’ – Photo: George Selwyn

It’s ten years now since Denman’s second Hennessy win, which was a very special day after the problems he’d had.

It was a wonderful performance under top weight, giving What A Friend 20lb I think, and the crowd went mad. The Cheltenham Gold Cup had been wonderful too, of course, but I’ve never heard anything like it at Newbury, and I’m delighted that the ‘Denman Gates’ that they’ve created there to celebrate him are being unveiled now after Denman Chase day was abandoned.

Newbury is my favourite course. It’s a really true and honest track, good for any horse, and you can’t grumble when you get beaten there.

When Paul first came to Ditcheat he impressed me enough to get the job but I could never have imagined the heights he would achieve, with 11 championships and all of those big races.

It was soon apparent though that he was fairly determined and that he wouldn’t be content just playing around with 20 horses. He’s tremendous at reading a horse, and it’s been a fascinating and enjoyable experience seeing him and the whole set-up at Ditcheat grow so much.

I’m in the yard most days still, and if Paul’s not there I talk to Clifford [Baker, head lad] and other members of the team. It’s one of the most enjoyable parts of the sport, possibly the most enjoyable of all. I enjoy sharing it with some of the visitors to my cheese business, as they often ask to go down to the yard.

I never go racing between May 1 and October 1 because I have almost no interest at all in Flat racing, apart from the big races like the Derby and the King George.

I’ve never had a runner on the Flat and I’ve only ever been to two Flat meetings in my life. I suppose you could say they were at the two extremes of the racing spectrum, as one was at Bath and the other was at Longchamp on Arc day. It was 1971, when Mill Reef beat the crack French filly Pistol Packer. Now that was an occasion! 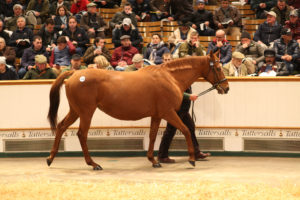 Up Next
Vibrant trade at Tattersalls