Analysis of the European yearling market in 2020
Stories

The Finish Line with Malcolm Denmark

Having made his fortune through advertising inserts in newspapers, Denmark came to prominence as an owner through the exploits of Monsignor and is now back in the limelight thanks to Great White Shark

When I owned Weathercock House in Lambourn I had a reputation as a ‘hire ‘em and fire ‘em’ sort of owner, but it just wasn’t true.

It was very difficult owning somewhere with a salaried trainer but the trainers all left because of their own personal circumstances. Mark [Pitman] left because he had to go back to Spain, Warren [Greatrex] got the offer of Uplands and left on very good terms, and I certainly didn’t fire Carl [Llewellyn]. I think anyone can see from the fact that Carl hasn’t trained since that he just didn’t want to do it.

I learned early that racing could be a very painful sport. In my first season, Father McCarten won at Huntingdon but came in with a ruptured tendon, so my elation didn’t last long.

Fortunately he came back to be second in the Reynoldstown Chase three seasons later, and in the meantime I’d had Monsignor. It was a great day when Monsignor won the Champion Bumper at Cheltenham, and I was thrilled my father was there with me, as he had been an armchair punter when I was growing up. I’d got into ownership so we could enjoy more time together. We were 50-1 and the talk was all of Golden Alpha, reportedly the best bumper horse Martin Pipe had ever trained. The commentator thought Golden Alpha had it won but then Monsignor just powered past near the finish. It was so exciting – he’s probably the reason I’m still here all of these years later.

When Monsignor went back to Cheltenham a year later he was unbeaten over hurdles and one of the bankers of the week, so it was totally different.

It was huge, as he broke the track record and won very impressively. He looked made for chasing and people were talking of him as a future Gold Cup winner, but sadly he never ran again. I was offered a lot of money for him but I never sell. Every horse I own is the same to me, whether I’ve bred them myself, paid next to nothing for them, or bought them quite expensively. If they are not working for whatever reason then I retire them to a little stud in County Waterford in Ireland. It’s important to me to know where they are and that they are well looked after.

To me you would just be the owner’s badge – I wonder why somebody would do that. I like to follow the growing up of a horse, whether it’s from a yearling or perhaps a three-year-old store horse, or occasionally as one I’ve bred. They all have problems and I like to know what they are and what we have to work with. I bought Great White Shark at Deauville as a yearling, my son Callum and I having decided we would like a bit of interest through the summer. We had our Flat horses with James Fanshawe because we knew he would be very kind and they would be in a good school. 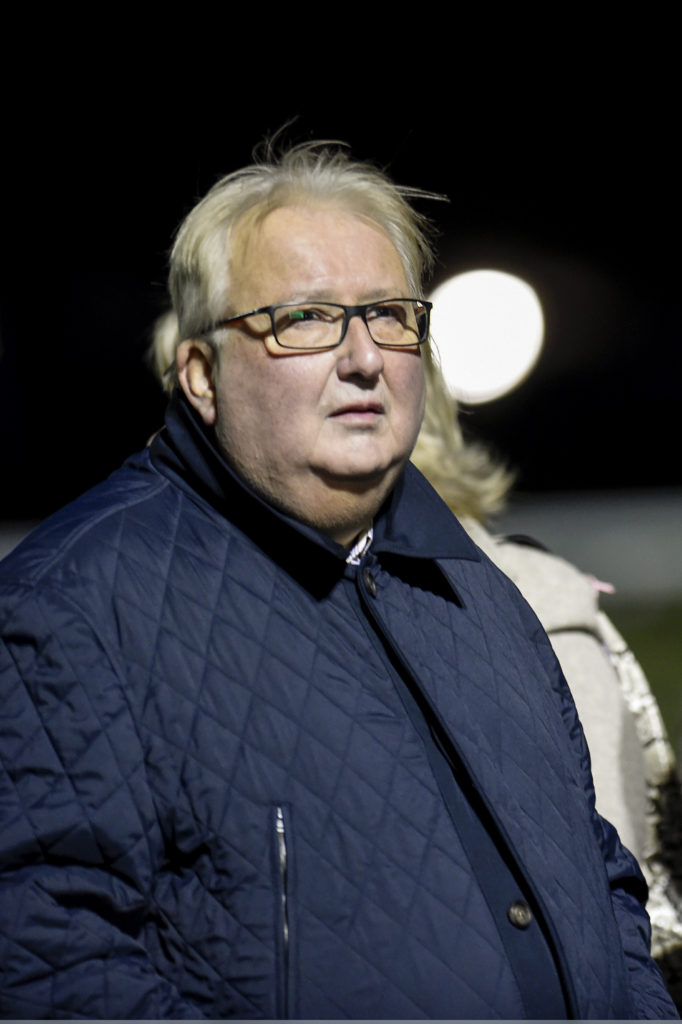 Great White Shark wasn’t bought as a dual-purpose horse, but when she had gone as far as she was going to go she went to Willie [Mullins].

She couldn’t jump a twig at first, but Willie’s team put a huge amount of time and effort into her and she is now a nice, decent- actioned hurdler, and a very nice person too. For Callum and myself winning the Cesarewitch might even have been better than winning big races over jumps. It was unexpected, in that we never dreamed we might be winning decent Flat races, and although Willie had said she had a decent chance, I’d have been happy to be in the first six. Also, I’d gone to Newmarket with my father as a boy – we would have been in the Silver Ring as we were from a fairly humble background.

As a non-gambler I have a problem with subsidising bookmakers’ businesses when they are putting so little back in.

In 2017 it had been announced that the Cesarewitch would have a pot of £1m. If you are in racing you aren’t necessarily hoping to balance your books, and we all understand this year that things are not as they were, but I think first prize in the Cesarewitch this year was around £125,000, from about £220,000 the year before. It’s disappointing and I think that bookmakers should be taking more of the pain.

When Pleasant Company was second in the Grand National it was hugely unexpected.

He’d always been hard to keep right and was prone to tie up. As with Monsignor in the bumper, we’d have been thrilled to be second when Tiger Roll went clear after the last, and we were mainly looking behind to see if anything might catch us. Then when they got to the Elbow he suddenly pricked his ears and took off, and it was so close at the line that Michael O’Leary said he thought we’d chinned him. The longer the photo took the more hopeful we were, but if somebody had said to me when I started out that I’d one day have a Grand National second I’d never have believed them, so it was fantastic anyway.

I have horses in both England and Ireland and so race in both countries.

The sport in Ireland is great and the people are great, but the facilities are really variable, especially away from the bigger tracks. I’m not complaining, as I’ve always been looked after very well, but some of them could do with a bit of an update. The difference in the UK is that I find it a bit clubby, with people in their cliques, but that doesn’t bother me. For me it’s always been about enjoying the sport with my family. 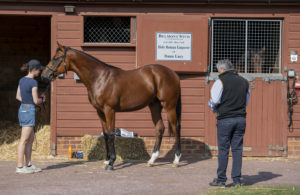 Up Next
Analysis of the European yearling market in 2020