By The Owner Breeder staff 28 September 2019

It’s Cambridgeshire day at Newmarket and before the big handicap unfolds with 31 runners galloping down the Rowley Mile, there are three fascinating juvenile contests to start the afternoon’s racing.

The Group 2 Juddmonte Royal Lodge Stakes (1m) kicks off the seven-race card and Qatar Racing’s Kameko looks a worthy favourite after his nose second in the Group 3 Solario Stakes at Sandown last month.

It’s the fillies that take centre stage in the Juddmonte Cheveley Park Stakes (6f). The Mark Johnston-trained Raffle Prize, successful in Group 2 events at Royal Ascot and the July Meeting, is back against her own sex after a terrific second to Earthlight in the Group 1 Prix Morny at Deauville.

Undoubtedly the most eagerly anticipated two-year-old event of the year so far is the Group 1 Juddmonte Middle Park Stakes (6f). Three unbeaten colts – Earthlight, Mums Tipple and Siskin – face off in a field of nine.

While Earthlight and Siskin already have Group 1 prizes to their name, Mums Tipple could be the one to side with following his stunning 11-length triumph in a sales race at York last month. The son of Footstepsinthesand, owned by Marian Lyons and Patricia Zanelli, has been described as “one of the nicest horses we’ve had” by trainer Richard Hannon. 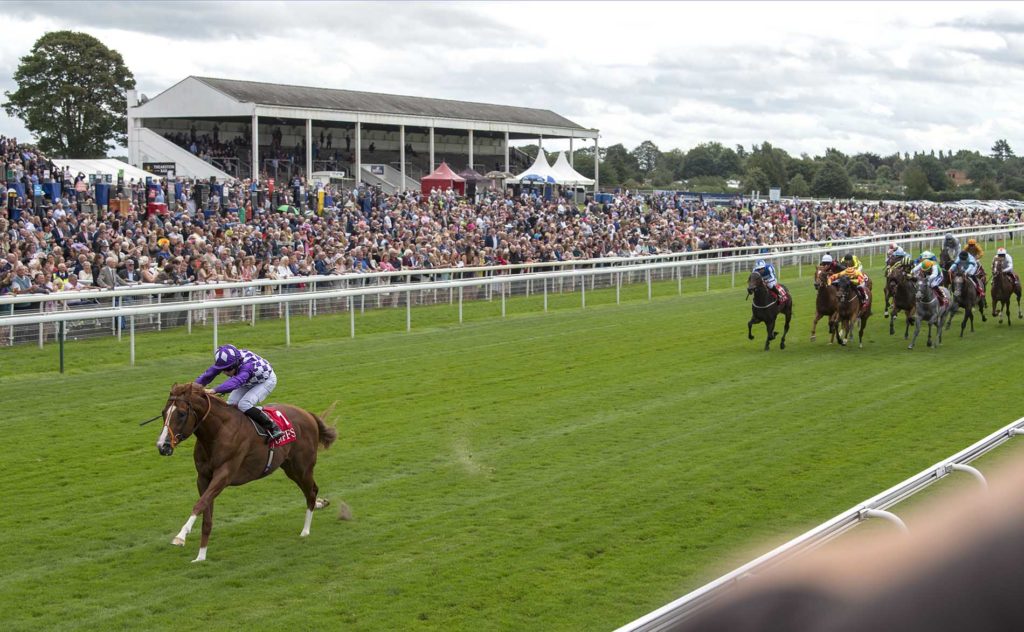 John Gosden and Frankie Dettori teamed up to win last year’s Cambridgeshire (1m1f) with three-year-old Wissahickon and their runner this year, Lord North, is sure to be popular representing the Classic generation. Le Don De Vie, trained by Hughie Morrison for Aziz Kheir, is another three-year-old who looks ready to produce a big performance.

Best of the rest

Away from Newmarket there are competitive cards at Haydock, Chester and Ripon. Haydock will hold an inspection after heavy rain left standing water on the course and caused the abandonment of Friday’s fixture after three races.

At the Curragh, popular 11-year-old Gordon Lord Byron takes his chance in the Group 3 Renaissance Stakes (6f) while 2017 St Leger hero Capri bids to get his career back on track in the Group 3 Loughbrown Stakes (2m).

There’s Grade 1 action at Santa Anita and Belmont Park later with Bob Baffert’s talented four-year-old McKinzie a short price to take the Awesome Again Stakes (1m1f, dirt) at the California track. The fillies and mares take centre stage in the Rodeo Drive Stakes (1m2f, turf) where Excellent Sunset, a daughter of Exceed And Excel formerly trained by David Lanigan, features among a field of six.

Three-year-olds Code Of Honor and Tacitus, first and second in the Grade 1 Travers Stakes at Saratoga in August, meet again in the Jockey Club Gold Cup Stakes (1m2f, dirt) at Belmont Park. Vino Rosso, Olympic Village and Preservationist complete the five-runner field, the last-named a brave winner of the Grade 1 Woodward Stakes at Saratoga on his most recent outing.

Towcester in the doldrums

The future of Towcester racecourse remains uncertain after the BHA moved the track’s October 9 fixture to Wincanton.

Towcester, which diversified into greyhound racing, went into administration last year and will now surely lose its other two meetings (in November and December) scheduled for 2019. 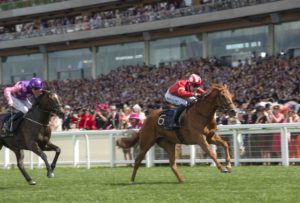