Having provided Willie Mullins with a historic first success in the Gold Cup last year, Al Boum Photo returns to Cheltenham bidding to secure back-to-back victories in the Grade 1 today.

Mullins has stuck to a tried and tested route with the eight-year-old, running him in the Grade 3 Savills New Year’s Day Chase in January, winning by six lengths from Acapella Bourgeois on his only start to date this season.

Last year, Al Boum Photo returned after a 252-day break at Tramore to win a Listed chase before being kept fresh, which proved all the difference as he recorded a two and a half length success over Anibale Fly.

The British contingent this year is headed by Richard Kelvin Hughes’ homebred Santini, who could provide Nicky Henderson with a third Gold Cup following Long Run’s success in 2011 and Bobs Worth, who took the 2013 edition.

Nigel Twiston-Davies is responsible for the final British-trained runner in the shape of Bristol De Mai, who finished third in 2019 and was last seen finishing second behind Santini at Cheltenham in January.

The final day of the four-day meeting gets underway with a bang as the exciting trio Allmankind, Goshen and Solo all clash in the Grade 1 JCB Triumph while Harry Senior heads the field for the Grade 1 Albert Bartlett Hurdle.

Apple’s Jade to visit Walk In The Park

Following her eighth-placed finish in the Stayers’ Hurdle at Cheltenham, Gigginstown House Stud’s Apple’s Jade has been retired. She is set to visit Walk In The Park for her first covering as a broodmare, news announced by ITV Racing.

Highly regarded point-to-pointer Killer Kane topped the Tattersalls Cheltenham Festival Sale when selling to Ross Doyle for £300,000 after racing at Cheltenham on Thursday.

The son of Oscar had won his point-to-point debut at Ballycahane easily earlier this month and had plenty of appeal being a half-brother to Supreme Novices’ Hurdle winner Go Native.

Brennan to miss the rest of Cheltenham

Paddy Brennan’s 2020 Festival is over after the jockey failed to recover from an ankle injury sustained in a fall at Cheltenham on Tuesday.

Brennan missed his rides on Wednesday to have physiotherapy in the hope of riding on Thursday and Friday.

Trainer Fergal O’Brien, who Brennan rides for, said: “Paddy will be out for the rest of the week, then he’ll reassess. It’s nothing serious and he won’t be out for long.”

Ireland to race behind closed doors

Horse Racing Ireland announced on Thursday that racing in Ireland will take place behind closed doors until March 29.

This follows the measures announced by the Irish Prime Minister that placed restrictions on gatherings of large groups of people to stop the spread of coronavirus.

Racecourse access will be restricted to essential service providers and industry participants. One groom and owner per runner will be permitted on course; only trainers with runners will be permitted and all personnel with horses will be asked to vacate after their horses have run.

HRI Chief Executive Brian Kavanagh said: “It is important that horseracing acts responsibly and plays its part in the efforts to limit the spread of Covid-19.

“That is why we are announcing, with immediate effect, that horseracing fixtures in Ireland will continue between now and March 29 but will be run behind closed doors with very restrictive access.

“Race meetings will not be open to the public, in line with measures taken by other international racing jurisdictions, such as France, Hong Kong, Japan and Dubai.” 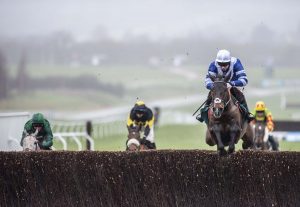