An unfortunate mistake when in contention last month put paid to Kapgarry’s chances at Wetherby but he can make amends in today’s handicap chase (2m6f) at Stratford.

Having been an impressive ten-length winner in November for trainer Nigel Twiston-Davies, Kapgarry could take advantage of the small field to regaining the winning thread.

His rivals include the Gary Moore-trained Antony, who sports a first-time visor in a bid to recapture his form, and Jonjo O’Neill’s Above Board.

There are also jumps fixtures from Plumpton and Taunton today while Kempton and Wolverhampton stage all-weather meetings.

Altior’s defence of his Champion Chase crown at Cheltenham on Wednesday is in doubt after trainer Nicky Henderson revealed on Sunday his stable star is currently lame.

Speaking to the Racing Post, Henderson said: “There’s a problem with Altior. He’s lame this morning and faces a battle against time to run in the Champion Chase.

“What’s happened is an old splint that has never worried him before has consequently reared up. He’s been on the water treadmill and cold water is great for that type of thing.

“We can’t give him any medication because it’s too close to the race, but there’s a chance he could make it. We’ll monitor the situation and see what he’s like in the morning.

“We have 48-hour declarations, so we can see what he’s like tomorrow and Tuesday, but we’ll be working day and night to get rid of it by Wednesday.” 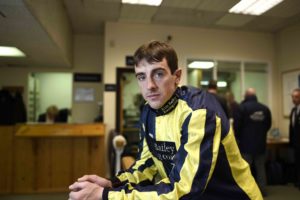