The Grade 3 novice hurdle (3m) is the feature race on Punchestown’s card today and the Gordon Elliott-trained Floueur will be bidding to secure a Graded success on only his second start for the Irish handler.

The five-year-old made his debut at Navan last month when he was a comfortable two and a quarter length winner of a 2m2f novice contest. He was made to work hard by the runner-up Cayd Bay on the run-in, but he outstayed his rival which suggests the step up to three miles should be within his reach.

Opposing him are the last time out winners Fully Charged, trained by Henry de Bromhead, the Jessica Harrington-trained Mr Hendricks and Lord Royal, who was a devastating 33-length winner at Clonmel on his debut for Willie Mullins last month.

In Britain today, jumps action comes from Musselburgh while there is an all-weather evening meeting at Southwell.

The British Horseracing Authority on Monday released eight videos that showcase the high standards of welfare that exist within the sport.

Featuring jump jockey Tom Scudamore and BHA vet Sally Taylor, the videos provide answers to a series of the most commonly asked questions about equines in racing.

The videos have been played out on big screens across British racecourses as well as being available for social media and broadcasters to use.

Taylor said: “While everyone who works in British racing is aware of the remarkably high welfare standards that exist within the sport, it is not necessarily the case that everyone who visits racecourses has full knowledge or understanding of just how well cared for our horses are, and what lengths the sport goes to in order to keep them safe.

“As a vet I can say with confidence that racehorses are extremely well cared for. Over 5.6m people visited British racetracks in 2019 – these videos are designed to inform and educate those racegoers about the lives that racehorses lead.” 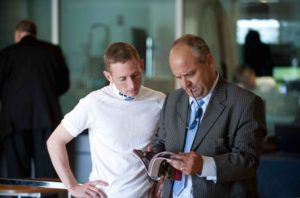