The six-year-old, owned by Joe Donnelly, won a point-to-point and bumper in impressive fashion. He secured a first victory over hurdles when a dominant 11-length winner at Newbury last month and this looks the ideal stepping-stone to the Cheltenham Festival.

He will face four rivals – Hang In There, Pacify, Shan Blue and Up The Straight.

Doncaster and Thurles (Ireland) also race over jumps today while there are all-weather meetings from Chelmsford and Newcastle.

Top-class turf performer Benbatl tries dirt in the Group 2 Al Maktoum Challenge R2 (1m1½f). Gronkowski, beaten a nose by Thunder Snow in the Dubai World Cup in March having previously finished runner-up to Justify in the 2018 Belmont Stakes, could be a formidable rival.

Brewin’upastorm, highly regarded by his trainer Olly Murphy, will not be seen again until contesting the Grade 1 Arkle Trophy at Cheltenham next month.

Having won twice over fences this season, Murphy and connections have opted not to give the seven-year-old one final prep ahead of his intended assignment at the Festival.

Speaking to the Racing Post, Murphy said: “He’s doing really well, and we’ve decided to go straight to Cheltenham with him. All of his best runs were when he was fresh, so that certainly won’t be a problem.

“He’ll have a racecourse gallop and a school beforehand just to put him spot on. He’s in great nick at the moment.

“We like the thought of going to Cheltenham as a fresh horse when a few of the others have had some real hard races.” 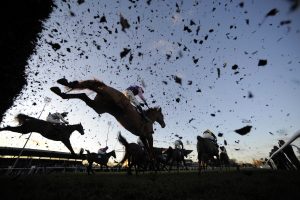 Up Next
Reprieve for Kempton Park