The Samuel Drinkwater-trained Some Can Dance comes into this contest off the back of victory in a novices’ chase at Ffos Las over 2m5f last month. Stepping up in trip should be no problem for the seven-year-old, as he won twice over 3m1f last season.

His opponents include previous course winner Over To Sam, trained by Harry Fry, and the Philip Hobbs-trained Truckin Away, who will be partnered by champion jockey Richard Johnson.

Defi Du Seuil and Un De Sceaux are on course for a rematch in Saturday’s Grade 1 Clarence House Chase at Ascot after they were among the five horses left in at Monday’s confirmation stage.

The pair met in the Tingle Creek Chase at Sandown in December when Defi Du Seuil triumphed by a neck.

Altior was the notable omission from the race with his trainer Nicky Henderson deciding to wait for the Betfair Exchange Chase at Newbury next month instead.

Henderson has left in Janika with Capeland and Marracudja the other two entries. 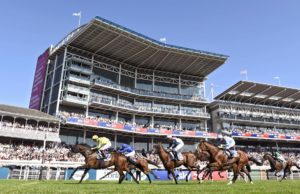