The alchemy of dreams and fairytales

Cirrus Des Aigles, the globetrotting gelding from France, is better than ever aged eight according to his trainer

When Cirrus Des Aigles crossed the line two lengths clear of Flintshire in this year’s Coronation Cup at Epsom for career victory number 21, it carried the eight-year-old’s earnings past £5.8 million.

Not bad for a gelding bred from a failed stallion and a given-away mare, who was bought for a pittance and took six runs to win his first race.

But the remarkable story of Cirrus Des Aigles is not about money, for all he has proved quite a money-spinner for his connections.

Since he made his breakthrough at the top level in the 2011 Champion Stakes, Cirrus Des Aigles has mixed it with the best around across the globe, sometimes winning, sometimes losing, but always giving his best.

The list of his past combatants reads like a who’s who of recent champions, an all-star cast featuring Frankel, Goldikova, Snow Fairy, So You Think, Farhh, St Nicholas Abbey and Treve, whose bubble he burst in this year’s Prix Ganay.

Whether or not he should rank higher than any of those names is open to debate but one thing is certain: Cirrus Des Aigles is the horse of a lifetime for his owners, Jean-Claude-Alain Dupouy and Xavier Niel and his trainer, Corine Barande-Barbe, who recalls his route to her Chantilly stable.

“My friend, Yvon Lelimouzin, worked for France Galop for many years,” Barande-Barbe explains. “When he retired, he started to breed from mares that people had given him over the years.

“Most of the horses Yvon sent me were not very good but I did train Mesnil Des Aigles, Cirrus’ half-brother, who was a decent handicapper.

“Cirrus Des Aigles arrived with me as an unbroken yearling. We broke him in at the yard and gelded him in the March of his two-year-old season. He had a problem with his testicles – he was a rig – so the vet told us we had to have him gelded.”

Thus the possibility of a stallion career was ended before Cirrus Des Aigles had ever set foot on a racecourse. He was bought by his owners as part of a job lot of three horses “for around €50,000”, according to the trainer, who sold him on without retaining a share for herself. 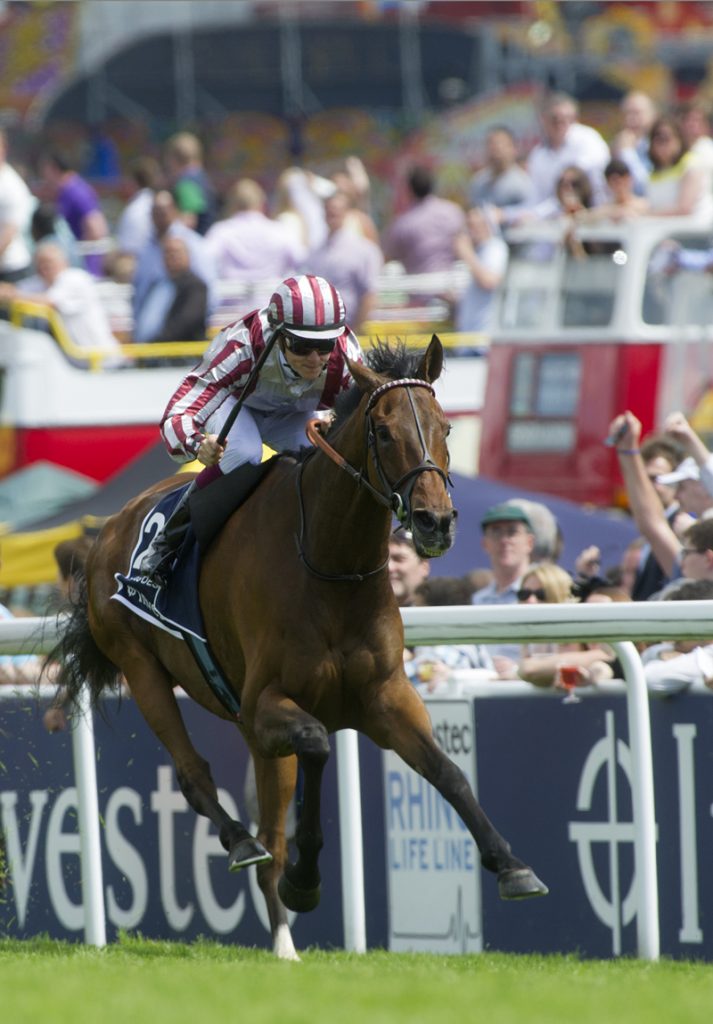 Winless after four runs as a juvenile, Cirrus Des Aigles enjoyed a busier time than any of his contemporaries at three, running 17 times. He showed rapid progress throughout the year, winning the Group 2 Prix du Conseil de Paris and finishing off with a close fifth in the Hong Kong Vase.

Barande-Barbe says: “I knew he was a Group 1 horse after Hong Kong. I told the owners so and said he could be the new Jim And Tonic [another globetrotting Group 1-winning gelding from France]. But I was wrong. He was far better than him.”

Despite a 21-win career that includes six Group 1s, perhaps Cirrus Des Aigles’ best performance came in defeat, against the mighty Frankel in the 2012 Champion Stakes, when the testing ground looked certain to play to the gelding’s strengths.

I don’t take holidays because, when it comes to my horses, I want to watch all the details – the devil is in the detail

Barande-Barbe recalls: “I was confident before Ascot – the forecast was for wet weather and I thought the going would be softer than Frankel likes. The distance was perfect for us and I really believed we could beat him.

“Frankel had a pacemaker but he didn’t go hard in front. I remember during the race thinking we had a chance – Ascot seemed to go silent and for a second there was a fear that Frankel would be beaten and the dream would be broken! But I’m proud of what we did and I’m happy for the result to stay like it is.”

You might have thought Barande-Barbe’s phone would have been hot following her achievements with such a modestly-bred animal. The answer could not be further from the truth. Yet the trainer, who announced her talents with the top filly Carling, winner of the Prix de Diane and Prix Vermeilles in 1995, is anything but bitter.

“I have a lot of boxes but only 24 horses,” she says. “Most of the horses are mine and I don’t have many clients. I’m not ‘married’ to any bloodstock agents. I would like to earn enough to keep going. I don’t want to be rich, just happy.

“I chose this job. Everything is possible if you work hard. I don’t take holidays because, when it comes to my horses, I want to watch all the details – the devil is in the detail.”

As for the season ahead, Cirrus Des Aigles won’t race until the autumn as he recovers from a minor leg injury sustained in his Coronation Cup triumph. He is being prepared for the Prix Dollar, a race he has won three times, on Arc weekend – as a gelding he is ineligible to run in the Arc itself. Then it’s on to Ascot for another crack at the Champion Stakes on October 18.

“I’m not sad we cannot run in the Arc,” says Barande-Barbe. “Although I think we would have won it by now. But it’s better to look at what you can do rather than worry about things you cannot change.

“Cirrus Des Aigles is just an extraordinary horse. Running is not a drama for him. It is his job and he enjoys it. I know he’s eight but he doesn’t know that; every season he thinks he’s six months younger! He knows more than I ever will.

“I would love to win the Champion Stakes again. Then there’s the Grand Prix de Saint-Cloud and Dubai. He always travels very well – when he won the Sheema Classic he weighed more the day after than he did before the race!”
She adds: “I’m just very lucky and so proud of my horse – it’s the alchemy of dreams and fairytales.”

Unfashionable sire who never made it

It would be fair to say that Even Top’s stud career pretty much starts and ends with Cirrus Des Aigles. The fact is that Corine Barande-Barbe’s star is one of only two recorded winners on the Flat by the stallion, who enjoyed only marginally more success as a National Hunt sire.

Trained by Mark Tompkins, Even Top, a son of Topanoora and the Niniski mare Skevena, was a high-class performer on the Flat at up to ten furlongs. As a juvenile he won the 1995 Somerville Tattersall Stakes, then a Listed contest, and finished second to Beauchamp King in the Group 1 Racing Post Trophy.

On his first start at three, Even Top failed by the narrowest of margins to become a Classic winner, losing out by a short-head to Mark Of Esteem and Frankie Dettori in the 2,000 Guineas, with Group 1 winners Bijou D’Inde, Alhaarth, Beauchamp King, Danehill Dancer and Royal Applause all behind.

It was this performance that convinced Yvon Lelimouzin, who had seen a recording of the race, to send his unraced Septieme Ciel mare Taille De Guepe to Even Top, then standing at the French National Studs, having relocated from Clara View Stud in Ireland. The result of that mating is better than anyone could have dared to dream.

To date, Taille De Guepe has produced one other winner in the shape of Mesnil Des Aigles, a handicapper by Nureyev’s son Neverneyev, who raced for the same owner and trainer as his more talented half-brother.

Cirrus Des Aigles’ fifth dam, Run Honey, features as the fourth dam of Septimus, a high-class stayer on the level and winner of the 2008 Irish St Leger. Further back in the family is Lady Peregrine, whose son Flamingo won the 2,000 Guineas in 1928.

Even Top, the one hit wonder, died in 2009. His offspring may be few in number but his name is recalled every time Cirrus Des Aigles appears on the track. 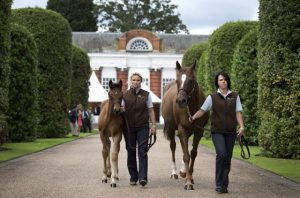 Up Next
A new breed of horse sale