Terry Biddlecombe to be remembered

On the day that Terry Biddlecombe’s memorial service took place at Prestbury Park, officials at Cheltenham Racecourse have announced that this year’s National Hunt Chase at the Festival is to be named in honour of the former champion jump jockey, who died in January at the age of 72.

Champion three times in the mid- to late-sixties during his illustrious career in the saddle, Biddlecombe rode nine winners at the Chetltenham Festival, including the 1967 Gold Cup winner Woodland Venture. It is with another Gold Cup hero that he was readily associated in recent years via the treble winner Best Mate, trained by his wife Henrietta Knight.

“It is a great honour that Cheltenham is naming the National Hunt Chase after Terry this year,” said Knight.

“He would have been very touched. Cheltenham always was his favourite racecourse.”

Last year, the National Hunt Chase was run in memory of Lord John Oaksey. At four miles, the race for amateur riders is the longest run at the Festival, and it is also the oldest race, having first been staged in 1860.

Ian Renton, Regional Director of the South West region of The Jockey Club, added: “Terry always loved Cheltenham and I’m sure had many happy memories from the course, both during his riding career and the years when he and Henrietta were training.

“We all remember the mighty Best Mate but some of the older racing fraternity will also remember his Gold Cup win on Woodland Venture in the 60s. It is only fitting, therefore, that he is remembered at this year’s Festival.” 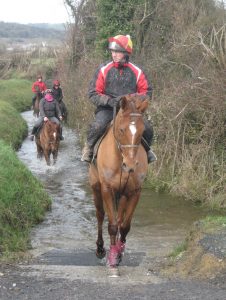 Up Next
The Golden touch