Irish-bred daughter of Sir Prancealot, who has lowered the colours of Uni, Newspaperofrecord and Got Stormy, forms part of a quality offering from Taylor Made Sales

What do those top North American mares Uni, Newspaperofrecord and Got Stormy each have in common? They have all at one stage come up short against the tenacious Irish-bred Beau Recall.

Beau Recall’s lengthy race record is highlighted by a quartet of victories at Grade 2 level but there is no doubt that the six-year-old is a Grade 1 calibre mare, all of which should make the daughter of Sir Prancealot a hugely desirable commodity when she goes through the ring as Lot 194 during Monday’s opening session of the Keeneland November Sale in Kentucky.

Beau Recall forms part of a quality-laden consignment from Taylor Made Sales Agency, whose racing arm, Medallion Racing, has campaigned the mare in partnership with Slam Dunk Racing since the summer of 2017.

Bred by Tom Wallace out of the Great Commotion mare Greta d’Argent and bought for just €17,000 as a Fairyhouse yearling by Irish trainer Adrian McGuinness, Beau Recall came to the attention of American interests after winning a claiming maiden at Tipperary in the August of her two-year-old season.

Sent to Simon Callaghan, she adapted so well to the Californian circuit that by the close of her three-year-old campaign she boasted multiple Graded stakes placings headed by a narrow loss in the Grade 1 Del Mar Oaks.

The following year, she broke through with a success in the Grade 2 Royal Heroine Stakes at Santa Anita.

However, the mare really came of age as a five-year-old last year after shifting to Brad Cox, for whom she rattled off wins in the Grade 2 Longines Churchill Distaff Turf Mile and Yellow Ribbon Handicap, on each occasion sealing victory with a potent change of gear. She was also second in two renewals of the Grade 1 Just A Game Stakes prior to a second win in the Distaff Turf Mile, in which she claimed the scalp of champion Newspaperofrecord.

Beau Recall took the Churchill Distaff Turf Mile for the 2nd year in a row this afternoon @ChurchillDowns. A big thank you to the job the @bradcoxracing team has done with this filly & to @jockeyfranco for riding her perfectly. Thank you to @ZenyattaMafia for the great shot. pic.twitter.com/okAioyAlPN

“Beau Recall could quite possibly be the most talented mare we have ever sold that did not win a Grade 1 yet,” says Mark Taylor, Vice-President of marketing and public sales operations of Taylor Made Sales.

“She has defeated some of the best mares in North America over the last few years including Uni, Newspaperofrecord, Got Stormy, Vexatious and Con Te Partiro.”

Beau Recall heads to the sale with current form to her name, having run second to Uni in the Grade 1 First Lady Stakes at Keeneland on her most recent start.

“Uni is already a one-time Breeders’ Cup winner and could repeat this weekend,” says Taylor. “Beau Recall has beaten her once and gave her a great run last time out with a trip that was less than ideal.”

The mare sells as a racing or broodmare prospect but with a race record that consists of eight wins from 30 starts for over $1.4 million in earnings, it would be no surprise to see her sell to an end user with a breeding career in mind. Whether she remains in North American or sells overseas is harder to predict as she boasts the profile to also pique the attention of Japanese and European interests.

Regardless of how her future unfolds, Beau Recall will be remembered in American turf racing circles as a driving force behind the relentless American rise of her sire Sir Prancealot, described by Taylor as a horse who is ‘continuing to prove himself as a top stallion on both sides of the Atlantic’. The former Tally-Ho stallion, who is now a popular shuttler to Rancho San Miguel in California, has been something of a revelation across the Atlantic, where his runners also include Grade 1 winner Lady Prancealot and stakes-placed Applecross; that pair also sell within the Taylor Made consignment as Lots 48 and 184.

Other lots of European interest to sell at Book 1 of the Keeneland November Sale include:

7) FOREVER FOR NOW: a descendant of Urban Sea, this daughter of War Front has gained several notable pedigree updates in recent weeks as a half-sister to the promising Aidan O’Brien-trained two-year-old Carlisle Bay, who recently ran third in the Group 3 Eyrefield Stakes, and a relation to Cox Plate hero Sir Dragonet.
Offered by Taylor Made Sales Agency in foal to Justify

58) MAGIC FOUNTAIN: another member of the illustrious Urban Sea clan, this daughter of War Front is out of the Irish Oaks heroine Bracelet.
Offered by Hill ’n’ Dale Sales Agency in foal to Justify

98) QAFILAH: the earner of almost $120,000 herself, Qafilah boasts a very current pedigree as a half-sister to Prix Morny and Queen Mary Stakes heroine Campanelle, who bids to extend her unbeaten record in Friday’s Breeders’ Cup Juvenile Fillies Turf.
Offered by Eaton Sales

165) VITE: daughter of Curlin is out of the Princess Margaret Stakes heroine Visit and therefore a granddaughter of Group 1 producer Arrive, a sister to blue hen Hasili.
Offered by Paramount Sales in foal to Constitution

235) c War Front – Elizabeth Browning: the first foal out of an Irish Group 2 winner who is a sister to Group 1-winning two-year-old Johannes Vermeer.
Offered by Taylor Made Sales Agency

237) ENTICED: 800,000gns yearling purchase is a sister to Classic hero Capri as well as Group 3 winners Cypress Creek and Passion, a recent third in the Qipco British Champions Fillies & Mares Stakes
Offered by Denali Stud in foal to Justify 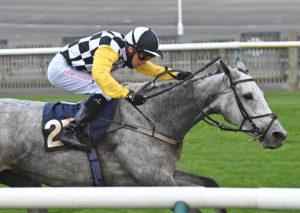 Up Next
The Finish Line with Malcolm Denmark