All the talk in the lead-up to the Group 2 Al Basti Equiworld Dubai Dante Stakes had focused on champion two-year-old Too Darn Hot’s long-awaited reappearance. However, for the first time in his career, he had his colours lowered by the Hughie Morrison-trained Telecaster at York on Thursday.

Telecaster, a rapidly progressive three-year-old son of New Approach, was bred by Meon Valley Stud and races in the colours of Castle Down Racing, which is used by the operation for colts who have not been sold at the yearling sales.

It was Too Darn Hot’s stablemate, the John Gosden-trained Turgenev, who set the pace with Telecaster from the off and approaching the home turn, the pair had a significant advantage over the rest of the field.

Under the urgings of Frankie Dettori, Too Darn Hot was asked to close and for a while it looked as if the son of Dubawi had the measure of Telecaster. Yet Telecaster was not to be denied, as he matched Too Darn Hot stride for stride before edging clear for a length success under Oisin Murphy.

Mark Weinfeld, who manages and part owns Meon Valley Stud with his sister Helena, said: “When he went on out ahead with Turgenev I thought that was it, we’ve done it now. But he did just settle in and kept going and going – he wasn’t going to give up at the end.

“Hughie thinks Telecaster will keep developing as the year goes on.”

Morrison was delighted with the performance of the colt who had only made his debut in March this year behind King Power Racing’s exciting colt Bangkok. He said: “We’ve done it the hard way, haven’t we? We had to grind down the pacemaker and usually after that they get picked off.

“Too Darn Hot obviously needed the race and we’ve had runs this year, so that is to our advantage, but Telecaster is a pretty special horse. It’s been a big team effort as he is quite keen and on his toes, but that’s him.

“Hughie thinks Telecaster will keep developing as the year goes on”

“I’ve had nothing like him before and there’s nothing I’ve got at home that can go with him, but I don’t need one as he does plenty.”

Telecaster is by Darley stallion New Approach, winner of the 2008 Derby, and out of Meon Valley’s Oaks and Irish Oaks runner-up Shirocco Star. He went to Book 1 of the Tattersalls October Yearling Sale where he was a 180,000 guineas vendor buyback.

Success in the Dante Stakes comes a day after Meon Valley were responsible for breeding their 1,000th winner when Starcaster, Telecaster’s year older half-brother by Dansili, struck in the 1m4f handicap for Jedd O’Keeffe on the Knavesmire. 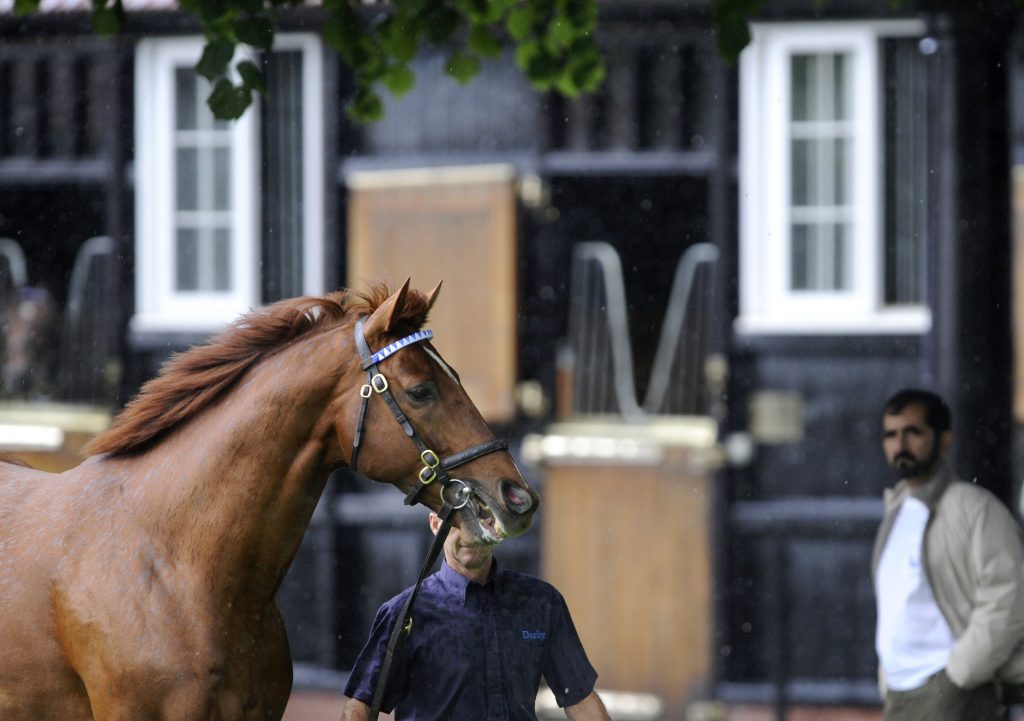 The stud also toasted another impressive result last weekend when their Frankel filly Anapurna was a six-length winner of the Listed Oaks Trial at Lingfield.

Weinfeld said: “You go years for moments like we’ve had this week. This is the first really good colt we’ve had in our colours and Castle Down Racing is made up of friends and family – it’s actually the name of the hill next to the stud.

“The Helena Springfield colours [black with white spots] are very much associated with fillies and those fillies will go back to the stud, whereas normally the Castle Down Racing colts are sold at the end of their racing careers.

“We used to have Starcaster who won yesterday. We try not to keep colts for the stud, and we set up Castle Down Racing to race them and hopefully if they’re good, you can sell them later on.”

“You go years for moments like we’ve had this week”

The Dante is of course a key trial for next month’s Investec Derby and the last horse in recent years to complete the famous double was Golden Horn in 2015. Telecaster does not hold an entry for this year’s contest, having been taken out before he hit the racetrack, and would now have to be supplemented at a cost of £85,000.

Morrison said: “The Derby is the way you would like to think, but it’s 16 days away and he’s had more than a racecourse gallop today. It’s a big call. He looked a very good horse today, but we’ll sit down and discuss it and give it a few days.” 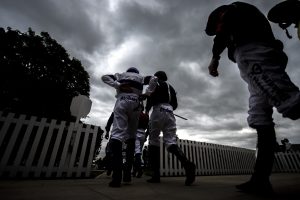 Up Next
Industry study reveals pressures on jockeys