Lilbourne Lad off the mark
Stories

The TBA has issued a ‘call to action’ to the racing industry to preserve the British-bred stayer, which a recently commissioned study shows is in decline.

The report highlights a fall in the number of proven staying stallions at stud, which has implications not just for Flat racing but also the National Hunt sector, which relies largely on stamina-laden Flat performers for its stallion base.

An increase in demand for stayers to be exported to Australia has also raised concerns that this will lead to a shortfall of such runners domestically, with the study highlighting the fact that, since 2011, more than 50 stakes races in Australia have been won by European-bred horses, including the last four winners of the Melbourne Cup.

TBA Chairman Richard Lancaster said: “This research was commissioned as a result of two triggers, the European Pattern Committee downgrading the Queen’s Vase, and then the Bahrain Trophy being put on the ‘at risk’ list. Both deliver a worrying picture that the staying Pattern and black-type programme is under threat and, as a consequence, the stayer is in decline.

“The TBA wanted to ascertain a complete and thorough analysis of the breeding and racing staying landscape in order to act quickly before the issue escalated and more vulnerable black-type staying races are downgraded.”

In a bid to maintain the diversity of races for which British racing is famed, the TBA is hoping that, in agreement with the BHA’s race-planning department, certain alterations can be made to the racing programme to enable a better progression for stayers, particularly three-year-olds and fillies.

The British staying programme – which covers races of 12.5 furlongs or more – currently includes 27 stakes races, which is approximately 9% of black-type races. Currently there are no conditions races in this bracket for three-year-olds before or after Royal Ascot, where the Queen’s Vase, which now holds Listed status, is run over two miles. Estimate, winner of the race in 2012, went on to land the following season’s Ascot Gold Cup while other recent winners include subsequent St Leger hero Leading Light won the St Leger and Australian Group 1 winner Hartnell.

The Northumberland Plate in June is the first staying handicap of the season which is open to three-year-olds but no horse of that age has featured in the last 10 editions of the race.

Oaks-winning owner/breeder Julian Richmond-Watson, who chairs the TBA Flat Committee, said: “It’s very much part of the TBA ethos to look after the heritage and represent the future of British racing.

“This isn’t a crisis yet but we are heading towards one and we believe that we need a carefully considered and enhanced racing programme with greater emphasis that the stayer brings to flat racing.”

Richmond-Watson also emphasised the importance of Flat staying bloodlines to National Hunt racing and added: “We must take urgent action to avert the decline. It is in all our hands to promote and preserve the stayers and the staying programme that is so important to Britain.”

Speaking at the campaign launch, the chairman of the British European Breeders’ Fund (BEBF) Philip Freedman added his support to the TBA’s aims through increased BEBF funding for staying races.

He commented: “We’ve looked at the races we sponsor and there is a dearth of races over 12 furlongs or more that we’re involved with. It’s important that we lend additional support, both for two-year-old staying races and for developing three-year-olds.”

The BHA’s Director of Racing Ruth Quinn added: “This is an area that we’re keen to focus on and the European Pattern Committee and the BHA recognise all that’s been said here in terms of the scale of importance of ensuring the long-term health of the staying animal.” 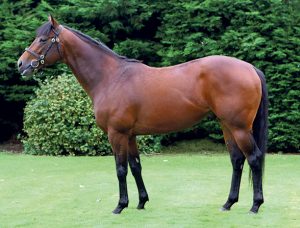 Up Next
Lilbourne Lad off the mark