Brits excel down under for Pegum
Stories

TBA Chief Executive Louise Kemble said: “The TBA was able to extend its support for both veterinary research and bloodstock promotion in 2011 and this included race sponsorship.

“The Board took the view that through direct sponsorship the TBA reinforced its commitment to ensure that in spite of declining Levy funding, Britain must retain its international reputation for quality racing. In order to do so our Pattern races must be underpinned by a race programme offering sufficient, well-funded race opportunities to test the British racehorse population.

“The TBA hopes to extend this support in 2012, whilst a similar initiative is also underway to support additional black-type opportunities for mares under NH rules.”

Michael Prosser, Newmarket Racecourses’ Director of Racing, said: “First and foremost, we are absolutely delighted to be staging the race, further to discussions with the British Horseracing Authority and the Thoroughbred Breeders’ Association. It was identified that there was a gap for such a contest by the BHA – and the TBA very kindly offered its support.

“As a result of talks between all parties, our October 19 race-card has now been significantly enhanced and we are very much looking forward to the race being run over the famous Rowley Mile.” 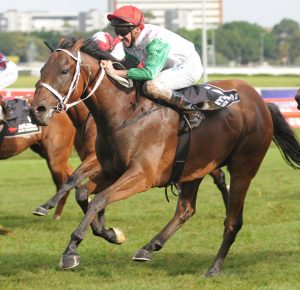 Up Next
Brits excel down under for Pegum