British breeding industry is in a fragile state, with the National Hunt sector in “critical” condition, according to the findings of an Economic Impact Study (EIS) commissioned by the TBA.

With around 10,000 people employed directly or in subsidiary roles within the breeding industry, which is estimated to be worth £281 million annually to the British economy, the TBA is calling on the government to ensure that Britain’s 3,000-plus breeders receive the investment and support needed to sustain their businesses.

Stating that the report had “confirmed our worst fears”, TBA Chairman Richard Lancaster pointed to the contraction of the British foal crop, which has been reduced by more than 25% over the last five years, as one of the most important issues facing the industry.
He said: “It has identified some alarming and potentially critical issues, the most serious of which is the supply base and production of foals, which are vital to fulfil Britain’s racing fixture list.

“Any further drop in foal numbers will result in a contraction of the programme and the further marginalisation of racing as a sporting product.”

Lancaster also believes that the report, which states that a third of Flat breeders are losing money, reveals that indicators such as big crowds at Britain’s major race meetings do not reflect the true state of British racing.

He added: “Despite seeing packed stands at flagship meetings like the Derby, Royal Ascot and the Cheltenham Festival, the findings suggest that this is nothing more than an illusion, masking a serious underlying problem and the stark truth that our industry is in a fragile state.”

It is activity within the British National Hunt breeding sector which most concerns the sub-committee tasked with implicating an action plan to overcome problems highlighted in the PricewaterhouseCoopers (PwC) report. Despite the popularity of jump racing in Britain, with National Hunt races accounting for around 40% of the sport’s annual betting turnover, only 647 purpose-bred jumps foals were born in the country last year, compared to 2,400 in Ireland.

“The racing programme depends on significant numbers of imports from Ireland and France to fulfil its daily delivery,” said TBA Board member Philip Newton, who is also Chairman of the EIS sub-committee. “This is neither a healthy nor sustainable strategy for any industry and urgent steps need to be taken to incentivise and encourage National Hunt breeding in Britain.”

With the introduction of initiatives such as the Elite National Hunt Mares Incentive Scheme and the National Hunt Foal Show, which is set to become an annual fixture, the TBA is already addressing the need to stimulate the dwindling jumps breeding fraternity and it is currently in discussion over new proposals for a further incentive scheme and direct financial support for National Hunt and dual-purpose breeders.

Newton added: “We’re shocked at the fragility of our supply base. National Hunt is a major issue and we have a number of serious proposals in the pipeline. We expect to have a detailed proposal in front of the BHA and Levy Board by the summer.

“We need to encourage owners to have more mares in training and then retain them for breeding purposes. It’s disappointing that so many people go off to Ireland and France to buy horses but we’ve been left behind.”

It’s not solely National Hunt breeding which the sub-committee aims to boost. Other plans include the commissioning of an independent tax review which will look at the situation in Ireland and France with a view to the TBA being able to lobby the government for a more advantageous regime for British breeders. An enhancement of the TBA-backed fillies-only race series, with the aim of quality fillies and mares being retained in the country through increased financial support, is also on the cards.

“We needed a route map for the breeding industry and the TBA’s blueprint and strategy will evolve from this. The study has identified both the fragilities and the opportunities and we’ve produced the facts for the racing industry to digest,” said Newton.

With around 75 larger, or commercial, operators, a significant number of the 3,124 breeders in Britain have only one or two mares but are responsible for 34% of the foal crop. The PwC report notes the “significant” contribution of these participants, many of whom are operating at a loss financially: “The industry includes circa 2,500 breeders with one or two broodmares operating on a recreational rather than commercial basis. We estimate that between them they produce around 1,500 (34%) of the total foal crop each year and as a result are an important part of the both the breeding and wider racing programme.”

Newton acknowledged the need to support this sector, with the formation of a small breeders’ group being one of the planned responses.

He said: “We’re not trying to separate the interests of small breeders and larger breeders, but to highlight how sensitively balanced the supply base is. We can ill afford to lose even 50 breeders who produce one or two foals a year.

“We have clear ideas on how we need to start addressing the problems surrounding the UK breeding industry. Racing as a whole is a really important industry in Britain and we as breeders help to support the racing industry, which employs around 86,000 people.

“The TBA has three responsibilities – to the industry, to our members and to the country. Our message is simple: no breeders, no horses, no racing.

“That doesn’t mean we’re assuming a greater importance in the industry than anyone else, but it’s stating a fact. We have to be able to sustain a viable Flat and National Hunt breeding industry in this country.”

In its bid to improve breeders’ prospects, the TBA intends to work closely with other industry stakeholders, including the Levy Board, British Horseracing Authority and the Horsemen’s Group.

Philip Freedman, an owner/breeder who is also Chairman of the Horsemen’s Group, said: “Only a very small part of the breeding industry can be regarded as commercially viable. There’s the impression, particularly from some of the higher yearling sales prices, that breeding is a profitable activity but the vast majority of breeders are doing it as part of their owning activities. 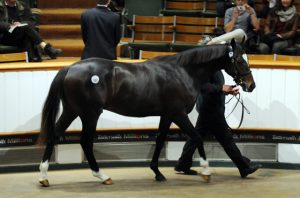 Up Next
Good run continues for Easterby